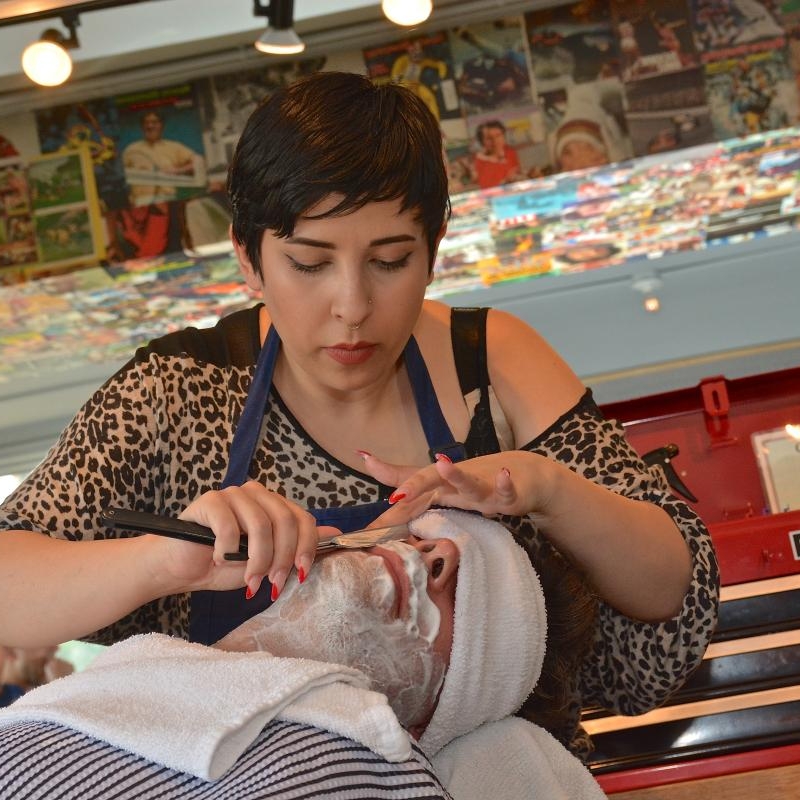 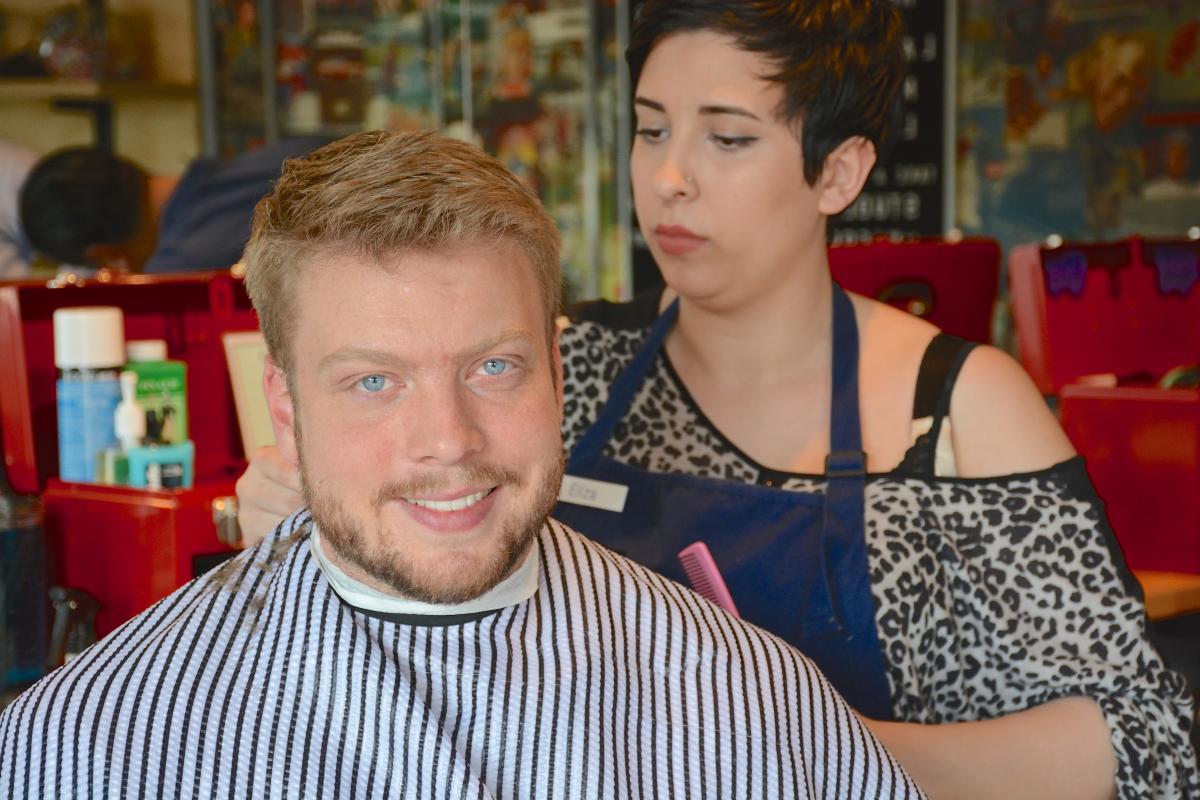 Urology resident Joe Fantomy, MD, flexes his Mo Bro muscles by getting a lil’ take off the top. “I’m not quite ready for a complete shave down,” admitted the bearded MoDukes team member.Summer may have just started, but Mo Bros everywhere are already thinking about fall. Having raised almost $20,000 for the Movember Foundation and the fight against prostate cancer, the Mo Bros making up Team MoDukes are shaving down and upping the ante in preparation for the this year’s hairy month of November.

“It’s great to be here in Durham,” said Movember Foundation exec Paul Villanti, who recently traveled from his native Australia to meet with Duke Mo Bros and their supporters. “It’s never too soon to start thinking about Movember.”

Villanti oversees the foundation’s program global investments in prostate cancer, testicular cancer and mental health initiatives. Having a particular interest in leveraging the foundation’s role as a funder to accelerate improved health outcomes for men through worlwide collaboration, he heads up the Movember Foundation’s global action plan.

Vallanti and members of the MoDuke’s met in late May at Durham’s chic new barber shop, Pedro Williams. Gearing up for the next Movember campaign, the men sank into leather-lined barber chairs, some reclining for a hot shave and others sitting up straight for a little off the top.

“Since its inception the Movember community has raised more than half a billion dollars to fund over 800 programs in 21 countries,” said medical oncologist and MoDukes team captain Andrew Armstrong, MD, ScM. “This year we received $1.4 million from the Movember Foundation for prostate cancer research conducted here at Duke.” 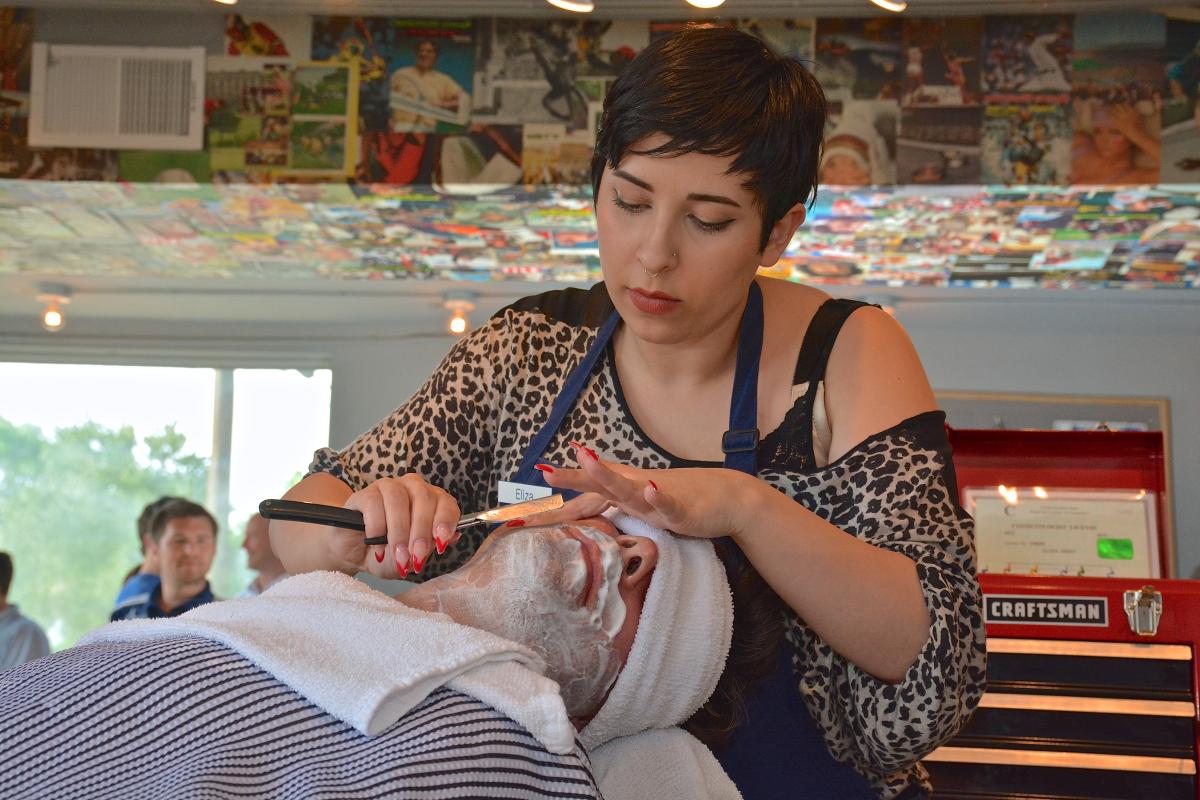 Eliza, one of the barbers at Pedro Williams, schools Dan George, MD, in an old fashioned hot shave.The Movember Foundation also awarded $1.6 million to Drew Peterson, MD, for his work on an interactive cancer survivorship care plan for men living with prostate cancer.

“We are acutely aware that there are many unmet physical and mental health issues relating to prostate cancer that need to be addressed as a priority, which is why improving the quality of life for men living with the disease is very high on our agenda,” Vallanti told Duke Urology Update. “Just as men are sprouting moustaches across the country to join in our fight against prostate cancer and prostate disease, we are going to join practitioners across the country to prove how we can do better for men.”

Each year American men, along with their bros around the world, are asked to shave the date. On November 1 Mo Bros shave down to grow moustaches throughout November. The annual campaign raises awareness and millions of dollars. Team MoDukes hopes to raise $40,000 this year, $20,000 more than that raised in 2014. 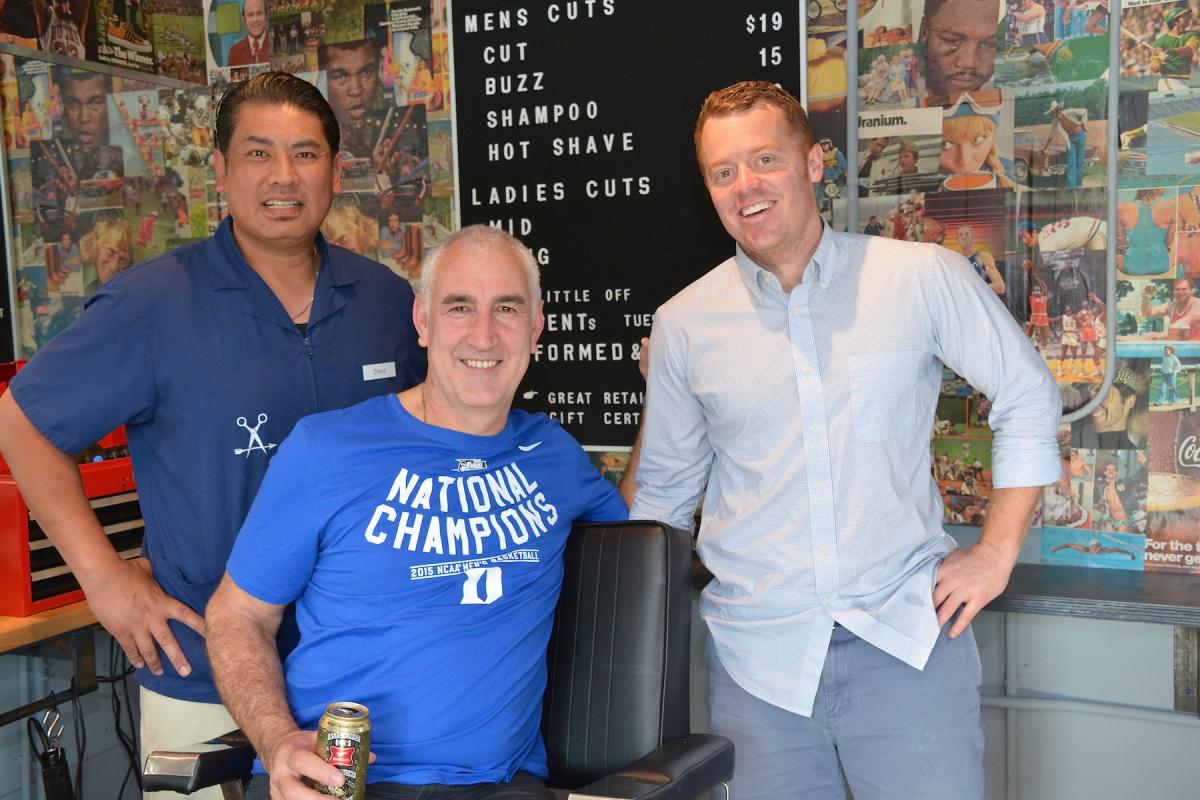 Pete Phipps, owner and operator of Pedro Williams and Arrow Haircuts, poses with his barber, Steve, and client, Paul Villanti, of the Movember Foundation.To “get the party started” Durham’s newest barber shop, Pedro Williams, and its sister shops in Raleigh, known as Arrow, are teaming up with Triangle Mo Bros to offer complimentary shaves on November 1.

“We’re always looking for ways to help our community look good and feel good,” said Pete Phipps, owner of both Arrow, in Raleigh, and Pedro Williams, in Durham. “We’ll give free shaves all day. In fact, we’ll make a party of it, and that includes an icy cold brew for every Mo Bro.”

To get the long and short of it, visit Pedro Williams, in Durham, or Arrow, in Raleigh, where shorter hair is guaranteed. For more information about the Movember Foundation, the upcoming fundraising campaign and Team MoDuke, visit us.movember.com.

Where in the world is Pedro Williams? Cut to the chase here. 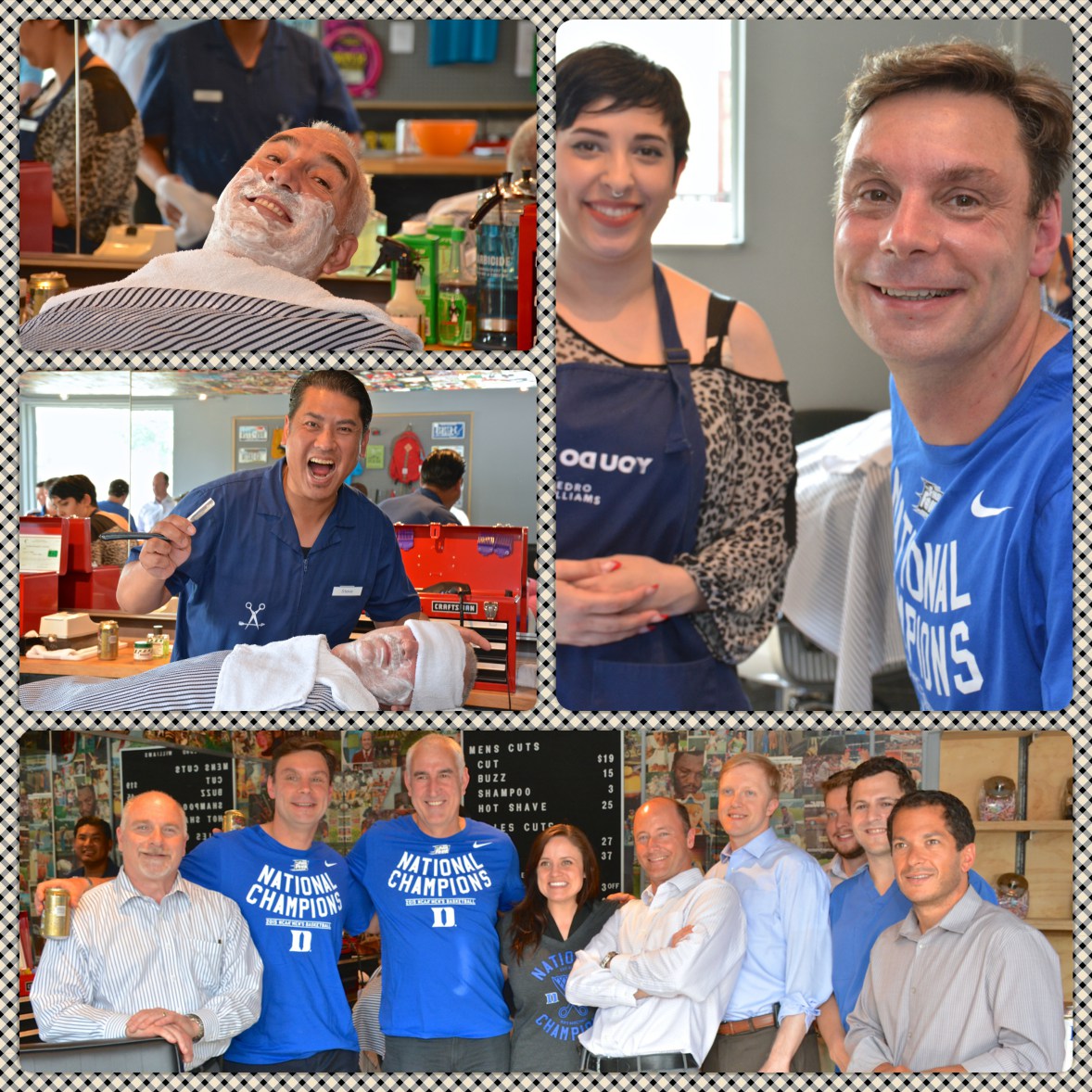