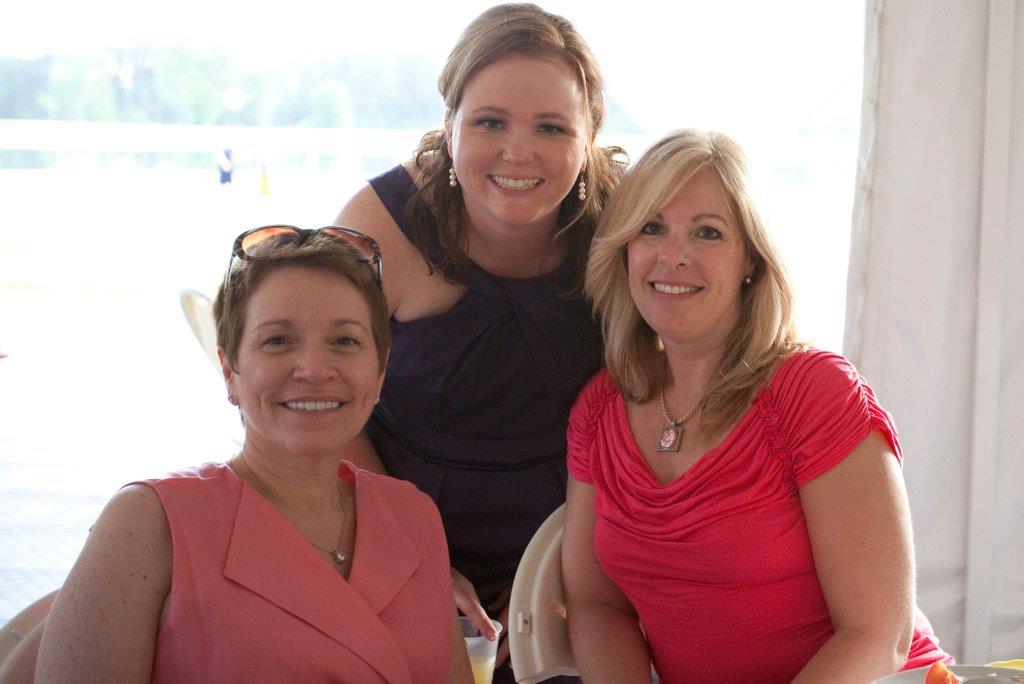 Bethany Clements (left) with fellow Duke oncology nurses Kim Ward (middle) and Lynn Harrison (right).Bethany Clements, 54, has been an oncology nurse at Duke Cancer Institute for the past 25 years. Clements dedicated her career to helping others battling cancer, but in May 2011 she found herself facing her own personal battle with the disease. During one evening work shift, Clements, in an ironic twist of fate, moved from nurse to patient. She watched as her Duke Cancer Institute family stepped in to give her the same level of skilled care she'd always provided to her own patients.

In early 2011, Clements found herself increasingly tired and losing weight at an accelerated rate. As a nurse, she knew she should see her doctor. During her primary care visit, Clements was told her hemoglobin levels had drastically dropped, and she was referred to a hematologist for further examination.

However, before the hematologist could administer additional testing, Clements suffered from chest pain during that evening work-shift in the Oncology Treatment Center. She was rushed to the emergency department at Duke Medical Center.

“I honestly cannot thank my teammates enough for their swift action that night,” said Clements. “I remember looking at one of my fellow nurses and saying, ‘I think I’m having a heart attack,’ and the next thing I know they all jumped in to take care of me – running fluids and calling EMT.”

Clements was admitted. She then underwent a CT scan which revealed a large tumor on her left kidney. Clements was not experiencing a heart attack, but instead tumor-thrombi. Her physicians believe pieces of her tumor were breaking off and entering into her blood stream and causing the pain in her chest. Soon after, a hospital physician informed Clements she had kidney cancer and that she needed to be scheduled as soon as possible for a nephrectomy.

The American Cancer Society estimated that in 2017, kidney cancer was diagnosed in 63,900 people and resulted in 14,400 deaths. Kidney cancer, also known as renal cell carcinoma (RCC) is predominately diagnosed in males around age 60 with smoking and obesity listed as the strongest risk factors linked to RCC.

“When the doctor told me they had found a tumor on my kidney I found myself in a state of shock,” recalled Clements. “I’m supposed to be on the other side of the bed, providing the treatment and caring for the patient. As a nurse you understand cancer can happen to anyone, but you just never think it will be you.”

After being discharged from the hospital, Clements scheduled an appointment, right away, with kidney cancer specialist, Daniel George, MD.

George is a world-renowned physician-scientist in kidney cancer. At Duke, his research focuses on new drug development and biomarkers of genitourinary cancers. He has been leading kidney cancer studies for the National Cancer Institute affiliated Alliance cooperative group for five years, and is the principal investigator for a large prospective national registry in metastatic advanced renal cell carcinoma (MaRCC).

“I felt confident in my decision to seek care from Dr. George,” shared Clements. “At Duke, I knew I would have access to the best multidisciplinary team and latest innovations in science. With Dr. George at the helm of my care, I was in the best hands possible.” 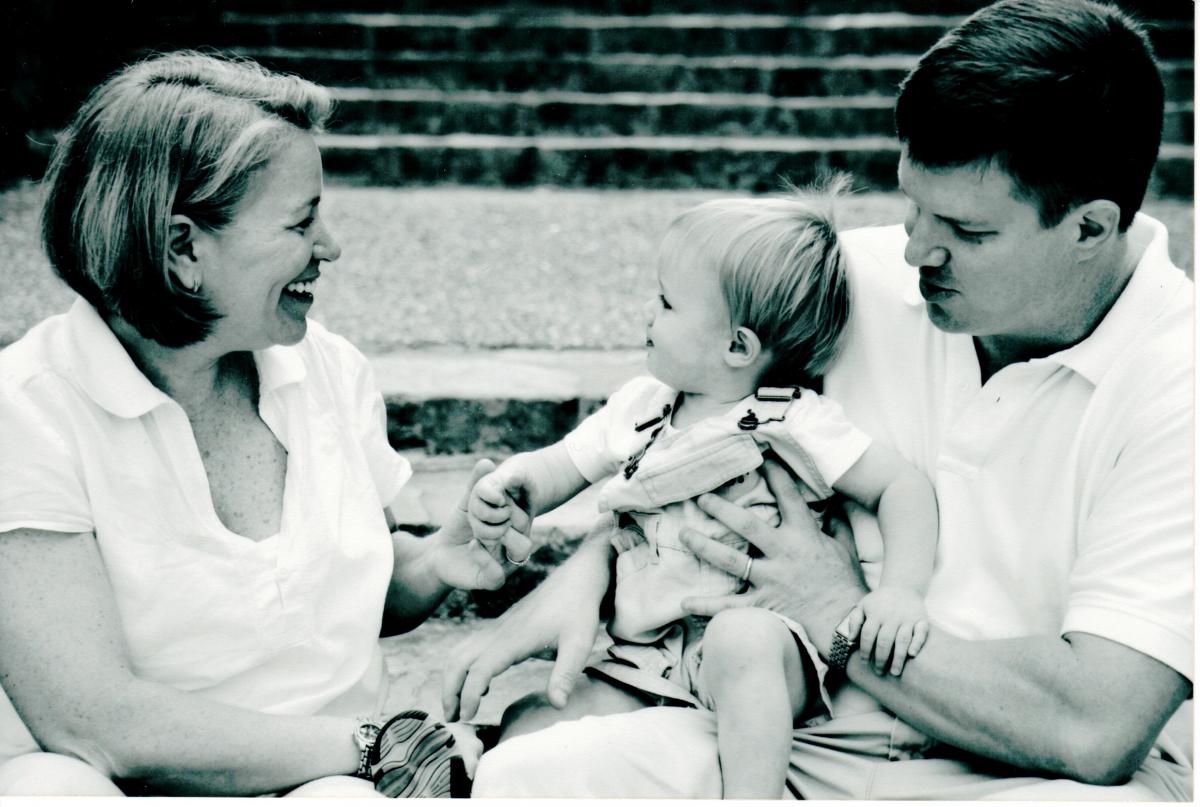 Bethany Clements with her husband, Mark, and son, Henry, a year before her diagnosis.During her first visit with George, the pair discussed her treatment plan. While her CT scan did show two nodules in her lungs, it was unclear if those nodules were evidence of metastatic disease. After weighing the options, Clements and George agreed on a nephrectomy, to remove the kidney being invaded by the cancerous tumor. The surgery was scheduled to be performed by Brant Inman, MD.

Shortly after her nephrectomy, follow-up scans confirmed her cancer was spreading more aggressively — the original two nodules tripled in size and now there were nine in total.

The mother of a four year-old, Clements was determined to survive and wanted to attack the cancer with the most effective weapon her body could endure. She requested to be put on high-dose Interleukin-2 (HD IL-2) immunotherapy. As an oncology nurse, she knew this was her best chance at a cure, regardless of the side effects.

The immunotherapy, HD-IL2, is part of a family of proteins called cytokines, and is a non-specific but aggressive therapy targeting the body’s immune system. Due to its toxicity, the treatment requires a patient to stay at the hospital for the duration of the treatment.

“I was aware of the side effects related to IL-2 Therapy, but I insisted on receiving this treatment,” shared Clements. “As a wife, mom and cancer nurse I wanted to show this disease I was stronger, no matter what obstacles it would force me to overcome. At the end of the day, I had tremendous grit and the will to win.”

In August 2011, two months after her initial diagnosis, Clements was admitted to 9100, an oncology unit at Duke Hospital to receive her IL-2 treatments, which consisted of four week-long sessions with a two-week treatment break in between. She credits her family, clinical care team, co-workers and rounding pet therapy for helping her power through the rigorous treatment.

“My co-workers were incredibly supportive during the IL-2 treatment,” Clements said. “They would stop by my hospital room in shifts to help keep my spirits up and cheer me on. At one point, I was running out of PTO (paid time off) days and my teammates donated their time to me. They are truly some of the most humbling and supportive humans in this world.”

“Another nurse at Duke actually recommend the center to me before I began treatment,” explained Clements. “Duke offers a variety of support programs for cancer patients and I highly recommend looking into these. Supportive care and survivorship are essential during and after your treatment, and Duke has wonderful programs.” 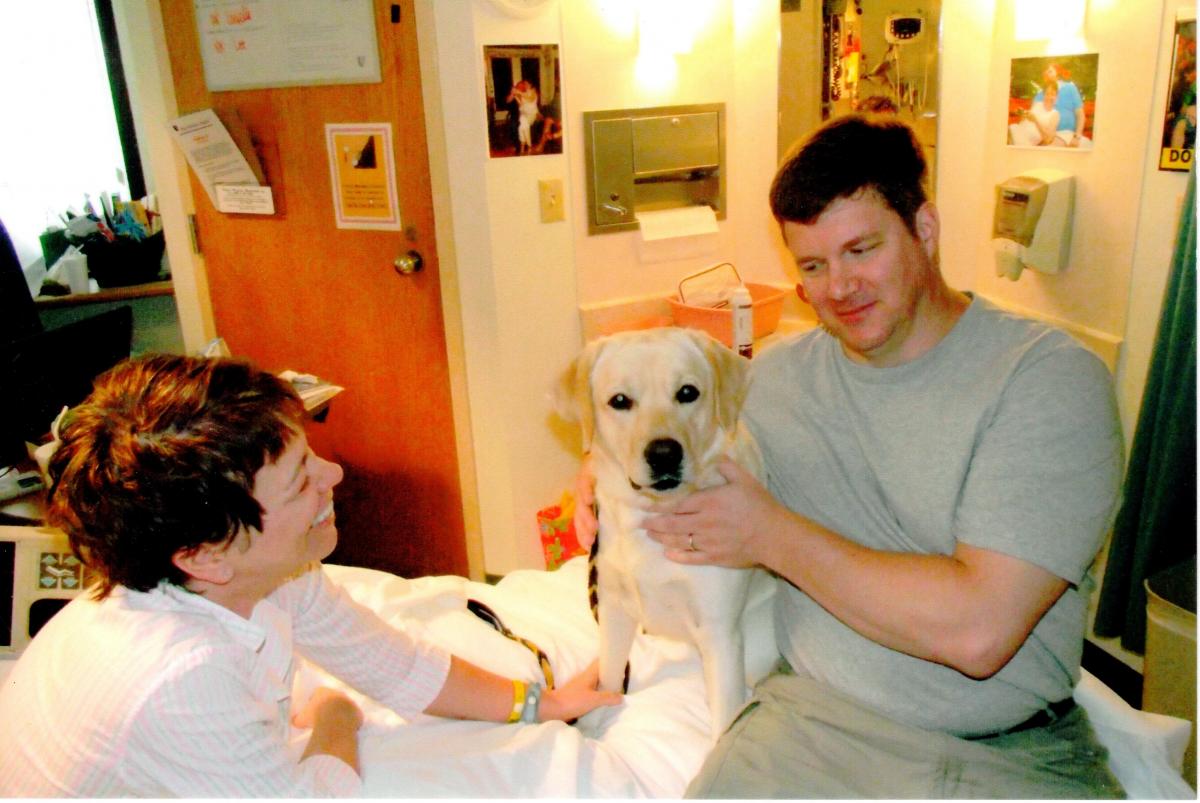 Bethany and her husband enjoying the company of a friend from pet therapy during a stay in the hospital for her HD IL-2 treatments.In December 2011, Clements finished her IL-2 treatments and scans revealed a positive outcome. Nearly all her cancer responded, but three tiny nodules remained. After discussing options with George, Clements chose to have the remaining lung nodules removed by thoracic surgeon, Thomas D’Amico, MD.

D’Amico performed a video-assisted thoracoscopic surgery (VATS), removing three wedge sections in the left lung field, a procedure he has helped pioneer over the years. The VATS procedure is a minimally invasive thoracic surgery that utilizes a two-port incision.

When the pathology report from the procedure returned, Clements was informed that one of the resected lung nodules was stage IA non-small cell lung cancer. The team had removed the cancerous nodule during the resection, and Clements would not require further treatment because of the early stage.

“I cannot speak to the importance of finding an institute with multi-disciplinary care,” shared Clements. “At every point during my care, I was seamlessly introduced to the best experts for my needs. My clinicians were internationally recognized physicians in their specialties, and everyone from the doctors, nurses, coordinators to the valet went above and beyond to deliver outstanding treatment.”

“It’s great to speak with people who are fighting the same diagnosis,” said Clements. “Getting involved in cancer patient support at Duke connected me with people who understand in a way no one else really does, unless you’ve also battled this disease.”

The experience has given Clements a deeper insight into what her patients experience, and she is proud to treat them with the same world-class care she received.

“I love Duke; they saved my life,” said Clements with a grin.