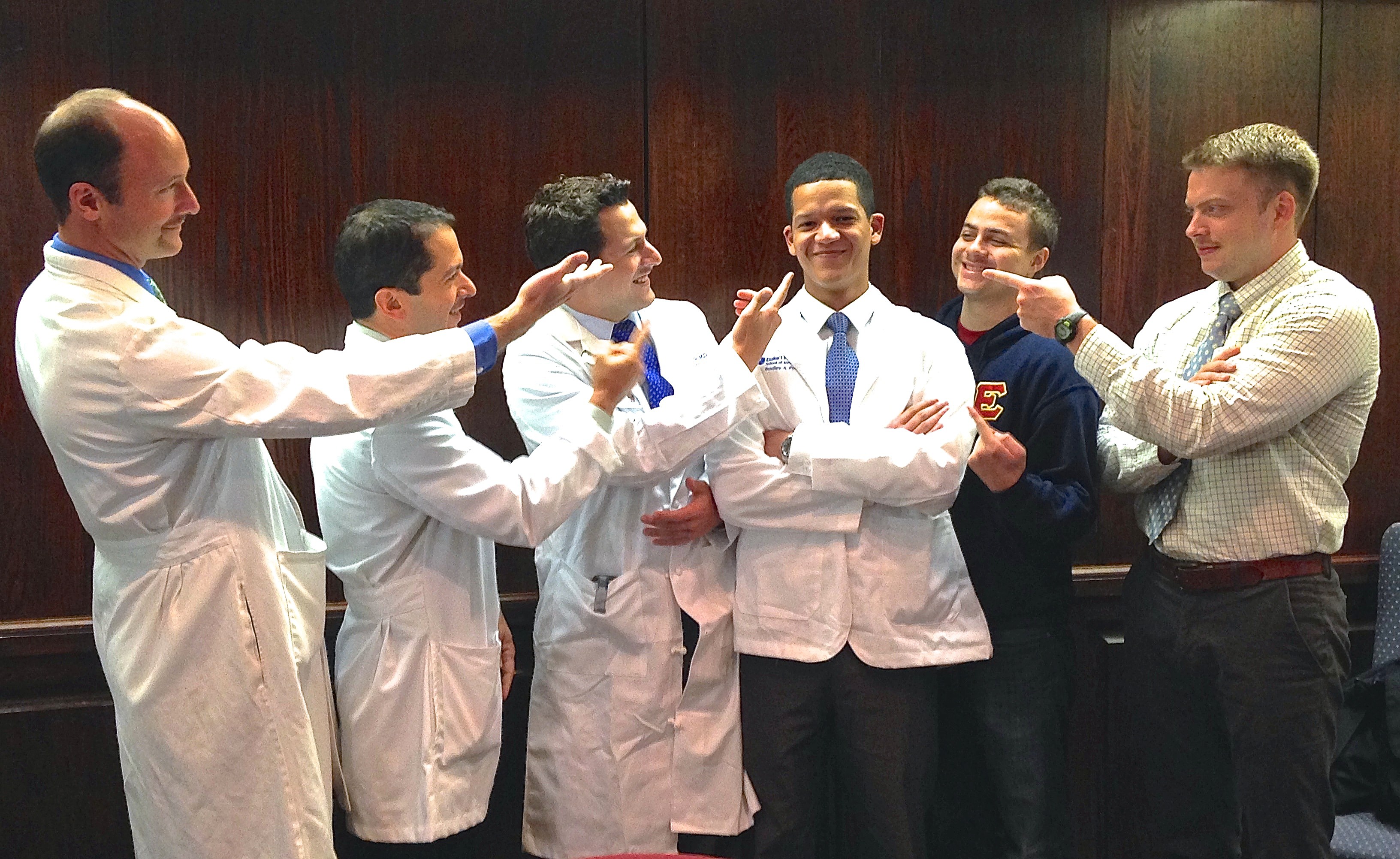 Andrew Armstong, MD, ScM, FACP, and his fundraising team, MoDukeOn the first day of November Duke men, known as Mo Bros by the Movember Foundation, shaved down and prepared mentally and physically for a hairy month ahead. Duke’s MoBros changed their look by growing out mustaches of every kind. Together they raised more than $19,300 to support the Movember Foundation and its mission to change the face of men’s health.

“Overall, Movember was a huge success in terms of raising awareness and bringing the Duke community together, both young and older researchers, patients, undergraduates, athletes, medical staff and physicians and the Duke leadership,” Armstrong said. “The amount raised is significantly higher than previous years, testifying to the success of a team approach.”

The Movember Foundation was established in 2003 and subsequently launched the Movemeber movement to help accelerate breakthroughs in prostate cancer research and to spark a global conversation about important health issues affecting the lives of men.

Since 2003 the Movember Foundation has raised more the $559 million and funded more than 800 programs in 21 countries. To date, 4 million mustaches have been grown worldwide.

Throughout November, Armstrong and his team were featured in multiple media outlets, including WNCN, Time Warner Cable, Yahoo News, Scientific American and WTVD.

Duke University and DUHS sported 48 fundraising teams, including the MoDukes, and 205 members.

The MoDukes’ fundraising campaign has appeared in the following media outlets:

Many thanks to the following businesses for donating prizes specifically to the DCI:

A BETTER MAN’S BARBER SHOP: One $25 gift card for a cut and or shave at A Better Man’s Barber Shop, a full-service barber shop with a gentleman’s atmosphere, located at the Arboretum at 2042 Renaissance Park Place in Cary.

GolfTEC: A 60-minute Swing Evaluation at GolfTEC, located at the Aboretum at 2020 Renaissance Park Place in Cary. The swing evaluation includes a detailed breakdown via the Foresight Launch Monitor, Motion Sensor Analysis and high-speed video cameras. GolfTEC is staffed by PGA professionals.