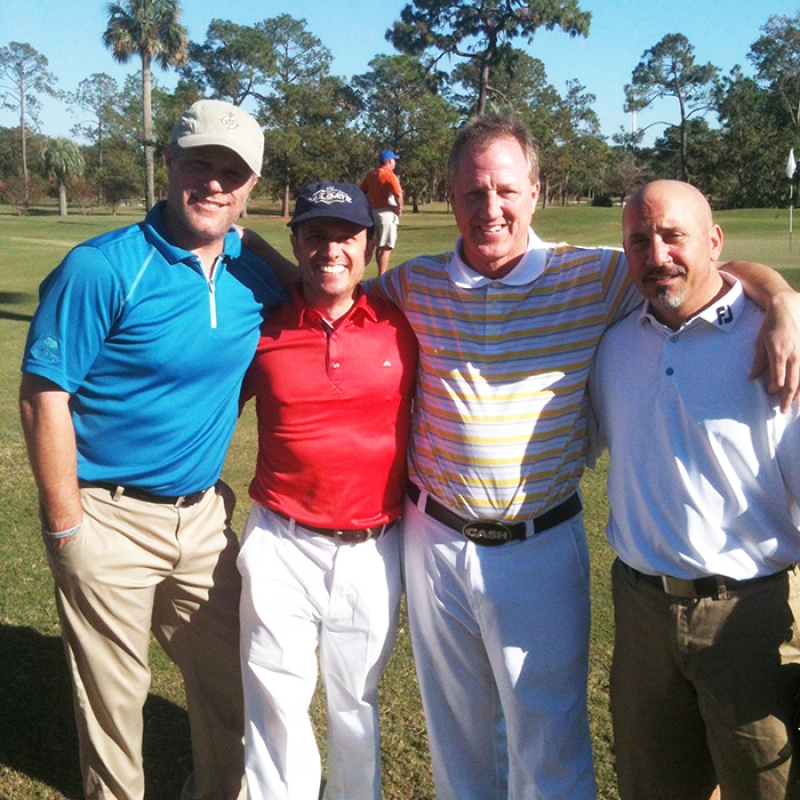 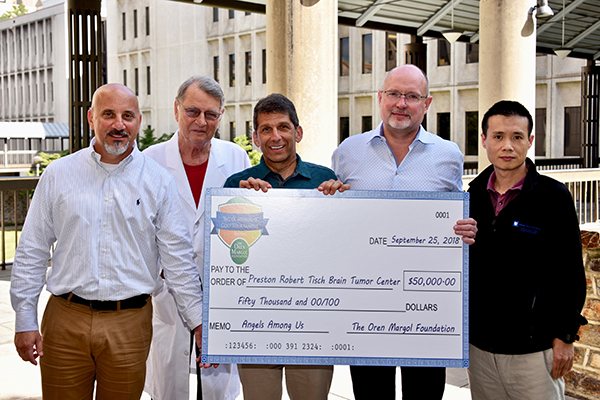 Joe Nasrallah (left) and Drew Margol (center) present a check for $50,000 to members of the Preston Robert Tisch Brain Tumor Center, including Darell D. Bigner, MD, PhD, director emeritus; Matthias Gromeier, PhD, Department of Neurosurgery; and Yiping He, Pathology.Jacksonville, Florida, resident Oren Margol loved nothing more than getting out with his buddies for a game of golf. In fact, he and his friends eventually formed an informal once-a-year tourney they deemed, in good humor, the “Catholics Versus the Jews.” And although it was admittedly a little lop-sided, Joe Nasrallah and Chip Haddock being the only Catholics, few friends have shared a better time. But nothing is forever. To their sorrow, the good times came to a “heart-wrenching” halt when Oren, the father of two children, succumbed to a glioblastoma brain tumor in May 2013.

“Oren meant the world to us; he really was my best friend,” shared Oren’s devoted older brother Andrew “Drew” Margol, putting an emphasis on “really.” “I speak for everyone, family and friends, when I say we were all just so lucky to have Oren in our lives.”

“Oren’s doctors at Duke gave us more than hope,” said Drew. “They gave us three more years with Oren. And, for that we will be forever grateful.” 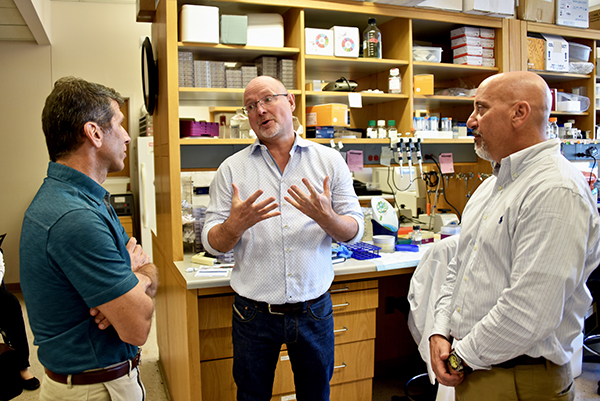 Renowned investigator Matthias Gromeier, PhD, gives Margol and Nasrallah a tour of his lab while updating them on the lastest breakthroughs in brain tumor research. Gromeier is credited with modifying the poliovirus for the treatment of recurrent glioblastoma. At the time of Oren Margol's diagnosis in 2009, the now Phase 1 modified poliovirus trial was not yet available.

On Tuesday, Sept. 25, Drew and Oren’s childhood friend, Joe Nasrallah, flew to the RDU for a four-hour visit to Duke to express their gratitude by presenting to leaders of the Preston Robert Tisch Brain Tumor Center a check for $50,000 — funds they had raised through a local golf tournament.

“After we lost Oren, the annual golf tournament was lacking; we put his golf clubs in the back of the cart and carried them from hole-to-hole, but it just wasn’t the same,” said Nasrallah, who with Oren's golf partner and cousin, Lane Strumlauf, and Oren's business partner of 20 years, David Vandroff, came up with the idea of organizing a more meaningful golf event.

“The turnout was amazing — exceeding our expectations,” said Drew. “We had hoped to recruit 60 participants, but instead had 86 players. No one ever said, ‘No.’ So, through participation, an auction and sponsorships we were able to raise $50,000.” 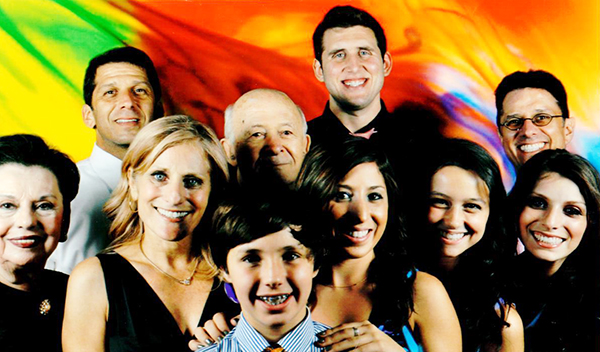 Before he passed from the effects of a glioblastoma brain tumor, Oren Margol (far right back) poses with his family, including (from left to right) his mother, Barbara; Drew Margol’s wife, Michelle; Oren’s son, Joel; Drew's daughter, Gabrielle; Oren’s daughter, Eden; Drew’s daughter, Lauren Trager; Drew (back left); Oren’s father, Bennie; and Drew’s son-in-law, Brandon Trager. Nasrallah, Strumlauf and Vandroff, all of whom sit on the board of The Oren Margol Foundation, are at work preparing to host the Second Annual “Big O” Memorial Golf Tournament — this year on Monday, Nov. 19. The tournament will again be hosted at the San Jose Country Club in Jacksonville, Florida.

“I wouldn’t have traded the 48 years I had with Oren for 100 years with anyone else,” reflected Drew, who at every turn expresses his heartfelt gratitude to all involved in memorializing Oren's life. “This tournament keeps Oren’s name alive in the hearts and minds of all who knew him, especially me, and it helps ensure science moves forward so others might have a chance at a cure.”

Upper right circle photo: At a 2012 golf tournament, Catholics Versus the Jews, Oren Margol (second from left) poses with his buddies Lane Strumlauf, Chip Haddock and Joe Nasrallah. Since Oren's passing in May 2013, the tournament has been renamed the "Big O" Memorial Golf tournament. Last year's tournament raised $50,000 for brain cancer research at Duke.