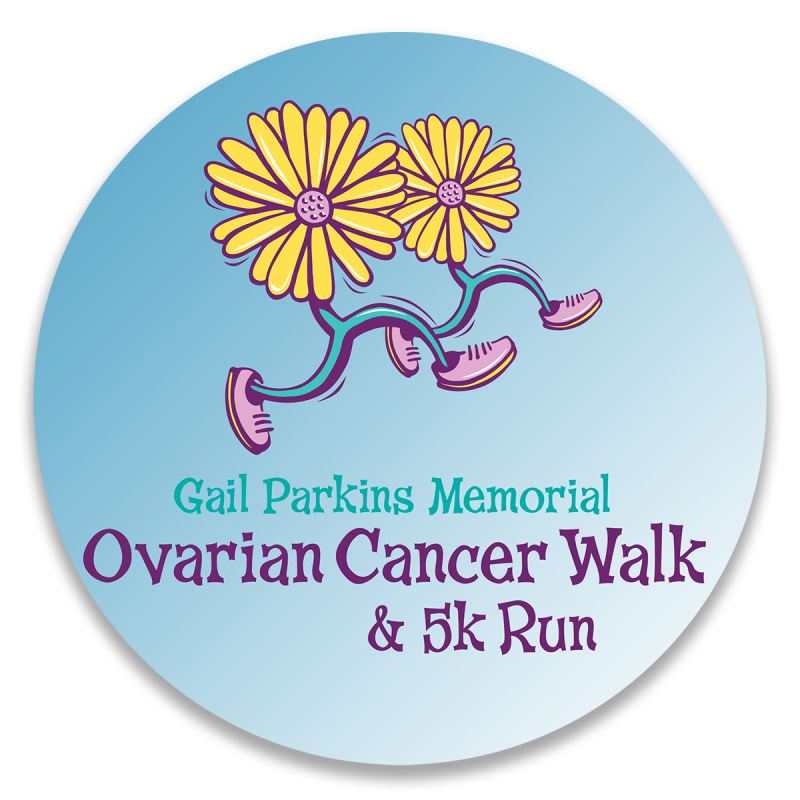 The 2015 Gail Parkins Memorial Ovarian Cancer Walk and 5K Run will take place Saturday, Sept. 12, at Sanderson High School, located at 5500 Dixon Drive in Raleigh, North Carolina. The event, which raises both awareness and funds for ovarian cancer research at Duke, features a 5K run and a 2-mile walk. The 13th annual event is held in honor of Gail Parkins, who lost a battle with ovarian cancer at the age of 56, just two years after being diagnosed with stage III C ovarian epithelial cancer.

“When we first started 13 years ago, we had about 200 participants who raised about $62,000,” said event organizer Melanie Bacheler, a raleigh resident. “Since then we have gone on to raise more than $3 million to support ovarian cancer research at Duke.”

Bacheler said she continues to organize the event to honor not only her mother, Gail Parkins, but also every other woman who has faced or is facing ovarian cancer. She hopes to raise $350,000 at this year’s walk and run.

The Ovarian Blossoms, Duke Cancer Center, Clinic 2-2, will host a wraparound fundraiser, 31 Totes, in the lobby of the cancer center on Friday, Aug. 21, from noon to 2 p.m. Custom totes can be purchased in advance or even after by visiting: My Thirty-One. Twenty-five percent of sales will benefit the team’s fundraising efforts.