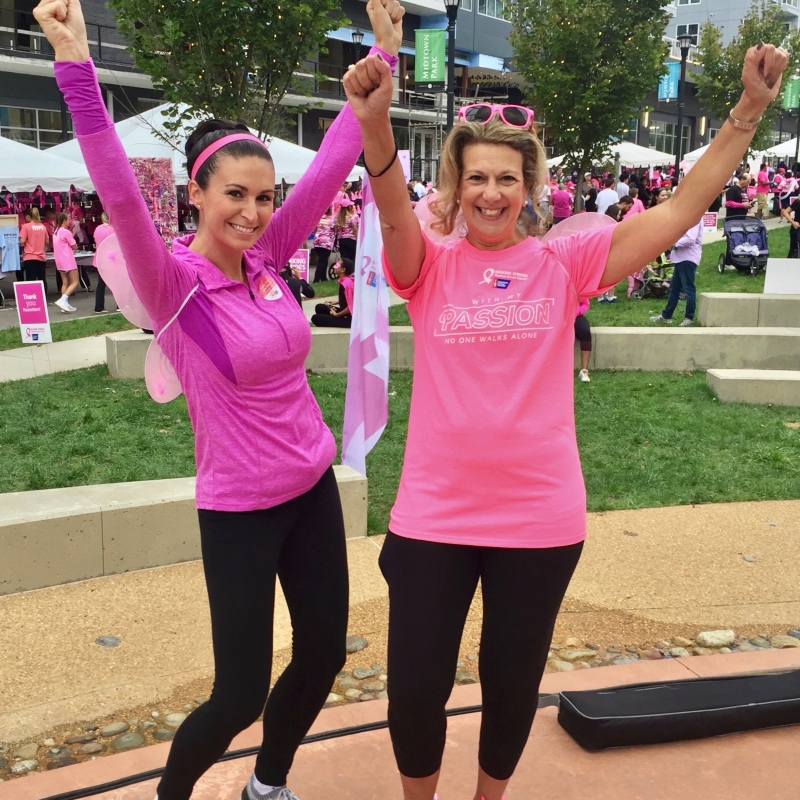 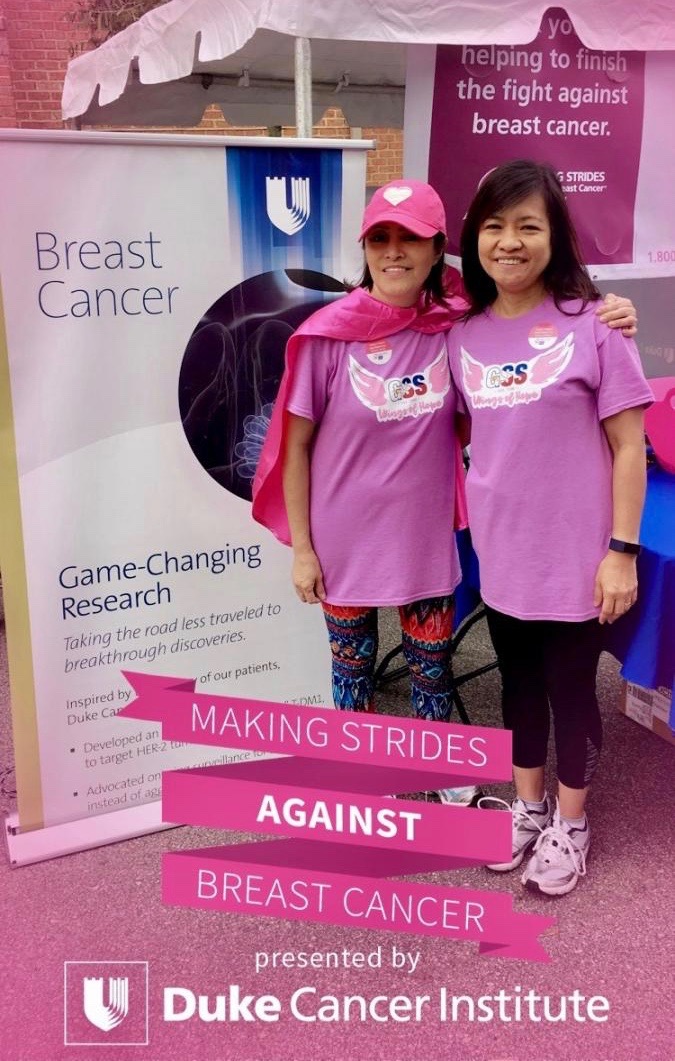 Breast cancer survivor Maria Tucker (left), and friend Marissa Guevarra, came out to make strides against breast cancer with their first-time team, Gabriella Silang Society. For a fourth year, Duke Cancer Institute teamed up with the American Cancer Society to serve as local presenting sponsor at the charity’s Making Strides Against Breast Cancer walk held in Raleigh on Oct. 14.

The Breast Cancer Awareness Month-event attracted more than 1800 registered participants — brightening up grey skies with many shades of pink —  and raised more than $300,000 to support the fight against breast cancer this year. Five Duke Cancer Institute fundraising teams, made up of more than 120 DCI staff, patients, survivors and supporters, so far raised more than $7,000 of that total.

“When I look around and see the families, friends, co-workers and neighbors who’ve come out, it means that no one facing breast cancer should walk alone — not today at least,” said Duke breast surgeon, Jennifer Plichta, MD, who went on to thank the crowd for the time and effort they put into raising funds for breast cancer awareness, research and care.

First-time Making Strides team Gabriela Silang Society, led by Duke clinical dietician Maria Tucker, MPH, raised $1,365. The Filipina women’s group already supports a local church charity for indigent pregnant women, but at Tucker’s urging extended their generosity to Making Strides this year. Some of the women, Tucker said, are breast cancer survivors like herself and took the cause immediately to heart.

“I was always supportive of breast cancer causes, but I just never thought I’d be an advocate,” said Tucker, 56, who was diagnosed with ductal carcinoma in situ (DCIS) in March this year, had a bilateral mastectomy in April, completed breast reconstruction in July, and formed her Duke Cancer Institute Making Strides team in August. “It was very emotional for me to be at the walk, especially because my daughter came out with me. My son, who is a 1st Lt. in the U.S. Army, couldn't be with us so he donated to the team.”

Tucker now sees herself as “a guiding light” for other women, encouraging them to get their mammograms, and showing them, by example, that “there’s hope after cancer.” 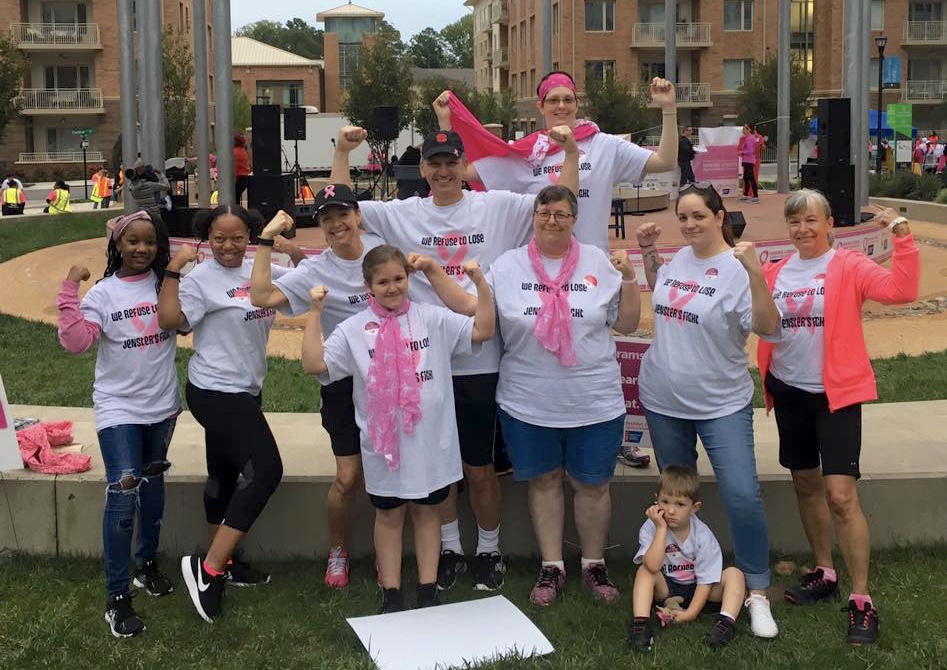 “I am here to give back to the ones who have given back to me in the last year during my fight, because I’m a survivor,” she said on event day.

Bob Norris, an 84-year-old lung cancer survivor, was up at dawn, helping to set up and man the Duke Cancer Institute tent at Making Strides.

“I’m here to pay back for 15 years of survivorship,” said Norris. “I try to do what I can to eliminate this thing. I really worry about leaving a world full of cancer to my grandchildren and my great grandchildren. I’d like to see it just wiped out, if I could, and that’s why I do this.”

Even though the event has ended, there’s still time to support the Duke Cancer Institute Making Strides teams.