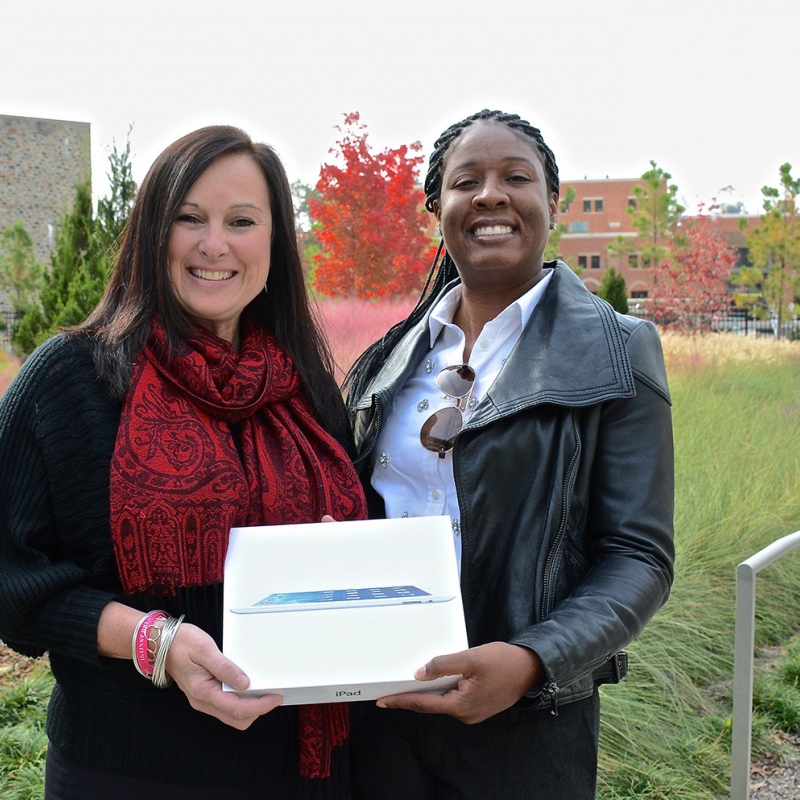 Congratulations to Kim Malugen, DCI Survivorship Center, who has been named the DCI's top fundraiser for this year's Making Strides Raleigh, presented by the Duke Cancer Institute. As the DCI's top fundraiser, Malugen won an Apple iPad Air 2, an incentive prize donated by Best Buy to the DCI. To date, Malugen has raised $690, far exceeding her original $250 goal. Her fundraising team, #teamtatas, raised more than $1,755 to support the fight against breast cancer, a disease Malugen's beloved aunt battled.

"I am so proud to be a part of the ACS Making Strides Against Breast Cancer DCI team, #teamtatas," said Malugen. "As captain of this team for five years, I have watched this little family team grow into friends, family and coworkers all working together to bring awareness and raise money for research that will hopefully soon find a cure for breast cancer. I really wanted to make a difference and when my Aunt Sherry was diagnosed with stage IV breast cancer. Then and there I vowed to always raise money and finish the fight of this horrible disease for her! Every dollar counts and your dollar could be the one that finds the cure. Imagine that."