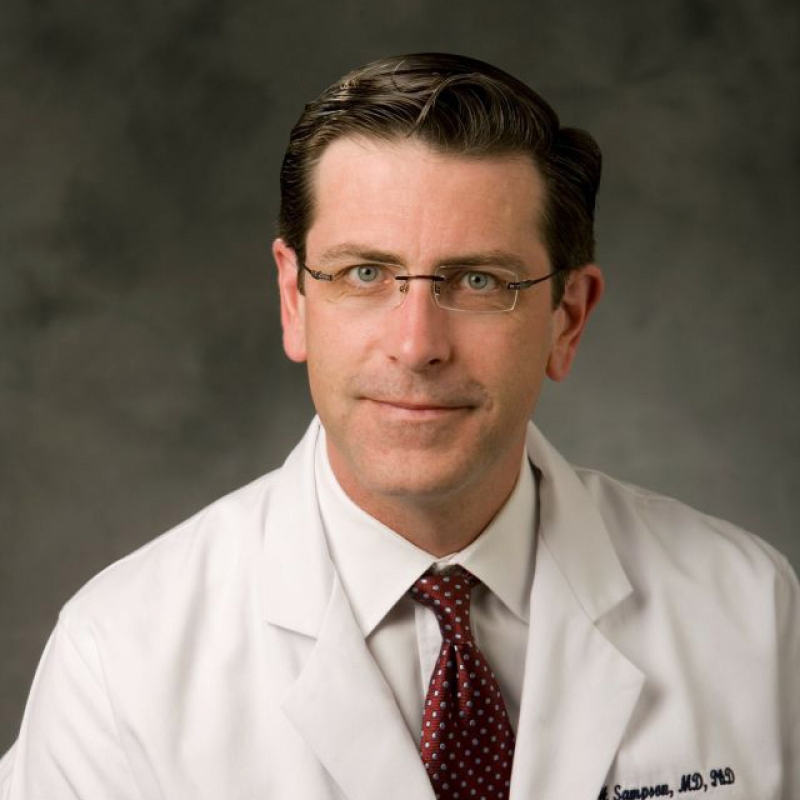 Duke University’s John H. Sampson, MD, PhD, has been named to the National Academy of Medicine. Sampson is the Robert H. and Gloria Wilkins Distinguished Professor of Neurosurgery, chair of the Duke Department of Neurosurgery, and co-leader of the Duke Cancer Institute Neuro-Oncology Program.

“John is a physician-scientist of the highest caliber, who has made extraordinary contributions to the treatment of brain tumors,” said Mary Klotman, M.D., dean of the Duke University School of Medicine. “Membership in the National Academy of Medicine is considered one of the highest honors for health care professionals and biomedical scientists, and I am delighted that John’s pioneering work and commitment to service have been recognized in this way. I congratulate him for this remarkable achievement.”

Sampson is a recognized leader in the surgical resection and experimental treatment of complex brain tumors. His clinical practice is focused on treating patients with both benign and malignant brain tumors, while his research laboratory is actively investigating immunotherapy and new modalities of precision drug delivery to brain tumor tissue while avoiding healthy tissue.

New members are elected by current active members through a selective process that recognizes people who have made major contributions to the advancement of the medical sciences, health care, and public health. For more information, visit the National Academy of Medicine.