The Abraham laboratory is interested in developing innovative approaches for curbing microbial infections through the study of the molecular interactions occurring between pathogenic bacteria and prominent immune and epithelial cells. We believe that there is a significant amount of crosstalk occurring between bacteria and host cells during infection and that the outcome of this interaction dictates both how quickly the infection is cleared and the severity of the pathology associated with the infection. We also believe that through deciphering this crosstalk we should be able to selectively promote certain beneficial interactions while abrogating the harmful ones.

There are two major research areas being pursued in this laboratory. The first involves elucidating the role of mast cells in modulating immune responses to microbes.  Our studies have revealed that mast cells play a key sentinel role and upon bacterial or viral infection, modulate both innate and adaptive immune responses through the release of immunomodulatory molecules borne in granules. Our current investigations are centered on elucidating the molecular and cellular aspects of how mast cells mediate their immunomodulatory role. We are also examining several mast cell-targeted strategies to boost immunity to infections as well as reduce any pathological consequences of infection.

The second area of research investigates cross-talk between distinct infectious agents such as Uropathogenic E. coli, Salmonella typhimurium and Yersinia pestis and the immune system. We have recognized that different pathogens possess distinct mechanisms to evade or coopt one or more immune cells to establish infection. We have also unraveled novel intracellular innate host defense activities including expulsion of whole bacteria from infected epithelial cells, a feat mediated by immune recognition molecules and the cellular trafficking system.

Cumulatively, our studies should facilitate the design of innovative strategies to combat pathogens that selectively potentiate the host’s immune response without evoking some of its harmful side effects.

Professor in Molecular Genetics and Microbiology 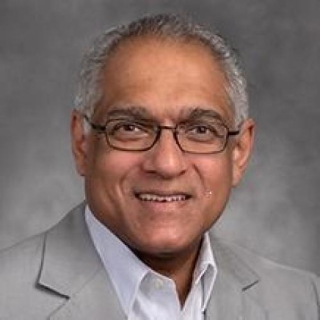