Head and neck cancer has constituted both my principal clinical and research foci since I came to Duke University in 1987. I designed and led a single institution phase 3 randomized clinical trial, initiated in 1989, which was one of the first in the world to demonstrate that radiotherapy and concurrent chemotherapy (CRT) was more efficacious than radiotherapy alone (RT) for treating locally advanced head and neck cancer. CRT has since been established as the non-surgical standard of care for locally advanced head and neck cancer. Reduction of treatment-induced toxicity has also been a major interest of mine because more intensive therapeutic regimens improve efficacy but also increase morbidity. I was the principal investigator of the pivotal multinational randomized trial of amifostine in head and neck cancer, which established proof of principle for pharmacologic radioprotection and led to FDA approval of this drug for protection against radiation induced xerostomia in the treatment of head and neck cancer in 1999. I have also investigated role of recombinant human keratinocyte growth factor KGF in the amelioration of mucositis in both preclinical and clinical settings.
I have an ongoing commitment to the study of in situ tumor physiology and biology. I was one of the initial investigators to initiate direct measurement of tumor oxygenation in humans on a systematic basis. This work revealed a prognostic relationship between tumor hypoxia and local-regional failure and survival in head and neck. Parallel studies of tumor oxygenation in soft tissue sarcomas resulted in the first published literature to demonstrate that hypoxia at a primary tumor site was associated with a significant increase in the risk of subsequent distant metastatic recurrence after completion of treatment. We have also demonstrated that elevated lactate concentrations in head and neck cancer primary tumors is associated with an increased risk of metastatic failure in patients undergoing primary surgical therapy for head and neck cancer.
These interests and accomplishments provide the foundation for my present efforts, which are devoted to the development of functional metabolic imaging, both MRI and PET. We are using imaging to characterize the inherent, non-treatment induced variability of several physiologic and metabolic parameters in both tumors and normal tissues and to measure treatment induced changes in them. The long- term intent is to improve our abilities to predict treatment outcome, to better understand the relationships between physical dose delivery and the risk of toxicity, and to choose more customized treatment strategies for our patients that will increase the chances of cure and decrease the risks of serious side effects

Professor in Head and Neck Surgery and Communication Sciences

Effects Of Heat And Radiation On Tumor

Development and Implementation of an Educational Simulation Workshop in Fiberoptic Laryngoscopy for Radiation Oncology Residents.

PURPOSE: Calculation of the precontrast longitudinal relaxation times (T10) is an integral part of the Tofts-based pharmacokinetic (PK) analysis of dynamic contrast enhanced-magnetic resonance images. The purpose of this study was to investigate the interpatient and over time variability of T10 in head and neck primary tumors and involved nodes and to determine the median T10 for primary and nodes (T10p,n). The authors also looked at the implication of using voxel-based T10 values versus region of interest (ROI)-based T10 on the calculated values for vascular permeability (Ktrans) and extracellular volume fraction (ve). METHODS: Twenty head and neck cancer patients receiving concurrent chemoradiation and molecularly targeted agents on a prospective trial comprised the study population. Voxel-based T10's were generated using a gradient echo sequence on a 1.5 T MR scanner using the variable flip angle method with two flip angles [J. A. Brookes et al., "Measurement of spin-lattice relaxation times with FLASH for dynamic MRI of the breast," Br. J. Radiol. 69, 206-214 (1996)]. The voxel-based T10, Ktrans, and ve were calculated using iCAD's(®) (Nashua, NH) software. The mean T10's in muscle and fat ROIs were calculated (T10m,f). To assess reliability of ROI drawing, T10p,n values from ROIs delineated by 2 users (A and B) were calculated as the average of the T10's for 14 patients. For a subset of three patients, the T10 variability from baseline to end of treatment was also investigated. The Ktrans and ve from primary and node ROIs were calculated using voxel-based T10 values and T10p,n and differences reported. RESULTS: The calculated T10 values for fat and muscle are within the range of values reported in literature for 1.5 T, i.e., T10m=0.958s and T10f=0.303s. The average over 14 patients of the T10's based on drawings by users A and B were T10pA=0.804s, T10nA=0.760s, T10pB=0.849s, and T10nB=0.810s. The absolute percentage difference between Ktrans and ve calculated with voxel-based T10 versus T10p,n ranged from 6% to 81% and from 2% to 24%, respectively. CONCLUSIONS: There is a certain amount of variability in the median T10 values between patients, but the differences are not significant. There were also no statistically significant differences between the T10 values for primary and nodes at baseline and the subsequent time points (p=0.94 Friedman test). Voxel-based T10 calculations are essential when quantitative Tofts-based PK analysis in heterogeneous tumors is needed. In the absence of T10 mapping capability, when a relative, qualitative analysis is deemed sufficient, a value of T10p,n=0.800s can be used as an estimate for T10 for both the primary tumor and the affected nodes in head and neck cancers at all the time points considered.
Authors
Craciunescu, O; Brizel, D; Cleland, E; Yoo, D; Muradyan, N; Carroll, M; Barboriak, D; MacFall, J
MLA Citation
Craciunescu, Oana, et al. “Dynamic contrast enhanced-MRI in head and neck cancer patients: Variability of the precontrast longitudinal relaxation time (T10).” Med Phys, vol. 37, no. 6Part1, June 2010, pp. 2683–92. Pubmed, doi:10.1118/1.3427487.
URI
https://scholars.duke.edu/individual/pub1254812
PMID
28512937
Source
pubmed
Published In
Med Phys
Volume
37
Published Date
2010
Start Page
2683
End Page
2692
DOI
10.1118/1.3427487 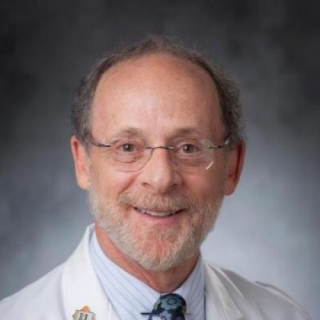