We are using functional genomic approaches to investigate the nutrient signaling and stress adaptations of cancer cells when exposed to various nutrient deprivations and microenvironmental stress conditions. Recently, we focus on two areas. First, we are elucidating the genetic determinants and disease relevance of ferroptosis, a newly recognized form of cell death. Second, we have identified the mammalian stringent response pathway which is highly similar to bacterial stringent response, but with some very interesting twists and novel mechanisms.

A. The genetic determinants and disease relevance of ferroptosis

Ferroptosis is a newly recognized form of cell death that is characterized by iron dependency and lipid peroxidation. The importance of ferroptosis is being recognized in many human diseases, including cancers, ischemia injuries, and neurodegeneration. Previously, we have identified the profound cystine addiction of renal cell carcinoma (1), breast cancer cells (2, 3), and ovarian cancer cells (4). Based on the concept that cystine deprivation triggers the ferroptosis due to the unopposed oxidative stresses, we have performed functional genomic screens to identify many novel genetic determinants of ferroptosis. For example, we have found that DNA damage response and ATM kinase regulate ferroptosis via affecting iron metabolism (5). This finding supports the potential of ionizing radiation to trigger DNA damage response and synergize with ferroptosis to treat human cancers. In addition, we found that ferroptosis is highly regulated by cell density. When cells are grown at low density, they are highly susceptible to ferroptosis. In contrast, the same cells become resistant to ferroptosis when grown at high density and confluency. we have found the Hippo pathway effectors TAZ and YAP are responsible for the cell density-dependent ferroptosis (4, 6, 7). Right now, we are pursuing several other novel determinants of ferroptosis that will reveal surprising insights into this new form of cell death.

All living organisms encounter a wide variety of nutrient deprivations and environmental stresses. Therefore, all organisms have developed various mechanisms to respond and promote survival under stress. In bacteria, the main strategy is “stringent response” triggered by the accumulation of the alarmone (p)ppGpp (shortened to ppGpp below) via regulation of its synthetase RelA and its hydrolase SpoT (8). The ppGpp binds to the transcription factor DksA and RNA polymerase to orchestrate extensive transcriptional changes that repress proliferation and promote stress survival (8, 9). While highly conserved among bacteria, the stringent response had not been reported in metazoans. However, a recent study identified Drosophila and human MESH1 (Metazoan SpoT Homolog 1) as the homologs of the ppGpp hydrolase domain of the bacterial SpoT (10). Both MESH1 proteins exhibit ppGpp hydrolase activity, and the deletion of Mesh1 in Drosophila led to a transcriptional response reminiscent of the bacterial stringent response (10). Recently, we have found that the genetic removal of MESH1 in tumor cells triggers extensive transcriptional changes and confers protection against oxidative stress-induced ferroptosis (11). Importantly, MESH1 removal also triggers proliferative arrest and other robust anti-tumor effects. Therefore, MESH1 knockdown leads to both stress survival and proliferation arrest, two cardinal features highly reminiscent of the bacterial stringent response. Therefore, we termed this pathway as “mammalian stringent response” (12). We have found that NADPH is the relevant MESH1 in the contexts of ferroptosis (13). Now, we are investigating how MESH1 removal leads to proliferation of arrests and anti-tumor phenotypes. Furthermore, we have found several other substrates of MESH1. We are investigating their function using culture cells, MESH1 KO mice, and other model organisms.

Red blood cells (RBC) are responsible for oxygen delivery to muscles during vigorous exercise. Therefore, many doping efforts focus on increasing RBC number and function to boost athletic performance during competition. For many decades, RBC were thought to be merely identical “sacs of hemoglobin” with no discernable differences due to factors such as age or pre-transfusion storage time. Additionally, because RBC lose their nuclei during terminal differentiation, they were not believed to retain any genetic materials.  These long-held beliefs have now been disproven and the results have significant implications for detecting autologous blood transfusion (ABT) doping in athletes.  We were among the first to discover that RBCs contain abundant and diverse species of RNAs. Using this knowledge, we subsequently optimized protocols and performed genomic analysis of the RBC transcriptome in sickle cell disease; these results revealed that heterogeneous RBCs could be divided into several subpopulations, which had implications for the mechanisms of malaria resistance. As an extension of these studies, we used high resolution Illumina RNA-Seq approaches to identify hundreds of additional known and novel microRNAs, mRNAs, and other RNA species in RBCs. This dynamic RBC transcriptome represents a significant opportunity to assess the impact that environmental factors (such as pre-transfusion refrigerate storage) on the RBC transcriptome. We have now identified a >10-fold change in miR-720 as well as several other RNA transcripts whose levels are significantly altered by RBC storage (14) which gained significant press coverage. We are pursuing the genomic and single cell analysis of RNA transcriptome in the context of blood doping, sickle cell diseases and other red cell diseases.

MESH1 is a cytosolic NADPH phosphatase that regulates ferroptosis.

Gigaxonin (also known as KLHL16) is an E3 ligase adaptor protein that promotes the ubiquitination and degradation of intermediate filament (IF) proteins. Mutations in human gigaxonin cause the fatal neurodegenerative disease giant axonal neuropathy (GAN), in which IF proteins accumulate and aggregate in axons throughout the nervous system, impairing neuronal function and viability. Despite this pathophysiological significance, the upstream regulation and downstream effects of normal and aberrant gigaxonin function remain incompletely understood. Here, we report that gigaxonin is modified by <italic>O</italic>-linked β-<italic>N</italic>-acetylglucosamine (O-GlcNAc), a prevalent form of intracellular glycosylation, in a nutrient- and growth factor–dependent manner. MS analyses of human gigaxonin revealed 9 candidate sites of O-GlcNAcylation, 2 of which — serine 272 and threonine 277 — are required for its ability to mediate IF turnover in gigaxonin-deficient human cell models that we created. Taken together, the results suggest that nutrient-responsive gigaxonin O-GlcNAcylation forms a regulatory link between metabolism and IF proteostasis. Our work may have significant implications for understanding the nongenetic modifiers of GAN phenotypes and for the optimization of gene therapy for this disease.
Authors
Chen, P-H; Hu, J; Wu, J; Huynh, DT; Smith, TJ; Pan, S; Bisnett, BJ; Smith, AB; Lu, A; Condon, BM; Chi, J-T; Boyce, M
MLA Citation
Chen, Po-Han, et al. “Gigaxonin glycosylation regulates intermediate filament turnover and may impact giant axonal neuropathy etiology or treatment.” Jci Insight, vol. 5, no. 1, Jan. 2020. Pubmed, doi:10.1172/jci.insight.127751.
URI
https://scholars.duke.edu/individual/pub1427613
PMID
31944090
Source
pubmed
Published In
Jci Insight
Volume
5
Published Date
2020
DOI
10.1172/jci.insight.127751

The visual outcomes for infants 18 months or younger with cataracts have improved dramatically over the past couple of decades. Earlier detection of infantile cataract and prompt surgical removal-with subsequent visual rehabilitation with contact lenses-mean that these patients now have a much better visual prognosis. Advances in contact lens technology have led to a significantly higher success rate with contact lenses and this has been a major factor in improving the visual outcomes for aphakic infants. This review outlines the contact lens management of infantile cataract, including a detailed analysis of the various contact lens options available and a discussion regarding the important factors that can cause issues with contact lens wear and affect the overall visual rehabilitation of the infant.
Authors
Lindsay, RG; Chi, JT
MLA Citation
Lindsay, Richard G., and Jessica T. Chi. “Contact lens management of infantile aphakia.” Clin Exp Optom, vol. 93, no. 1, Jan. 2010, pp. 3–14. Pubmed, doi:10.1111/j.1444-0938.2009.00447.x.
URI
https://scholars.duke.edu/individual/pub1432779
PMID
20070735
Source
pubmed
Published In
Clin Exp Optom
Volume
93
Published Date
2010
Start Page
3
End Page
14
DOI
10.1111/j.1444-0938.2009.00447.x 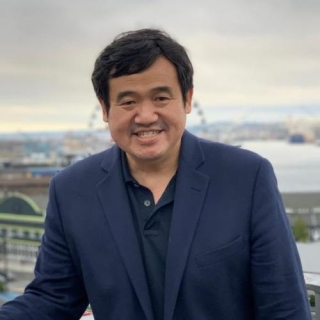