American Board of Radiology (ABR)

American Board of Radiology

Stereotactic body radiotherapy (SBRT, also referred to as stereotactic ablative radiotherapy (SABR)) has been used in the treatment of primary and metastatic solid tumors, and increasingly so in gynecologic oncology. This review article aims to summarize the current literature describing the utility of SBRT in the primary, recurrent, and limited metastatic settings for gynecologic malignancies. The use of SBRT in both retrospective and prospective reports has been associated with adequate control of the treated site, particularly in the setting of oligometastatic disease. It is not, however, recommended as an alternative to brachytherapy for intact disease unless all efforts to use brachytherapy are exhausted. While phase I and II trials have established the relative safety and potential toxicities of SBRT, there remains a dearth of phase III randomized evidence, including the use of immunotherapy, in order to better establish the role of this technique as a method of improving more global outcomes for our patients with gynecologic cancers.
Authors
Shenker, R; Stephens, SJ; Davidson, B; Chino, J
MLA Citation
Shenker, Rachel, et al. “Role of stereotactic body radiotherapy in gynecologic radiation oncology.” Int J Gynecol Cancer, vol. 32, no. 3, Mar. 2022, pp. 372–79. Pubmed, doi:10.1136/ijgc-2021-002466.
URI
https://scholars.duke.edu/individual/pub1513280
PMID
35256426
Source
pubmed
Published In
Int J Gynecol Cancer
Volume
32
Published Date
2022
Start Page
372
End Page
379
DOI
10.1136/ijgc-2021-002466

<h4>Purpose/objective(s)</h4>In 2010, the Affordable Care Act (ACA) was enacted, which allowed for increased access to health insurance in the US. Since then, there was a decrease in uninsured patients including those with cancer receiving radiation therapy. In 2017, federal policy was changed in regards to the ACA including a shortened enrollment period and significantly reduced funding. We aimed to determine trends in rates of uninsured patients receiving radiation therapy within this time period in order to identify correlations of these policy changes.<h4>Materials/methods</h4>We obtained data from the National Cancer Database (NCDB) Public Benchmark Reports from 2008-2017 to investigate trends in uninsured cancer patients who received radiation therapy. This data was stratified by all patients who received radiation therapy, and calculated percentages of those without insurance from the years 2008 to 2017. We then identified trends of uninsured status by race including White, Black, Hispanic, Asian/Pacific, Native American, and unknown.<h4>Results</h4>According to the data, the percentage of patients receiving any kind of radiotherapy without health insurance declined over the years of 2008 to 2016 (2.3% to 1.76%). In 2017, the trend reversed with 1.78% of patients without health insurance. The percentage of patients who were uninsured that identified as White was lower than the entire population, and also declined from 2008 to 2016 (1.73% to 1.12%). In 2017, the trend reversed to 1.18%. The percentage of patients who were uninsured that identified as Black was higher than the entire population, but also declined from 2008 to 2016 (4.2% to 2.92%). In 2017, this trend continued to decline to 2.69%. The percentage of patients who were uninsured that identified as Hispanic was the highest of any group at any year. This group had an initial increase in uninsured patients from 2008 to 2012 (7.35% to 10%), then decrease by 2016 (7.78%). By 2017, this trend reversed again with 8% of the Hispanic population to be reported as uninsured.<h4>Conclusion</h4>In the last decade, there has been an overall trend towards less uninsured patients receiving radiation therapy in the United States, with the exception of 2017, which saw a slight increase, disproportionately affecting the Hispanic population. While it is uncertain as to whether federal policy changes in the promotion and administration of ACA affected these trends, this data mirrors observations in other series looking at un-insurance in cancer survivors. Further work is indicated to determine if this trend continues throughout the remainder of the past federal administration. In the meantime, it is essential to acknowledge the continued racial health disparities increase efforts in making access to cancer care more equitable.
Authors
Shenker, RF; Moss, H; Chino, JP
MLA Citation
Shenker, R. F., et al. “Trends in Health Insurance Among Cancer Patients Receiving Radiation Therapy From 2008-2017.” International Journal of Radiation Oncology, Biology, Physics, vol. 111, no. 3S, 2021, p. e329. Epmc, doi:10.1016/j.ijrobp.2021.07.1007.
URI
https://scholars.duke.edu/individual/pub1502634
PMID
34701195
Source
epmc
Published In
International Journal of Radiation Oncology, Biology, Physics
Volume
111
Published Date
2021
Start Page
e329
DOI
10.1016/j.ijrobp.2021.07.1007

<h4>Purpose/objective(s)</h4>Given increasing emphasis on end of life quality metrics including respecting patient values and dying with dignity in a patient's choice location, the number of patients with cancer who die in hospice instead of an inpatient facility is steadily rising. When a terminal patient is transferred to a hospice facility, the assumption is made that both the patient and the family understand the disease course and prognosis. However, each year there are patients with cancer who die in a hospice facility who receive an autopsy. We sought to evaluate the characteristics of those that undergo an autopsy after hospice death.<h4>Materials/methods</h4>CDC WONDER contains death certificate data for all US counties and is maintained by the National Center for Health Statistics. All cancer deaths from 2003- 2019 were evaluated and demographic data was captured. Hospice death as well as autopsy status were noted. Chi-square tests compared variables and linear regression assessed for changes in trends.<h4>Results</h4>From 2003 through 2019, a total of 12,042,519 cancer deaths occurred. Of these deaths, 888,194 were patients who died in a hospice facility with yearly deaths increasing from 3,209 in 2003 (0.57% of cancer deaths) to 84,868 in 2019 (14.2% of cancer deaths) (significant trend P < 0.0001). There were a total 94,061 autopsies among all cancer patients (0.78%) of which 2,002 autopsies occurred in those who died in a hospice facility (2.1% of cancer autopsies and 0.26% of hospice deaths). Since 2003, the absolute number of autopsies for patients who died from cancer decreased from 6,589 in 2003 to 4,933 in 2019, with overall autopsy rate decrease (1.50 % to 0.85%, significant trend P < 0.0001). Since 2003, the absolute number of autopsies for patients who died from cancer in hospice increased from 20 in 2003 to 226 in 2019, however the autopsy rate decreased (0.68% to 0.28%, significant trend P < 0.0001). Male patients (OR 1.32) and patients living in a Large Metropolitan region (OR 1.38) were significantly more likely to undergo autopsy after cancer death in hospice (both P < 0.0001). There was no statistically significant difference in number of autopsies found between race, ethnicity, or age (all P > 0.05). Lung cancer was the most common cancer type of hospice autopsy (22.4%), cancer of unknown primary was the second most common cancer type (8.8%).<h4>Conclusion</h4>Autopsies among patients with cancer who died while in hospice have decreased by more than 50% since 2003, although over 200 still receive autopsies every year. Decreasing autopsy trends likely relate to improvements in the diagnosis and treatment of cancer and are consistent with trends in other diseases. As autopsies after hospice death suggest unresolved questions or burden on patient families, it is important to improve communication, shared decision making, and ease end of life transitions for the entire family unit so that autopsies after hospice death continue to decrease.
Authors
English, K; Ludmir, EB; Chino, JP; Yerramilli, D; Chino, F
MLA Citation
English, K., et al. “Hospice Autopsy Trends Among Patients With Cancer.” International Journal of Radiation Oncology, Biology, Physics, vol. 111, no. 3S, 2021, pp. e352–53. Epmc, doi:10.1016/j.ijrobp.2021.07.1056.
URI
https://scholars.duke.edu/individual/pub1502635
PMID
34701251
Source
epmc
Published In
International Journal of Radiation Oncology, Biology, Physics
Volume
111
Published Date
2021
Start Page
e352
End Page
e353
DOI
10.1016/j.ijrobp.2021.07.1056 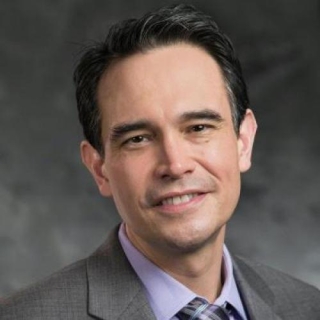