Intellectual Property Challenges for the Development of Genomic Diagnostics

Short-Chain Fatty Acid Production by Gut Microbiota from Children with Obesity Differs According to Prebiotic Choice and Bacterial Community Composition.

Pediatric obesity remains a public health burden and continues to increase in prevalence. The gut microbiota plays a causal role in obesity and is a promising therapeutic target. Specifically, the microbial production of short-chain fatty acids (SCFA) from the fermentation of otherwise indigestible dietary carbohydrates may protect against pediatric obesity and metabolic syndrome. Still, it has not been demonstrated that therapies involving microbiota-targeting carbohydrates, known as prebiotics, will enhance gut bacterial SCFA production in children and adolescents with obesity (age, 10 to 18 years old). Here, we used an in vitro system to examine the SCFA production by fecal microbiota from 17 children with obesity when exposed to five different commercially available over-the-counter (OTC) prebiotic supplements. We found microbiota from all 17 patients actively metabolized most prebiotics. Still, supplements varied in their acidogenic potential. Significant interdonor variation also existed in SCFA production, which 16S rRNA sequencing supported as being associated with differences in the host microbiota composition. Last, we found that neither fecal SCFA concentration, microbiota SCFA production capacity, nor markers of obesity positively correlated with one another. Together, these in vitro findings suggest the hypothesis that OTC prebiotic supplements may be unequal in their ability to stimulate SCFA production in children and adolescents with obesity and that the most acidogenic prebiotic may differ across individuals.IMPORTANCE Pediatric obesity remains a major public health problem in the United States, where 17% of children and adolescents are obese, and rates of pediatric "severe obesity" are increasing. Children and adolescents with obesity face higher health risks, and noninvasive therapies for pediatric obesity often have limited success. The human gut microbiome has been implicated in adult obesity, and microbiota-directed therapies can aid weight loss in adults with obesity. However, less is known about the microbiome in pediatric obesity, and microbiota-directed therapies are understudied in children and adolescents. Our research has two important findings: (i) dietary prebiotics (fiber) result in the microbiota from adolescents with obesity producing more SCFA, and (ii) the effectiveness of each prebiotic is donor dependent. Together, these findings suggest that prebiotic supplements could help children and adolescents with obesity, but that these therapies may not be "one size fits all."
Authors
Holmes, ZC; Silverman, JD; Dressman, HK; Wei, Z; Dallow, EP; Armstrong, SC; Seed, PC; Rawls, JF; David, LA
MLA Citation
Holmes, Zachary C., et al. “Short-Chain Fatty Acid Production by Gut Microbiota from Children with Obesity Differs According to Prebiotic Choice and Bacterial Community Composition.” Mbio, vol. 11, no. 4, Aug. 2020. Pubmed, doi:10.1128/mBio.00914-20.
URI
https://scholars.duke.edu/individual/pub1453744
PMID
32788375
Source
pubmed
Published In
Mbio
Volume
11
Published Date
2020
DOI
10.1128/mBio.00914-20 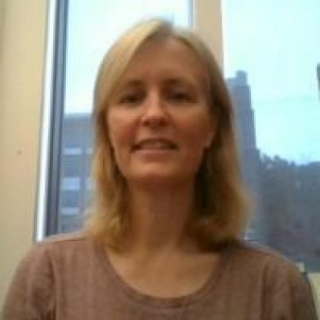