Meira Epplein is a cancer epidemiologist interested in modifiable risk factors in under-served populations, with a focus on the association of infection and cancer.  She became Co-Leader of Cancer Control and Population Sciences at Duke Cancer Institute and Associate Professor of Population Health Sciences in the Duke University Medical Center in May of 2017.  Previously, she was a tenured faculty member at Vanderbilt University Medical Center, after two years as a post-doctoral fellow with the Multiethnic Cohort Study at the University of Hawaii.  Prior to earning her PhD in epidemiology from the University of Washington, she completed an MA in international studies, and spent five years as a program officer for the Asian research think tank, the National Bureau of Asian Research.

Dr. Epplein’s research program has centered around the bacteria Helicobacter pylori, a spiral, gram-negative bacterium that infects approximately 50% of the world’s population, and is the leading carcinogenic infectious agent according to the International Agency for Research on Cancer.  Her research seeks to understand the heterogeneity of H. pylori, to determine the most toxigenic forms of the bacteria so to identify the highest risk populations which can then be targeted for antibiotic therapy, which has been shown to be effective for risk reduction. At the same time, she is committed to furthering our understanding of the co-factors involved in both H. pylori-associated disease risk and benefit, as the bacteria has inhabited the stomachs of humans for over 100,000 years, and so very likely also confers certain biological advantages to its hosts.

As Principal Investigator, she has obtained three large NIH-funded grants to further explore the epidemiology of H. pylori heterogeneity: a 5-year career development award (K07) from NCI that focuses on infection, inflammation, and cancer; a 5-year R01 from NCI to develop an H. pylori blood biomarker for gastric cancer risk in East Asia; and a 4-year R01, again funded by NCI, to further investigate, in a large consortium of prospective cohorts across the United States, the novel preliminary finding of H. pylori protein-specific antibodies and the risk of colorectal cancer. She also serves as a Co-Investigator and lead gastric cancer and H. pylori researcher for the Southern Community Cohort Study (SCCS). In addition to serving as a standing member of the study section NCI Subcommittee J (Career Development Awards), she is an editorial board member of the journal Cancer Epidemiology, Biomarkers & Prevention, and is co-chair of the 2017 American Society of Preventive Oncology Annual Meeting Program Committee.

Association of Combined Sero-Positivity to Helicobacter pylori and Streptococcus gallolyticus with Risk of Colorectal Cancer.

Racial Differences in Helicobacter pylori CagA Sero-prevalence in a Consortium of Adult Cohorts in the United States.

BACKGROUND: Prevalence of Helicobacter pylori (H. pylori) infection, the main risk factor for gastric cancer, has been decreasing in the United States; however, there remains a substantial racial disparity. Moreover, the time-trends for prevalence of CagA-positive H. pylori infection, the most virulent form, are unknown in the U.S. POPULATION: We sought to assess prevalence of CagA-positive H. pylori infection over time by race in the United States. METHODS: We utilized multiplex serology to quantify antibody responses to H. pylori antigens in 4,476 participants across five cohorts that sampled adults from 1985 to 2009. Using log-binomial regression models, we calculated prevalence ratios and 95% confidence intervals for the association between H. pylori-CagA sero-prevalence and birth year by race. RESULTS: African Americans were three times more likely to be H. pylori-CagA sero-positive than Whites. After adjustment, H. pylori-CagA sero-prevalence was lower with increasing birth year among Whites (Ptrend = 0.001), but remained stable for African Americans. When stratified by sex and education separately, the decline in H. pylori-CagA sero-positivity among Whites remained only for females (Ptrend < 0.001) and was independent of educational attainment. Among African Americans, there was no difference by sex; furthermore, sero-prevalence increased with increasing birth year among those with a high school education or less (P = 0.006). CONCLUSIONS: Among individuals in the United States born from the 1920s to 1960s, H. pylori-CagA sero-prevalence has declined among Whites, but not among African Americans. IMPACT: Our findings suggest a widening racial disparity in the prevalence of the most virulent form of H. pylori, the main cause of gastric cancer.
Authors
Varga, MG; Butt, J; Blot, WJ; Le Marchand, L; Haiman, CA; Chen, Y; Wassertheil-Smoller, S; Tinker, LF; Peek, RM; Potter, JD; Cover, TL; Hyslop, T; Zeleniuch-Jacquotte, A; Berndt, SI; Hildesheim, A; Waterboer, T; Pawlita, M; Epplein, M
MLA Citation
Varga, Matthew G., et al. “Racial Differences in Helicobacter pylori CagA Sero-prevalence in a Consortium of Adult Cohorts in the United States.” Cancer Epidemiol Biomarkers Prev, vol. 29, no. 10, Oct. 2020, pp. 2084–92. Pubmed, doi:10.1158/1055-9965.EPI-20-0525.
URI
https://scholars.duke.edu/individual/pub1457268
PMID
32856604
Source
pubmed
Published In
Cancer Epidemiol Biomarkers Prev
Volume
29
Published Date
2020
Start Page
2084
End Page
2092
DOI
10.1158/1055-9965.EPI-20-0525

A Summary of the 2020 Gastric Cancer Summit at Stanford University. 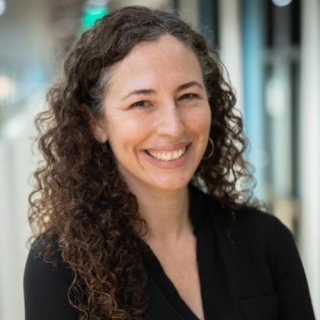