1) Polyploidy. In numerous tissues or whole organisms, one nucleus can contain tens to thousands of genomes. Such whole genome duplication, or polyploidy, massively alters the transcriptome, proteome, and metabolome. We are only just beginning to understand the purposes of polyploidy in three crucial settings: organ development, organ repair, and ectopic polyploidy that can contribute to disease. My laboratory established accessible models of these processes using Drosophila. Our goal is to uncover fundamental functions and distinguishing regulation of polyploidy.

2) Codon usage bias. The genetic code is redundant, with 61 codons encoding 20 amino acids. Despite this redundancy, synonymous codons encoding the same amino acid occur at varying frequencies. “Rare” codons occur least often while other “common” codons occur most often. Altering codon bias across evolution affects mRNA translation and has biological consequences. The impact of codon bias on tissue-specific differentiation has been largely unexplored. In Drosophila, we discovered that the ability to express genes enriched in rare codons is a defining characteristic of at least two specific organs. We are uncovering evidence that these organs express rare codon-enriched genes to achieve cell and tissue-specific identity. We are thus well-poised to define, for the first time, the role of codon bias in tissue-specific development.

Affiliate of the Duke Regeneration Center

Regeneration Next Initiative
School of Medicine

College of William and Mary

Par-4 Regulation and Function in Breast Cancer Dormancy and Recurrence

Communal living: the role of polyploidy and syncytia in tissue biology.

Multicellular organisms are composed of tissues with diverse cell sizes. Whether a tissue primarily consists of numerous, small cells as opposed to fewer, large cells can impact tissue development and function. The addition of nuclear genome copies within a common cytoplasm is a recurring strategy to manipulate cellular size within a tissue. Cells with more than two genomes can exist transiently, such as in developing germlines or embryos, or can be part of mature somatic tissues. Such nuclear collectives span multiple levels of organization, from mononuclear or binuclear polyploid cells to highly multinucleate structures known as syncytia. Here, we review the diversity of polyploid and syncytial tissues found throughout nature. We summarize current literature concerning tissue construction through syncytia and/or polyploidy and speculate why one or both strategies are advantageous.
Authors
Peterson, NG; Fox, DT
MLA Citation
Peterson, Nora G., and Donald T. Fox. “Communal living: the role of polyploidy and syncytia in tissue biology.” Chromosome Res, June 2021. Pubmed, doi:10.1007/s10577-021-09664-3.
URI
https://scholars.duke.edu/individual/pub1484521
PMID
34075512
Source
pubmed
Published In
Chromosome Research : an International Journal on the Molecular, Supramolecular and Evolutionary Aspects of Chromosome Biology
Published Date
2021
DOI
10.1007/s10577-021-09664-3 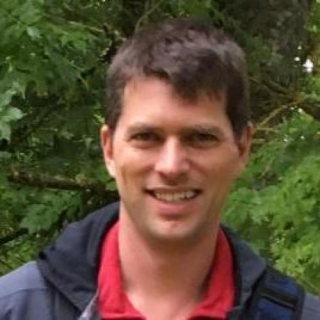