Dr. Geoffrey S. Ginsburg's research interests are in the development of novel paradigms for developing and translating genomic information into medical practice and the integration of personalized medicine into health care.

Director of Duke Center for Applied Genomics and Precision Medicine

Professor of Biostatistics and Bioinformatics

Professor in the School of Nursing

The Role of Junctophilin Type 2 in Cardiac Node Automaticity

A family health history-based risk assessment is particularly valuable for guiding cancer screening and treatment strategies, yet an optimal implementation depends upon end-users' values and needs. This is not only true prior to disease development, but also for those already affected. The aim of this study is to explore perceptions of the value of knowing one's family health history (FHH)-based risk, experience using a patient-facing FHH tool and the potential of the tool for wider implementation. Twenty multi-ethnic Asian patients undergoing breast cancer treatment in Singapore completed an FHH-based risk assessment. Semi-structured one-on-one interviews were conducted and data were thematically analyzed. All participants were female and slightly more than half were Chinese. The acceptance and usage of an FHH risk assessment tool for cancers and its broader implementation was affected by a perceived importance of personal control over early detection, patient concerns of anxiety for themselves and their families due to risk results, concerns for genetic discrimination, adequacy of follow-up care plans and Asian cultural beliefs toward disease and dying. This study uniquely sheds light on the factors affecting Asian breast cancer patients' perceptions about undergoing an FHH-based risk assessment, which should inform steps for a broader implementation in Asian healthcare systems.
Authors
Yoon, S; Goh, H; Fung, SM; Tang, S; Matchar, D; Ginsburg, GS; Orlando, LA; Ngeow, J; Wu, RR
MLA Citation
Yoon, Sungwon, et al. “Experience and Perceptions of a Family Health History Risk Assessment Tool among Multi-Ethnic Asian Breast Cancer Patients.” J Pers Med, vol. 11, no. 10, Oct. 2021. Pubmed, doi:10.3390/jpm11101046.
URI
https://scholars.duke.edu/individual/pub1499265
PMID
34683187
Source
pubmed
Published In
Journal of Personalized Medicine
Volume
11
Published Date
2021
DOI
10.3390/jpm11101046

The National Academies' Roundtable on Genomics and Precision Health: Where we have been and where we are heading.

The clinical application of genetics and genomics to advance precision health is one of the most dynamic and promising areas of medicine. In 2020, building on nearly 15 years of work, the Roundtable on Genomics and Precision Health of the National Academies of Sciences, Engineering, and Medicine undertook a strategic planning process to assess its strengths, consider the current challenges facing the field, and set out new goals for its future work. As a result, the Roundtable has updated its vision and mission and prioritized four major areas of inquiry-innovation, dialogue, equity, and adoption-while keeping true to its founding goal of providing a neutral convening space for the diversity of stakeholders in genomics and precision health. The Roundtable is unique for its breadth of membership and is committed to fostering a new era for precision health built on decades of expanding knowledge and the emergence of new technologies. To achieve its goals, the Roundtable seeks to broaden its membership's diversity and to engage with new audiences. Roundtable members explore how evidence-based discoveries in genomics could be adopted and used in innovative ways to better serve human health, how equitable access to genomic and precision health technologies can be ensured, and how the Roundtable and broader genomics and precision health community can communicate more effectively to inform the public regarding genomics and precision health. As a first principle, the Roundtable is working to support the overall goal that all people benefit from genomics for precision health.
Authors
Ginsburg, G; Penny, M; Feero, WG; Miller, M; Addie, S; Beachy, SH
MLA Citation
Ginsburg, Geoffrey, et al. “The National Academies' Roundtable on Genomics and Precision Health: Where we have been and where we are heading.” American Journal of Human Genetics, vol. 108, no. 10, Oct. 2021, pp. 1817–22. Epmc, doi:10.1016/j.ajhg.2021.08.015.
URI
https://scholars.duke.edu/individual/pub1499667
PMID
34626581
Source
epmc
Published In
American Journal of Human Genetics
Volume
108
Published Date
2021
Start Page
1817
End Page
1822
DOI
10.1016/j.ajhg.2021.08.015

Assessment of the Feasibility of Using Noninvasive Wearable Biometric Monitoring Sensors to Detect Influenza and the Common Cold Before Symptom Onset. 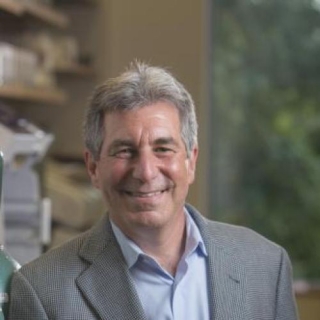