The Haynes lab is studying host innate and adaptive immune responses to the human immunodeficiency virus (HIV), tuberculosis (TB), and influenza in order to find the enabling technology to make preventive vaccines against these three major infectious diseases.

The Haynes lab is working to determine why broadly neutralizing antibodies are rarely made in acute HIV infection (AHI), currently a major obstacle in the development of an HIV vaccine. The lab has developed a novel approach to define the B cell repertories in AHI in order to find neutralizing antibodies against the virus. This approach uses linear Immunoglobulin (Ig) heavy and light chain gene expression cassettes to express Ig V(H) and V(L) genes isolated from sorted single B cells as IgG1 antibody without a cloning step. This strategy was used to characterize the Ig repertoire of plasma cells/plasmablasts in AHI and to produce recombinant influenza mAbs from sorted single human plasmablasts after influenza vaccination.

The lab is also studying the earliest effect HIV-1 has on B cells. Analyzing blood and gut-associated lymphoid tissues (GALT) during acute HIV infection, they have found that as early as 17 days after transmission HIV-1 induces B cell class switching and 47 days after transmission, HIV-1 causes considerable damage to GALT germinal centers. They found that in AHI, GALT memory B cells induce polyclonal B cell activation due to the presence of HIV-1-specific, influenza-specific, and autoreactive antibodies. The team concluded from this study that early induction of polyclonal B cell differentiation, along with follicular damage and germinal center loss, may explain why HIV-1 induced antibody responses decline rapidly during acute HIV infection and why plasma antibody responses are delayed.

The lab is also looking at ways of generating long-lived memory B cell responses to HIV infection, another major hurdle in the development of a successful HIV-1 vaccine. The lab has found that in HIV-1 gp120 envelope vaccination and chronic HIV-1 infection, HIV-1 envelope induces predominantly short-lived memory B cell-dependent plasma antibodies.

To overcome the high level of genetic diversity in HIV-1 envelope genes, the Haynes lab is developing strategies to induce antibodies that cross-react with multiple strains of HIV. The lab has designed immunogens based on transmitted founder Envs and mosaic consensus Envs in collaboration with Dr. Bette Korber at Los Alamos National Laboratory. These immunogens are designed to induce antibodies that cross-react with a multiple subtype Env glycoproteins. The goal is to determine if cross-reactive mAbs to highly conserved epitopes in HIV-1 envelope glycoproteins can be induced. The team recently characterized a panel of ten mAbs that reacted with varying breadth to subtypes A, B, C, D, F, G, CRF01_AE, and a highly divergent SIVcpzUS Env protein. Two of the mAbs cross-reacted with all tested Env proteins, including SIVcpzUS Env and bound Env proteins with high affinity.

The Haynes lab is helping to develop novel approaches to TB vaccine development. The current therapeutic vaccine for TB, called BCG, may prevent complications from TB in children, but offers little protection against infection and disease in adults. The lab is focused on using live attenuated Mycobacterium tuberculosis mutants as vaccine candidates and is currently evaluating this approach in non-human primate studies. As part of the DHVI Influenza program, they are studying the B cell response to influenza in order to generate a “universal” flu vaccine. They are currently trying to express more highly conserved influenza antigens in recombinant vesicular stomatitis virus (rVSV) vectors in order to elicit robust T cell and antibody responses to those antigens.

Director of the Human Vaccine Institute in the Department of Medicine

Strategies for eliciting multiple lineages of broadly neutralizing antibodies to HIV by vaccination. 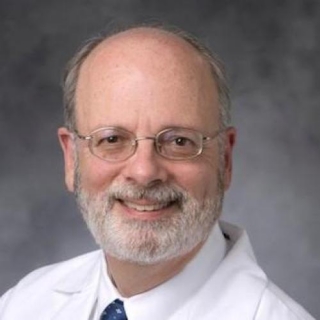