1.     A major theme throughout my career has been the biology of and improving outcomes for patients with lung cancer.  Early publications examined the relationship between specific genetic alterations in lung cancer and clinically relevant applications including differential drug sensitivity, differentiation of metastases from second primary cancers, and application of patient-specific mutations as epitopes for immunotherapy.  Correlation of alteration of p16 with drug sensitivity led to identification of a class of CDK4 inhibitor. I served as the primary investigator or co-investigator in all of these studies.  I led a study that demonstrated that tubulin mutations are uncommon in lung cancer and described the artifactual detection of pseudogenes as the origin of a prior report claiming association of tubulin mutation with taxane sensitivity, thus correcting the scientific record.

2.   A second area of continuing interest in lung cancer is the conduct of therapeutic and prevention clinical trials.  These trials have primarily been translation of hypotheses derived primarily from laboratory-based biological observations including the GRP autocrine growth factor in small cell lung cancer, a phase I study of a pulmonary toxin in non-small cell lung cancer, mutation-specific immunotherapy, and a putative chemopreventive agent for smokers.  More recently, I have been an active member of the Respiratory Committee of CALGB/Alliance including serving as principal investigator on a trial testing the addition of irinotecan to treatment of patients with small cell lung cancer.

3.  Through my clinical practice, I identified a large family with the May-Hegglin anomaly, an autosomal dominant platelet condition characterized as thrombocytopenia, leukocyte inclusions, and giant platelets.  While the condition had been described in the early 1900s, the genetic basis was unknown.  I conceptualized and led a project to identify the underlying molecular basis of this frequently misdiagnosed disorder through classical genetics.  I then extended that observation to related genetic conditions (now known as MYH9-assocaited disorders) characterized by varying degrees of hematological abnormalities, hearing loss and renal disease.  Analysis of the spectrum of observed mutations and phenotypes resulted in identification of a genotype-phenotype association for the most medically significant aspects of the disorders.  Working with Dan Kiehart’s lab, we described the effect of commonly observed mutations of MYH9 on assembly of non-muscle myosin.  An animal model of the most common MYH9 mutation was created in my lab and demonstrated hematological abnormalities similar to those found in humans.

4.  I described genetic linkage for a rare familial cancer syndrome characterized by very high penetrance of chordoma.  Subsequent linkage analysis resolved a phenotype mis-assignment and resulted in identification of germline gene duplication of the T-box gene, Brachyury in about half of affected families.  I then confirmed another groups report that a common coding region SNP of the Brachyury gene as well as additional genetic variants are associated with an increased risk for development of chordoma independent of amplification of the Brachyury gen.   To study the biology of chordoma, I established the origin of existing putative chordoma cell lines and working criteria for identification of possible new chordoma cell lines.  Using two confirmed chordoma cell lines, I screened all regulatory-approved drugs for anti-growth activity to determine whether any could be repurposed for clinical use in patients.

5.  Beginning in 2007, I began to transition my career to a leadership position within the Department of Veterans Affairs as the National Program Director for Oncology.  This led to opportunities to utilize the vast and detailed clinical data sets of nearly 1 million patients with cancer to address questions that have been difficult to study either through randomized trials or in less robust datasets.  The use of surgery to treat early stage non-small cell lung cancer is a standard treatment for which I observed a racial disparity.  The lower rate of use of surgery among African Americans was not explained by association with comorbidity.  In another study, I described the rate of use of adjuvant chemotherapy as having increased temporally after publication of randomized trials showing a modest benefit to its use.  I showed that initially this chemotherapy was primarily carboplatin-based, despite all positive trials having used cisplatin.  Cisplatin use has subsequently increased though there is not a demonstrable improvement is survival associated with its use.  I also showed that survival overall, regardless of use of chemotherapy, has improved suggesting that the application of clinical trial data for adjuvant chemotherapy is improving outcome.  In a related study, I found that elderly patients benefit as much as younger patients from adjuvant chemotherapy.  Patients with stage III non-small cell lung cancer are frequently treated with concurrent chemoradiotherapy, for which there are two commonly used chemotherapy regimens: cisplatin-etoposide and carboplatin-paclitaxel.  I examined the outcome and toxicity of patients treated with these two regimens and found that while there was no significant difference in survival, there was more toxicity associated with cisplatin-etoposide.  This finding may impact one current clinical guideline recommendation that favors cisplatin-etoposide over carboplatin-paclitaxel.  Finally, in stage IV disease, a similar observation was made that cisplatin-based chemotherapy is associated with greater toxicity but not improved survival.

Preference Tx for Sequencing in NSCLC

Adoption of Extended-Interval Dosing of Single-Agent Pembrolizumab and Comparative Effectiveness vs Standard Dosing in Time-to-Treatment Discontinuation. 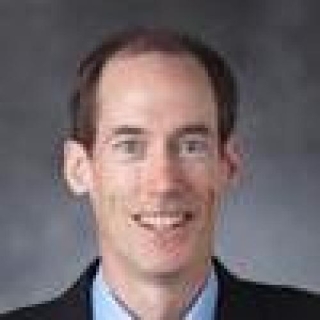