The long-term goal of our research is to define the pathways that integrate activation of growth factor, chemokine and adhesion receptors to the regulation of morphogenesis, cell polarity, growth, differentiation, adhesion, and migration during cancer and in response to injury. We have a long-standing research interest on the role of protein tyrosine phosphorylation in tumorigenesis and inflammation. Our early research led to seminal discoveries that defined the critical pathways employed by the Bcr-Abl tyrosine kinase to induce human leukemias. Currently, we are employing novel animal models to investigate the role of tyrosine kinase signaling networks in the regulation of cell polarity, growth, differentiation, adhesion and migration required for tumor progression and inflammatory responses. In particular, we are dissecting the pathways that modulate the crosstalk between multiple cell types during tumor progression and metastasis. Disrupting these “intercellular conversations” is expected to generate new targets for therapeutic intervention. Specifically, we focus on the role of the Abl family of tyrosine kinases, Abl1 and Abl2 (Arg), and associated actin regulatory proteins in diverse cellular processes leading to changes in cell morphology, motility, invasion, adhesion, as well as cell growth and survival. Among the research areas currently being pursued in our laboratory are defining the mechanisms that regulate the cross-talk between cancer cells and associated cells in the tumor microenvironment. We have recently uncovered a previously unknown role for Abl kinases in the regulation of tumor-bone interactions by breast cancer cells and showed that Abl kinases promote breast cancer osteolytic metastasis by activating transcriptional networks dependent on TAZ and STAT5. Moreover, we found that ABL kinases promote metastasis of lung cancer cells harboring EGFR or KRAS mutations. Inactivation of ABL kinases suppresses lung cancer cell metastasis and ABL kinases are required for expression of pro-metastasis genes in lung cancer cells. ABL-mediated activation of the TAZ and b-catenin transcriptional co-activators is required for lung adenocarcinoma metastasis, and ABL kinases activate TAZ- and b-catenin by decreasing their interaction with the b-TrCP ubiquitin ligase leading to increased protein stability. High-level expression of ABL1, ABL2 and a subset of ABL-dependent TAZ- and b-catenin-target genes correlates with shortened survival of lung adenocarcinoma patients. Thus, ABL-specific allosteric inhibitors might be effective to treat metastatic lung cancer with an activated ABL pathway signature. The ultimate goal of our studies is to develop novel therapies for the treatment of metastatic solid tumors by targeting not only cancer cells but also associated stromal cells in the tumor microenvironment.

University of California at Riverside

Exploring the role of polyploidy in tumor progression

Identification of a novel target for treating breast cancer metastasis

© 2019 Impact Journals LLC. All rights reserved. This article has been corrected: In Figure 2D, the panel for the loading control should be labeled 'tubulin', not 'GAPD.' We have corrected the legend to Figure 2D by updating this sentence: "Phospho-CrkL is a marker for Abl kinase activity while a-tubulin is a loading control." In addition, we have added a sentence to the legend of Figure 5C to clarify the origin of the lysates: "C) Western blot (using the same lysates as Figure 2D) analysis showed no significant difference in total Yap1 protein expression in double treated mice compared to vehicle treated control mice." The corrected Figure 2D and the corrected legend of Figure 5 are shown below. The authors declare that these corrections do not change the results or conclusions of this paper.
Authors
Khatri, A; Gu, JJ; McKernan, CM; Xu, X; Pendergast, AM
MLA Citation
Khatri, A., et al. “Correction: ABL kinase inhibition sensitizes primary lung adenocarcinomas to chemotherapy by promoting tumor cell differentiation (Oncotarget (2019) 10 (1874-1886) DOI: 10.18632/oncotarget.26740).” Oncotarget, vol. 10, no. 57, Oct. 2019, pp. 6045–46.
URI
https://scholars.duke.edu/individual/pub1417927
Source
scopus
Published In
Oncotarget
Volume
10
Published Date
2019
Start Page
6045
End Page
6046

Targets of the ABL tyrosine kinases in normal and transformed cells 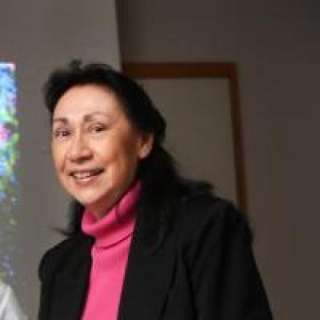