We are pursuing three main lines of research:

1) Brain imaging of the effects of nicotine and cigarette smoking: We have used Positron Emission Tomography (PET) methods to analyze regional cerebral blood flow responses to nicotine, administered either intravenously or inhaled in cigarettes. Our aim is to identify brain substrates mediating the addictive properties of nicotine. Preliminary results have shown alterations in the pattern of regional cerebral blood flow, involving frontal cortex, amygdala and other brain regions. We will continue to delineate the similarities and differences between the effects of nicotine and other drugs on regional brain activity, and plan to monitor the changes in response to nicotine after smoking cessation with nicotine antagonist treatment.

2) Analysis of airway sensory components of smoking reinforcement: We have continued the study the role of sensorimotor aspects of cigarette smoking in relieving craving for cigarettes and regulating smoke intake. We completed a study of the effects of intravenous nicotine presented alone or in combination with the sensorimotor aspects of smoking using de-nicotinized cigarette smoke. Craving for cigarettes was relieved more effectively by the de-nicotinized smoke than by the intravenous nicotine. Current studies underway at the Clinical Research Unit will further investigate the subjective effects of i.v. nicotine and de-nicotinized cigarette smoke, using a wider range of nicotine doses. Possible predictors of clinical outcome following nicotine skin patch treatment will be identified based on acute responses to the pharmacologic effects of nicotine in the laboratory.

We are also continuing to further the clinical application of these findings by developing substitutes that provide the airways sensory effects of smoking (e.g. citric acid aerosol).


3) Agonist/antagonist combination treatment for drug dependence: In a double blind smoking cessation trial using mecamylamine, a nicotinic antagonist, in combination with nicotine skin patches, we found that addition of the antagonist substantially increases smoking abstinence throughout the 1 year follow-up. Two additional studies that we conducted support the view that pre-treatment with mecamylamine prior to smoking cessation may be a critical factor in achieving high success rates. By blocking reinforcing effects of nicotine, smoking behavior may be partially extinguished, thereby facilitating subsequent smoking cessation. We recently completed a Phase II FDA trial evaluating a transdermal patch delivering nicotine and mecamylamine, which replicated our previous results. It is anticipated that an NDA pertaining to the new skin patch will be submitted in 1997. Continuing studies in our program will determine the optimal dose and duration of treatment. We also have initiated studies to extend this approach to the treatment of other drug dependencies, including cocaine.

Professor in Psychiatry and Behavioral Sciences

University of California at San Diego

Stress and Behavior in Health and Disease

The Effect of Smoking on Startle & PPI in PTSD

Nicotine in tobacco smoke is thought to stimulate sensory nerve fibers by receptors that are located on airway epithelial cells and on terminal branches of C-fiber afferents, but the exact neurochemical substrate that mediates the sensory effects of nicotine associated with cigarette smoking is not clear. ATP and nitric oxide (NO) have both been implicated in lung responsiveness to airborne chemicals such as nicotine. However, the neuroanatomical and functional relationships between nicotinic acetylcholine receptors (nAChRs), purinergic signaling, and NO are not known, and the main source of NO in the airways is not clear. In the present study, we performed RT-PCR to confirm the presence of mRNA for all three isoforms of nitric oxide synthase (NOS), neuronal (n-NOS), endothelial (e-NOS), and inducible (i-NOS), in the lung. Sequential double labeling was performed to assess the site of expression of the different NOS isoforms with respect to nAChRs and purinergic receptors (P2X3R) of the intrapulmonary airways. RT-PCR confirmed the presence of n-NOS, e-NOS, and i-NOS in the lung, and immunohistochemical studies verified their expression by epithelial cells at all levels of the intrapulmonary airways, including the terminal and respiratory bronchioles. Sequential double labeling demonstrated coexpression of n-NOS and/or i-NOS with nAChR- and P2X3R-expressing cells. These neuroanatomical findings suggest that bronchial epithelial cells may be a primary source of NO in the intrapulmonary airways and that the production and release of NO may be regulated by an autocrine/paracrine signaling system involving nAChRs and P2X3Rs.
Authors
Rose, JE; Dehkordi, O; Fatemi, M; Raghupathi, R; Millis, RM; Jayam-Trouth, A
MLA Citation
Rose, Jed E., et al. “Neuroanatomical evidence for a putative autocrine/paracrine signaling system involving nicotinic acetylcholine receptors, purinergic receptors, and nitric oxide synthase in the airways..” J Neurosci Res, vol. 90, no. 4, Apr. 2012, pp. 849–59. Pubmed, doi:10.1002/jnr.22817.
URI
https://scholars.duke.edu/individual/pub796393
PMID
22420037
Source
pubmed
Published In
J Neurosci Res
Volume
90
Published Date
2012
Start Page
849
End Page
859
DOI
10.1002/jnr.22817

Nicotine intake constitutes a principal mechanism for tobacco addiction. In addition to primary effects on nicotinic acetylcholine receptors, nicotine has cascading effects, which may also underlie its neurobehavioral actions. Nicotine induces serotonin (5-HT) release, which has not classically been thought to be involved in tobacco addiction as dopamine has. However, addiction can be characterized more as a disorder of compulsion than a disorder of enjoyment. 5-HT mechanisms play key roles in compulsive disorders. Nicotine-induced 5-HT release may be a key to tobacco addiction. Ketanserin, a 5-HT2a and 5-HT2c receptor antagonist, significantly attenuates nicotine effects on attention and memory. These studies were conducted to determine if ketanserin would reduce nicotine self-administration in rats. Male Sprague-Dawley rats (N=12) were given initial food pellet training and then 10 sessions of nicotine self-administration training (0.03 mg/kg/infusion, i.v.). Then the rats were administered ketanserin (1 or 2 mg/kg, s.c.) or the saline vehicle. Ketanserin (2 mg/kg) significantly decreased nicotine self-administration. This did not seem to be due to sedative or amnestic effects of ketanserin. In a second study, the effects of repeated administration of 2 mg/kg ketanserin (N=11) vs. saline injections (N=10) were examined. In the initial phase, the acute effectiveness of ketanserin in significantly reducing nicotine self-administration was replicated. The effect became attenuated during the following several sessions, but the significant effect became re-established during the final phases of this two-week study. 5-HT mechanisms play critical roles in the maintenance of nicotine self-administration. Better understanding of those roles may help lead to new 5-HT-based treatments for tobacco addiction.
Authors
Levin, ED; Slade, S; Johnson, M; Petro, A; Horton, K; Williams, P; Rezvani, AH; Rose, JE
MLA Citation
Levin, Edward D., et al. “Ketanserin, a 5-HT2 receptor antagonist, decreases nicotine self-administration in rats..” Eur J Pharmacol, vol. 600, no. 1–3, Dec. 2008, pp. 93–97. Pubmed, doi:10.1016/j.ejphar.2008.10.016.
URI
https://scholars.duke.edu/individual/pub783776
PMID
18950618
Source
pubmed
Published In
Eur J Pharmacol
Volume
600
Published Date
2008
Start Page
93
End Page
97
DOI
10.1016/j.ejphar.2008.10.016 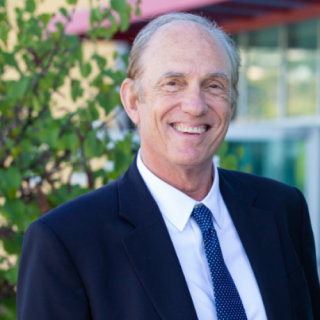 Professor in Psychiatry and Behavioral Sciences