Angels Among Us Have 2020 Vision:A Cure for Brain Cancer 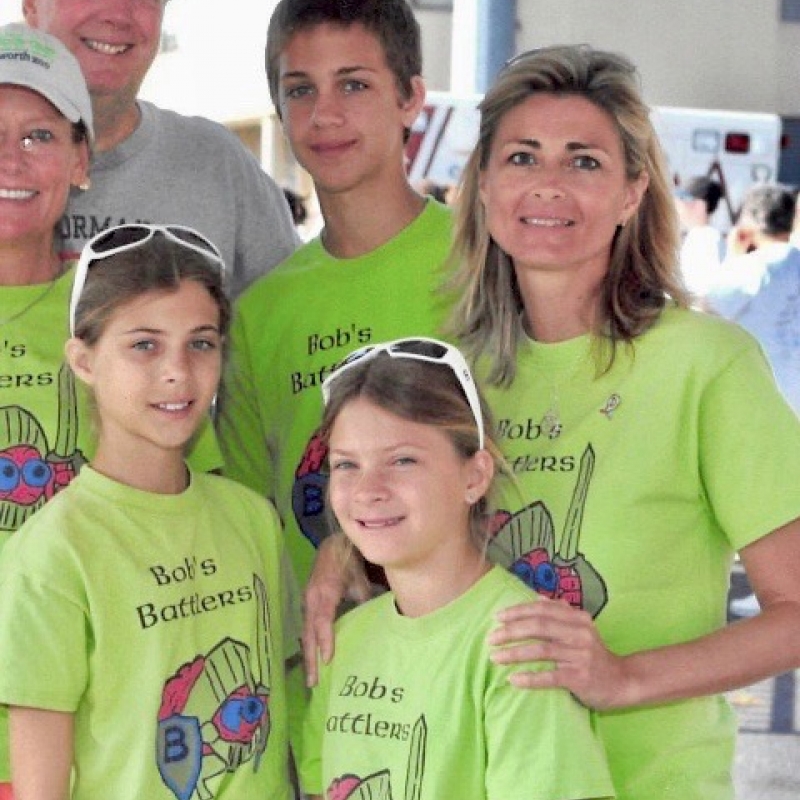 Every spring, come rain or come shine, patients, survivors, caregivers, loved ones, and Duke faculty and staff gather at the Angels Among Us 5K and Walk of Hope to celebrate hope and raise funds to fight brain cancer.

Behind every team photo and supportive hug at the annual event are stories of personal struggle and/or triumph, but always love. New teams form. Old ones dissolve. And some teams are in it for the long haul.

Funds raised at Angels Among Us, the Preston Robert Tisch Brain Tumor Center’s signature event, play an important part in advancing groundbreaking therapies and technologies. They’re used where the need is, from supporting a new researcher to buying new equipment for the lab or surgical suite.

In its 26-year history, the event has raised over $27 million for the cause. The community of supporters has grown exponentially.

“Our page is already up and we are rocking and rolling,” said Anne Baker Beebe, event coordinator for Angels. “Over 90 teams registered and we’ve already raised close to $400,000.”

Beebe lost her husband Bob to an inoperable brain tumor in 2001. The couple’s children were four, six and nine years old at the time. For her, the annual Angels Among Us event is deeply personal.

“Every year since my husband’s passing my kids and I have had an Angels Among Us team; now 18 years,” said Beebe, who also served on the Angels Planning Committee for two years. “My kids take turns being the team captain and hosting fundraisers for our team, Bob’s Battlers. It has been great therapy for all of us.”

Beebe has been a staff assistant with the Preston Robert Tisch Brain Tumor Center since 2015.

“I love being here at the Tisch Brain Tumor Center,” continued Beebe. “The staff are amazing and it is truly a family that has made me feel welcome. I strongly believe in the mission and the importance of funding the research here. We are making a difference.”

Angels Among Us begins with a 5K run through the Duke campus, followed by a Walk of HOPE around the medical center campus and the Duke Gardens. The family-friendly event offers a silent auction, entertainment, and fun activities for children (including a free prize at the children's prize tent) and also includes great food vendors, free soft drinks and much more. Awards are given to the top 10 fundraising teams, top newcomer team, and top 5 T-shirt designs.

Because of the continued rise in COVID-19 cases, and in an effort to protect the health and well-being of our patients, families, supporters, volunteers and staff, the in-person Angels Among Us 5K & Walk of Hope, will now be a virtual event on October 10, which participants can join from anywhere.

CIRCLE PHOTO (TOP): Anne Beebe (then Baker) and her kids at Angels Among Us in 2006 with their team Bob's Battlers about five years after her husband Bob Baker lost his battle with brain cancer.

Angels Among Us 5K and Walk of Hope

Form a team, join an established team or register as an individual!  (Registration is $30)

Register before September 14 to ensure receiving your race packet before event starts. We will mail it to you.

Email Anne Beebe or Katie Massey with any questions