Blobetrotters Shooting To Score A Cure 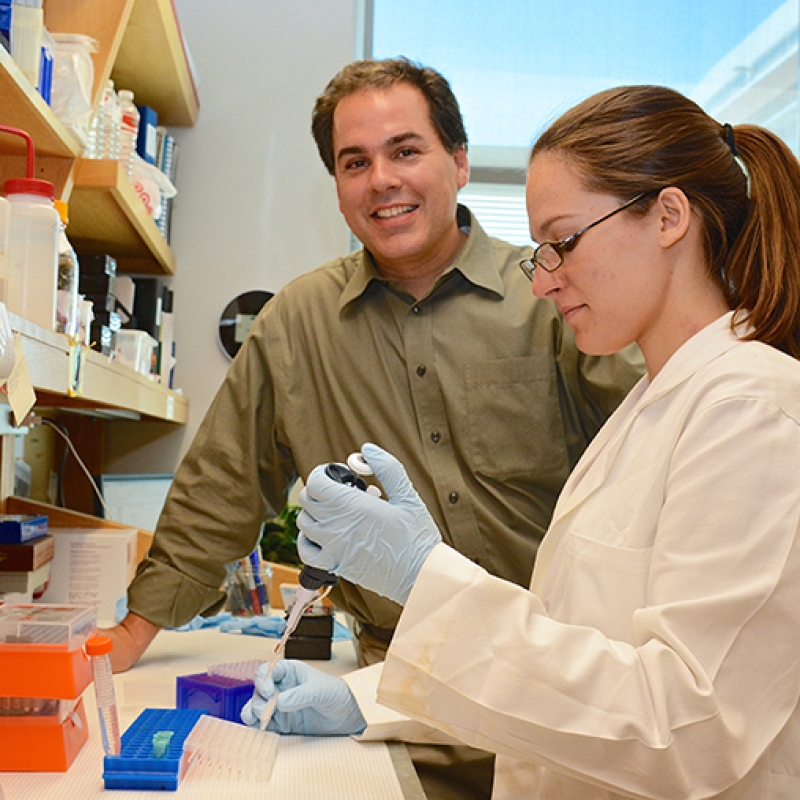 Medical oncologist Gerard Blobe, M.D., Ph.D., has joined the fight against neuroblastoma. He has teamed up with Alex’s Lemonade Stand to establish a fundraising team, the Blobetrotters.

“We believe we have made great strides in providing potential new therapies for a childhood disease called neuroblastoma, which most often strikes in infancy, effecting about 800 infants a year,” said Blobe. “Currently, many of those infants die from the disease, which as you can imagine, is devastating for those families. We have come up with a way to make these cancer cells more normal, and help these infants live longer, or even potentially be cured.”

Alex’s Lemonade Stand was founded by Alexandra Flynn “Alex” Scott who was born in Manchester, Connecticut, on Jan. 18, 1996. She was diagnosed with neuroblastoma, a pediatric cancer, two days before her first birthday. In July 2000, in spite of her own failing health, she decided to open a lemonade stand, aided by her older brother, to raise money to help children with cancer.

The brother and sister held an annual “Alex’s Lemonade Stand for Childhood Cancer” on the family’s front lawn. Her first lemonade stand in her hometown of West Hartford, Connecticut, raised more than $2,000 and turned into an annual tradition. It continued after the Scott family moved to Wynnewood, Pennsylvania, to pursue treatment at the Children’s Hospital of Philadelphia while she attended Penn Wynne Elementary School. On Aug. 1, 2004, Alex died at the age of eight.