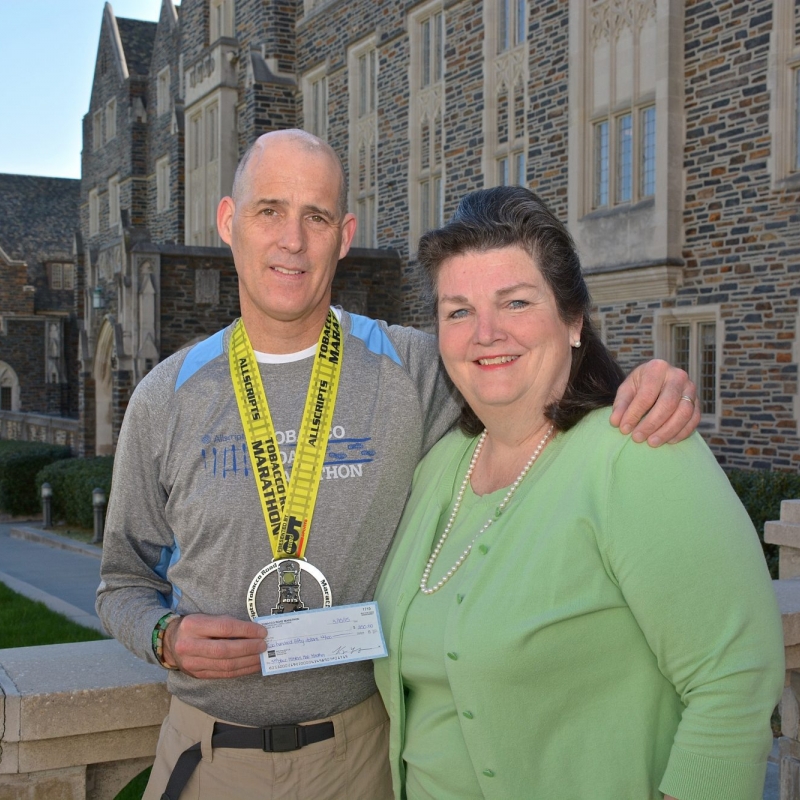 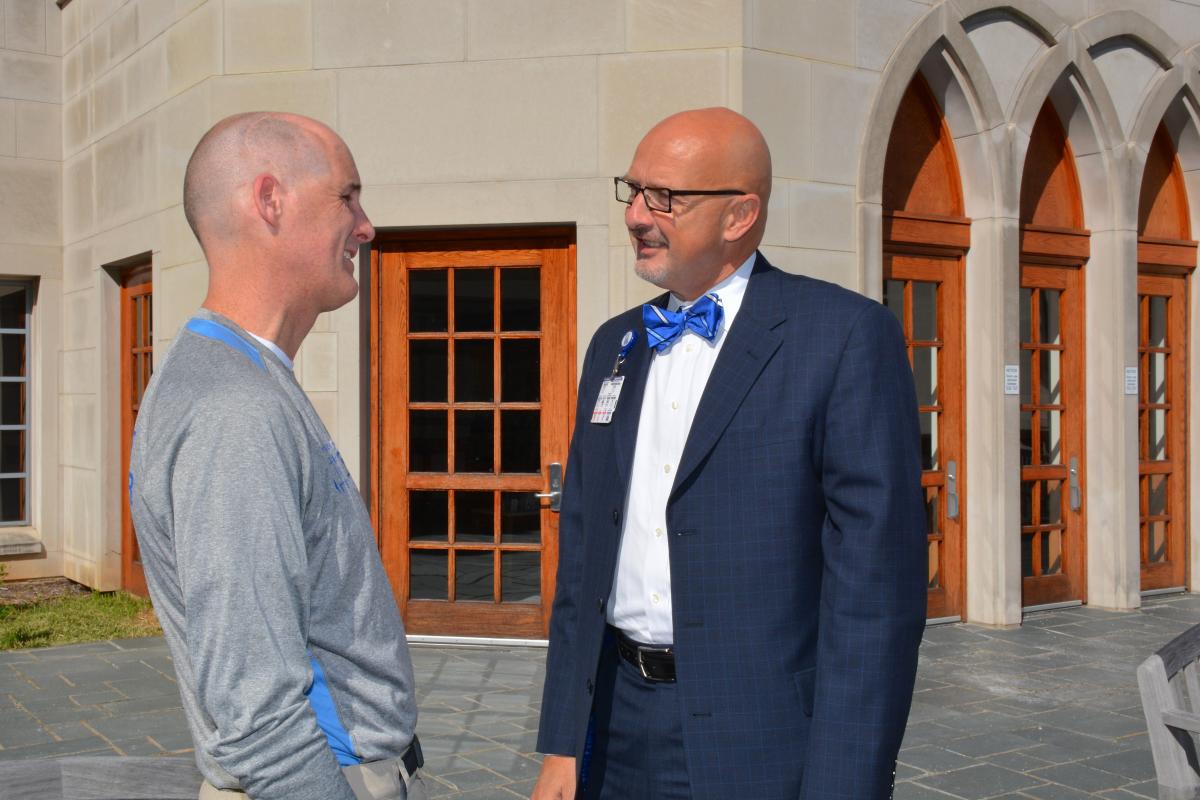 O’Donnell chats with Kevin W. Sowers, RN, MSN, Duke University Hospital president. Sowers recently launched his own blog, “Teach Me,” which can be located on the DUH Intranet.Marathon runner and brain cancer survivor Tom O’Donnell presents a check to Ellen Stainback, director of External Relations at the Preston Robert Tisch Brain Tumor Center at Duke. O’Donnell, who was diagnosed with a grad 2 oligoden-droglioma in 2009, recently participated in the 2015 Tobacco Road Marathon and won his division. He donated the cash award to his Angels Among Us fundraising team, 100% Possible. Since 2010 when he first began supporting Angels Among Us, O’Donnell and his team have raised more than $51,000.

“Participating means everything to me,” O’Donnell said. “It’s a day like no other, and it’s not often I get to run a race in which I finish with my oncologist.”

Angels Among Us, a 5K and 3K family walk, takes place at Duke University on Saturday, April 25. To date Angels Among Us has raised nearly $1 million toward a $2 million goal. Proceeds benefit the extraordinary scientific research conducted at the Preston Robert Tisch Brain Tumor Center.

To support Tom O'Donnell and his team, visit 100% Possible. To register for the race or join a team, visit Angels Among Us or email at angelsamongus@dm.duke.edu.