Can Your Treatment Regimen Affect Your Cardiovascular Health? 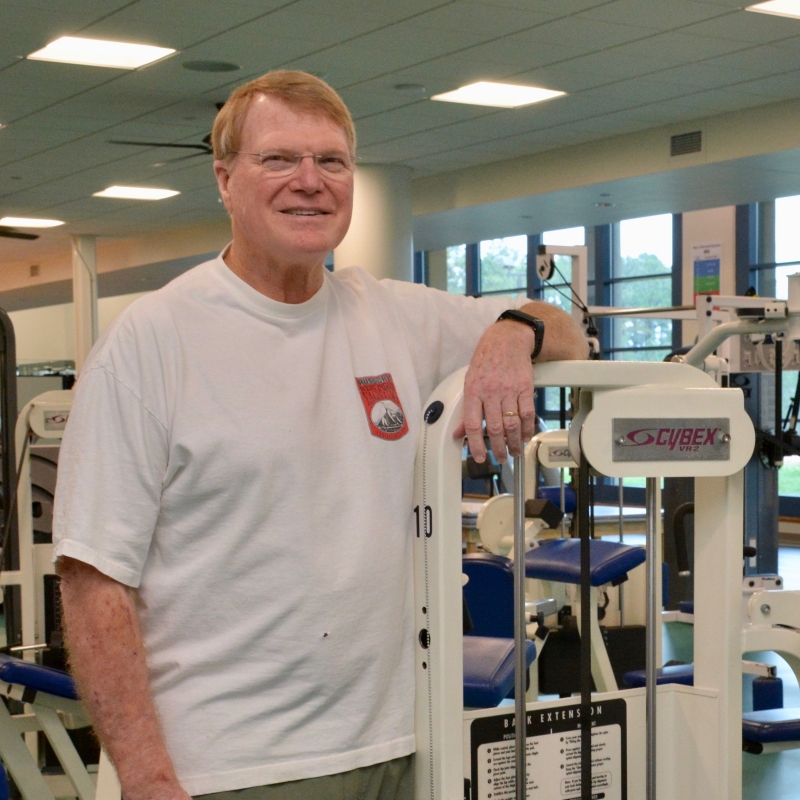 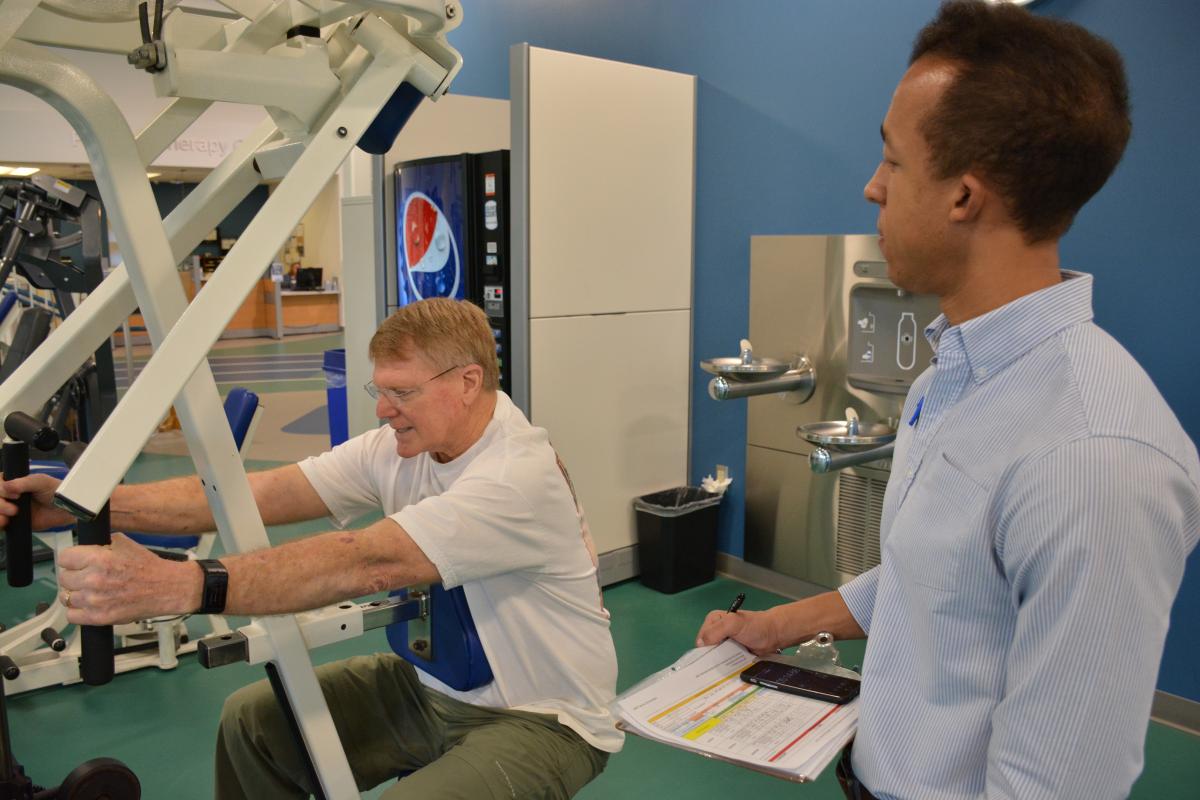 Harry Chambers undergoes a series of exercise tests that monitor his cardiopulmonary function.Nestled in the woods of Duke Forest, you will find the Center for Living Campus at Duke University. It’s an early spring morning as Harry “Randy” Chambers arrives for his weekly exercise appointment. Once inside the building’s walls, Chambers begins to warms up with a brisk walk around the track.

“I’ve circled Duke tracks for many years,” says Chambers, a former 1969 – 1972 Duke University football player. “Coach McGee used to make us run a mile in under seven minutes before practice even began.”

After his warmup walk, Chambers heads to a specific area of the gym to undergo a series of tests that monitor his cardiopulmonary function. This information will help Duke researchers better understand the toxicity of the medication he is taking for his metastatic kidney cancer. For Chambers, lifting weights back in a Duke gym is no longer about how much he can bench-press, but instead how much his heart can handle.

An investigator-initiated study, ASSET, by Michael Harrison, MD, focuses on the effects of Sunitinib in renal cell carcinoma patients receiving the drug for the first time. As noted on the label, major side-effects to Sunitinib include extreme fatigue and high blood pressure. This study is designed to determine the best regime for a patient’s functioning status while on the drug.

“Research has proven that cancer treatments can worsen cardiac risk factors and weaken the heart,” described Harrison, who also studies cardio-oncology at Duke. “We know from prior research that Sutent has effects on the heart, vasculature and muscles. Thus, these three are key determinants that could explain any declines in VO2 peak (measurement of the maximum amount of oxygen that an individual can utilize during intense, or maximal exercise) of patients. VO2 peak is a measure of cardiorespiratory fitness that correlates with survival in many populations.”

Participants in the trial are randomized into two different variations: 2/1 (two weeks of treatment followed by one week without) and 4/2 (four weeks of treatment followed by two weeks without). Once enrolled, they are also tested for their VO2 peak with a cardiopulmonary stress test along with the echocardiograms done before and after this exercise.

As an option, the individuals receive a Garmin fitness tracker and ambulatory blood pressure tracker to capture their exercise data at home. The devices sync with an app that allows investigators to track health statistics (heart rate, blood pressure, steps and etc.). In partnership with Duke’s Center for Living, patients are also scheduled for appointments with an exercise consultant to undergo in-person functional tests.

“Our primary objective is to have participants run through a series of functional tests to estimate the change in VO2 peak on the different treatment schedules,” said Harrison. “The incidence of cardiac dysfunction with Sunitinib and a similar medication on Phase III trials was 11 to 13 percent, but this was based on echocardiograms done at rest. We expect to see higher rates of cardiac dysfunction with the more detailed echocardiograms, as our tests will measure during both rest and after stress.”

Committed to clinical research that optimizes the use of cancer drugs, Duke Prostate & Urologic Cancer Center investigators hypothesize that the schedule of two weeks on treatment with one week off will not only be better tolerated by patients, but also associated with less fatigue and cardiovascular toxicity. ASSET could lead to follow-up studies testing exercise and other strategies to minimize these side effects and maximize quality of life.

If you are interested in learning more about Duke’s ASSET Trial, please visit the clinical trial website.