In Canines, A Novel Approach To An Old Drug 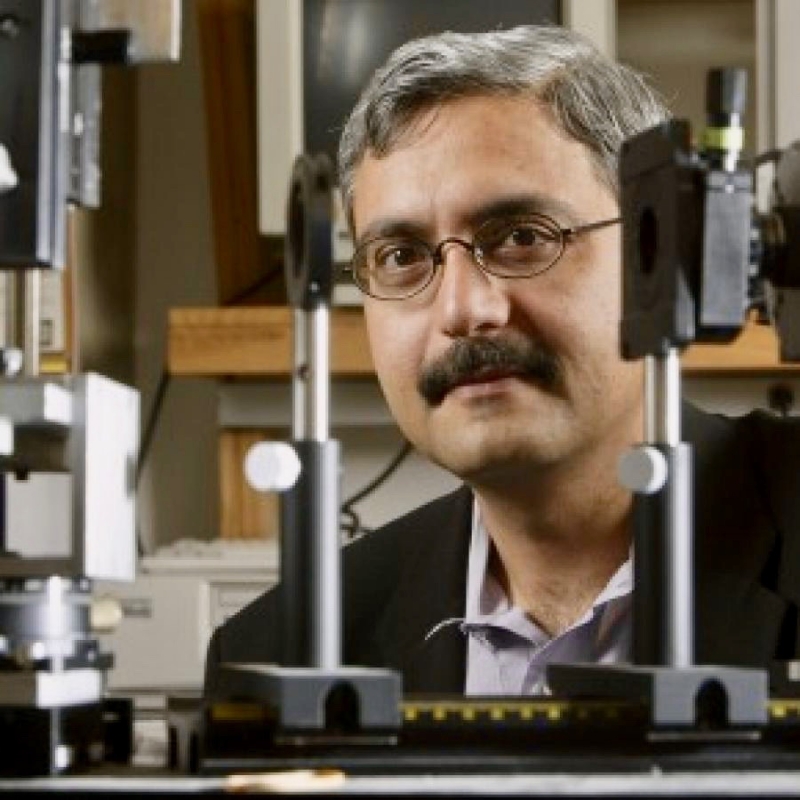 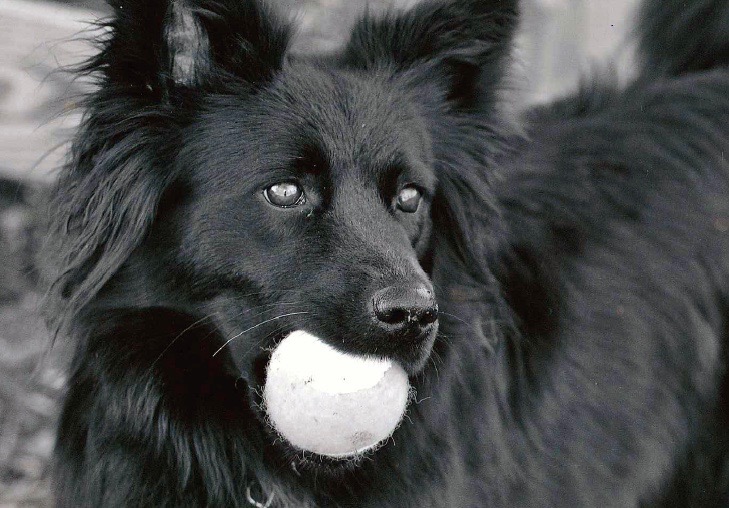 Cancer is the leading cause of death in dogs, with one in four developing the disease in his or her lifetime. For humans, it’s one in three. America’s 83 million pet dogs share our environment, have similar genomes and develop spontaneous tumors much like we do.

Canine tumors have similar imaging and treatment modalities, metastasis and recurrence patterns, latency periods, and potentially the same causation as human tumors. Researchers say opportunities for specialists in canine and human oncology to work together to develop mutually beneficial, more effective and less toxic anti-cancer drugs for both species are boundless.

The Consortium for Canine Comparative Oncology, a collaborative research partnership between Duke Cancer Institute and North Carolina State University College of Veterinary Medicine founded in 2015, is helping make the development of those new therapies possible.

Ashutosh Chilkoti, PhD, and Steven Suter, VMD, MS, PhD, have benefited from two successive grants from the consortium (in 2016 and 2017) for pilot projects testing a new formulation (CP-DOX) of an old chemotherapy drug (doxorubicin) for treating dogs with high-grade B-cell lymphoma.

Chilkoti is chair of the Department of Biomedical Engineering and a member of Duke Cancer Institute. With more than 70 patents and patent applications, his research explores the interaction between biological and synthetic polymers with biology at the molecular level, with the goal of developing molecular tools and devices for medicine and biotechnology.

Suter is an associate professor at the North Carolina State University’s School of Veterinary Medicine and directs the Canine Bone Marrow Transplant Unit. His main research focus is geared towards understanding the molecular underpinnings of canine hematologic malignancies using a variety of "genomics" techniques, and his lab houses the vast majority of published canine lymphoid cell lines — used for a variety of cell cytotoxicity studies to evaluate novel therapeutics.

“One of the reasons that this application generated a lot of enthusiasm with the review committee was because it’s a wonderful example of how DCI’s partnership with North Carolina State University can more rapidly advance the development of novel drugs,” said Duke Cancer Institute director Michael Kastan, MD, PhD. “When we see the data, it will greatly facilitate our ability to take this to humans.”

Doxorubicin, an anthracycline first approved for medical use in 1974, is used to treat many types of cancer, including leukemia, lymphoma, neuroblastoma, sarcoma, Wilms tumor, and cancers of the lung, breast, stomach, ovary, thyroid, and bladder. It’s typically used in combination with other drugs. Its limitations are that it’s a small-molecule drug and it has limited solubility in the blood — so it gets cleared out of the bloodstream very quickly, limiting its effectiveness, and tends to cause heart and other toxicities.

“For years, researchers have tried many different ways of better delivering this drug,” said Chilkoti. “The challenge is in how we increase the maximum tolerated dose while decreasing the toxicity to the organs.”

A Potential Solution With Nanoparticles 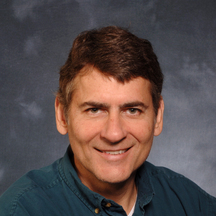 Steven Suter, VMD, MS, PhD — Ashutosh Chilkoti, PhD, is featured in above circle photo.st showed, in a paper published in Nature Materials in 2009, that a recombinant chimeric polypeptide (CP) nanoparticle could be used to encapsulate doxorubicin, and that these nanoparticles were far more effective than the free drug (doxorubicin in its current formulation).

He explained how the CP-DOX formulation was created: “Our formulation is a new carrier system which involves attaching doxorubicin to recombinant polypeptides. We make it just like you make a protein, but unlike most proteins, it’s an unstructured polypeptide. We attach multiple copies of the drug to one end of the polymer and the attachment drives the formation of nanoparticles spontaneously. The drug-loaded nanoparticles are very water soluble and they tend to not to go to the heart. They tend to go to the tumor much more than do the free drugs.”

In a follow-up study to the 2009 study, Chilkoti showed, using murine models, that CP-DOX delays metastasis. In a paper published in 2017, his group went to show that the CP-DOX formulation not only improves the cytotoxic (cancer cell killing) action of the doxorubicin, but also mobilizes the immune system — It triggers a cytotoxic T-cell response in tumors as well as re-polarization of macrophages from an immunosuppressive phenotype to an anti-tumor phenotype.

Less of the drug, in its nanoparticle formulation (CP-DOX), was settling in the heart, and more of the drug was targeting the tumor. Because this lowered the toxicity of the drug, they could administer the drug in higher doses. In fact, CP-DOX nanoparticles were shown, in murine models, to exhibit a four-fold higher maximum tolerated dose than doxorubicin in its original form, so that the nanoparticle drug formulation could be administered at higher doses than free drug, without causing the same side-effect.

“We observed promising data in the murine tumor models (mouse models), so we decided to go to the canine model as a larger animal that is more similar to humans,” said Chilkoti.

In theory, the new formulation (CP-DOX) would work the same way in canine and human patients — increasing drug delivery to tumors and decreasing toxicity to the heart and other organs.

“However,” as Chilkoti pointed out, “Mice are not men and in cancer models, especially, mice have limited predictive power for humans. Dogs, on the other hand, are good models for human cancers. They’re closer in size to humans, so their pharmacokinetics — how the drug circulates in the bloodstream— is likely to be more relevant to humans. They’re also more sensitive to cancer drugs than humans in terms of side effects, so immediate side-effects of a given drug can be detected at much lower doses.”

In Chilkoti and Suter’s first c3o-funded pilot project (2016) — “A Phase 1 Clinical Trial of CP-DOX in Dogs: A Novel Nanoparticle Formation of an Old Drug” — they sought to learn how long the drug circulated in the bloodstream and the canine response to the drug. They found, similar to murine models, that the CP-DOX circulated in the bloodstream four times longer than doxorubicin (in its original form).

In the project’s continuation, with c3o funding in 2017 — “A Phase II Clinical Trial and Pharmacodynamics Study of CP-DOX in Dogs” — they are increasing the dose of the CP-DOX formulation and determining the maximum tolerated dose. Preliminary results indicate that canine models can tolerate 50 percent more of the CP-DOX than they can of the maximum dose of doxorubicin (in its original form).

“It’s already promising, but we haven’t finished,” said Duke graduate student Parisa Yousefpour Ghassab, MS, who’s been conducting much of the lab work on this project. “At this time, we need to go higher. We don’t know at what point we will start seeing the same systemic toxicities — body-wide, organ-wide — that we see with doxorubicin in its original form.”

Next they will be looking closely at the distribution of CP-DOX in all different organs, including the heart.

“We hope that, as in murine models, we will see a lower accumulation of CP-DOX in the heart, compared to the original form of doxorubicin,” said Ghassab. 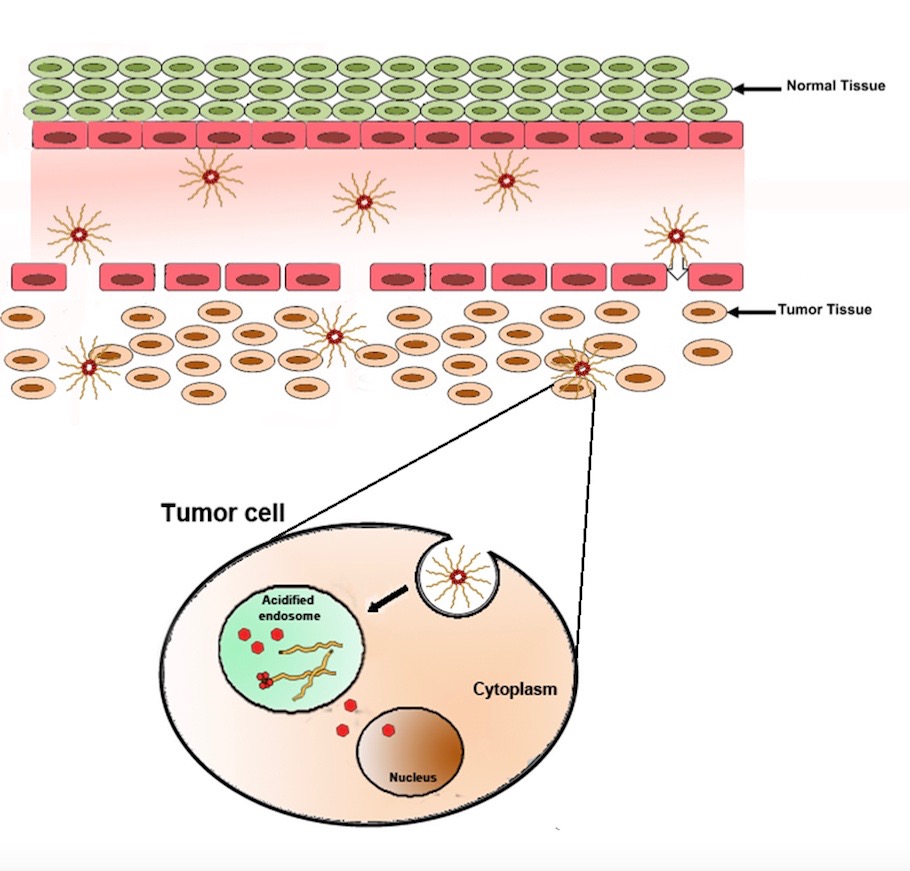 At the conclusion of the phase 2 clinical trial, they will be seeking funding for a small efficacy trial with patient dogs with lymphoma and possibly other cancers. If they secure funding, that trial will start recruitment in summer 2018.

Chilkoti and Suter anticipate that the data generated in that trial may ultimately be applicable to humans (diffuse, large B-cell lymphoma). Eventually the CP-DOX formulation of doxorubicin may be applicable to the treatment of a wide variety of malignancies, in both species, that are already being treated with the current formulation of doxorubicin.

“I believe that Prof. Chilkoti has developed a potentially transformative technology that can be used to reformulate —and thereby improve— diverse classes of small molecule cancer chemotherapeutics,” wrote dean of the Duke University Pratt School of Engineering, in his letter of support for Chilkoti and Suter’s 2017 CP-DOX project proposal.

Chilkoti said that, depending on funding, there’s a possibility of future testing of other reformulated drugs with canine models. His lab has already done quite a bit of work, in murine models, with the nanoparticle delivery technology and another chemotherapeutic — the more widely-used drug paclitaxel — that he says works equally well if not better, than CP-DOX. (In parallel, Chilkoti’s work taking a related drug delivery technology into the clinic for biologics in the metabolic and cardiovascular space, through a company he founded, PhaseBioPharmaceuticals, has been funded to run two Phase II clinical trials.)

Chilkoti hopes to continue his partnership with Suter and his lab, as their research progresses.

“Steve is an absolutely indispensable partner in this development process,” said Chilkoti. “Dr. Suter, a practicing veterinarian and canine oncologist, has his own clinic and handles all the animal studies. We’ve been working with him for more than 1.5 years and he’s an absolutely wonderful partner — very responsive and highly knowledgeable. His expertise is completely complementary and synergistic with ours, and Parisa and I are delighted to be working with him.”

Chilkoti and Suter will present the results of their research at the third annual symposium of the Consortium for Canine Comparative Oncology (c3o), to be held on Friday, Feb. 23, from 7:30 a.m. to 5 p.m. at the Durham Convention Center in Durham, North Carolina.