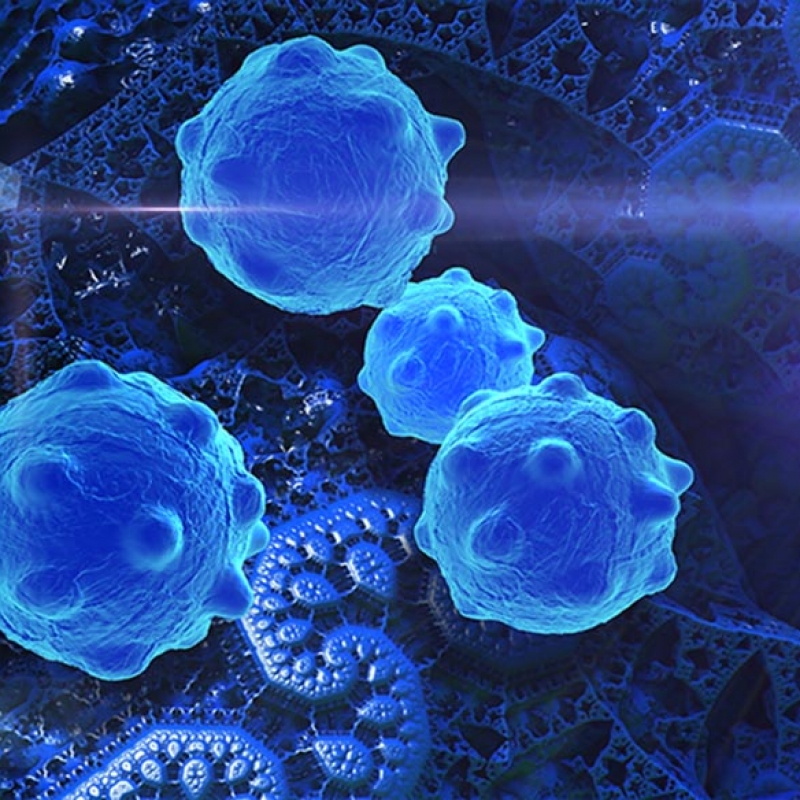 A Duke research team has identified a molecular process by which lung cancer cells metastasize and become cancers in the brain. They are confident this pathway can be addressed with drugs to possibly prevent metastasis.

They found that the process is driven by an enzyme called ABL2 tyrosine kinase which activates a transcription factor called Heat Shock Factor 1 (HSF1), and that in turn activates genes that are important for brain metastasis.

When the heat shock factor is knocked out in lung cancer cells, those tumor cells immediately begin to die. The findings were published in the journal Proceedings of the National Academy of Sciences on Dec. 14.

Heat Shock Factor 1 is normally involved in regulating stress in the body. The research team, led by senior author Ann Marie Pendergast, PhD, Anthony R. Means Cancer Biology Professor, decided to investigate HSF1’s role in brain metastasis because the transcription factor is known to be much more active in lung cancer brain metastases than in the lung tumor cells from which they come.

“To investigate the role of HSF1, we looked at how the brain metastatic and parental lung cancer cells responded to the loss of HSF1,” said Benjamin Mayro, a PhD candidate in the Department of Pharmacology and Cancer Biology and co-first author on the paper. “A great way of studying what a protein does is to evaluate how cells respond when you eliminate its expression. We saw, both in vitro (petri dishes) and in vivo (as tumors growing in the brain), that the brain metastatic cancer cells start to dramatically die when we got rid of HSF1.”

This inhibitor, ABL001 (Asciminib), is currently in clinical trials for the possible treatment of leukemia patients who have an activated variant of the ABL kinase.

“We are excited about this discovery because there are limited therapeutic options currently available to treat lung cancer brain metastases, and the discovery of the ABL2-HSF1 signaling pathway defines a new druggable pathway to treat this disease,” Pendergast said.

The other co-first author is Jacob P. Hoj, Ph.D., who was awarded his doctorate degree this year for his work on the mechanisms that promote brain metastasis in the Pendergast lab. Hoj is currently a postdoctoral fellow in the laboratory of Kris Wood in the Department of Pharmacology and Cancer Biology at Duke University. 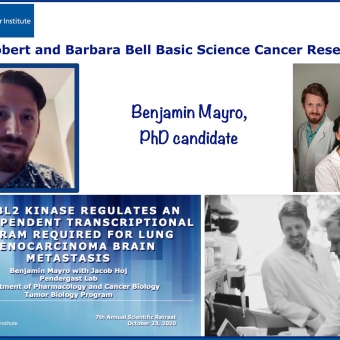 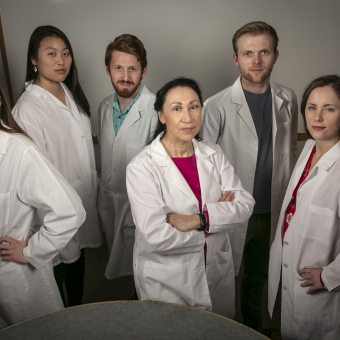