When Joseph O. Moore, MD,came to Duke as a fellow in 1975,he and his mentors treated chronic myeloid leukemia (CML) with a chemotherapy regimen that was like a "wet blanket." It suppressed the cancer for a few years. "But it didn't change the trajectory of the disease," Moore said. Patients developed acute leukemia, which was almost always fatal.

By the early 1990s, younger patients could achieve a cure with a bone marrow transplant, though complications were common. By 1999, Moore was the Duke investigator for a national study of a targeted drug, imatinib, which stops leukemia cells from growing by shutting down a key protein. When imatinib was approved by the Food and Drug Administration (FDA) in 2001, it transformed CML into a disease easily treated by taking a pill.

When Moore retired from clinical practice in 2019, he was involved in a study following people with CML who had been taking imatinib long term, which showed they could safely stop therapy.

The CML example provides a snapshot of just how far cancer treatment has come in the last 50 years. For many patients, "There's an expectation of success and people living normal lives," said Moore, professor emeritus of medicine.

Much of that progress can be traced to research funded by the "war on cancer," which launched in 1971 when congress passed the National Cancer Act. The act gave the National Cancer Institute (NCI) the authority and funds to create a national cancer program. The backbone is a network of comprehensive cancer centers that provide patient care and conduct rigorous research to find new and better ways to prevent, diagnose, and treat cancer.

Duke was one of the original eight such centers, designated in 1973 because of the strong research and clinical care programs it had already put into place, including one of the first brain tumor programs in the United States, said Steven Patierno, PhD, deputy director of today's Duke Cancer Institute (DCI), and professor of medicine.

In fact, one of the advocates for the 1971 National Cancer Act was William Shingleton, MD, the first director of the Duke Comprehensive Cancer Center, as DCI was known in 1973. The chance to work with Shingleton and other research pioneers was one of the reasons that Moore came to Duke for fellowship and stayed on as faculty, he said.

As Duke celebrates its 50th anniversary of transforming cancer discovery and care, researchers and providers envision a future when all cancers are easily treatable; physicians can detect and stop cancer earlier and earlier; and everyone has the same opportunity to survive cancer.

This story was originally published in the Duke University School of Medicine magazine Magnify. Read the full story. 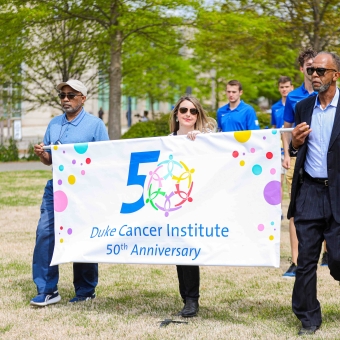 At DCI 50th, the Sounds of Hope 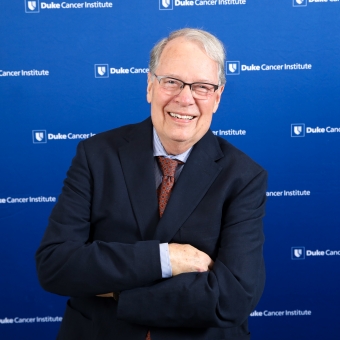 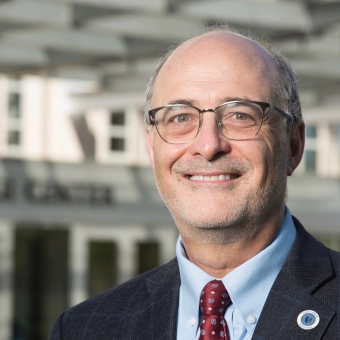