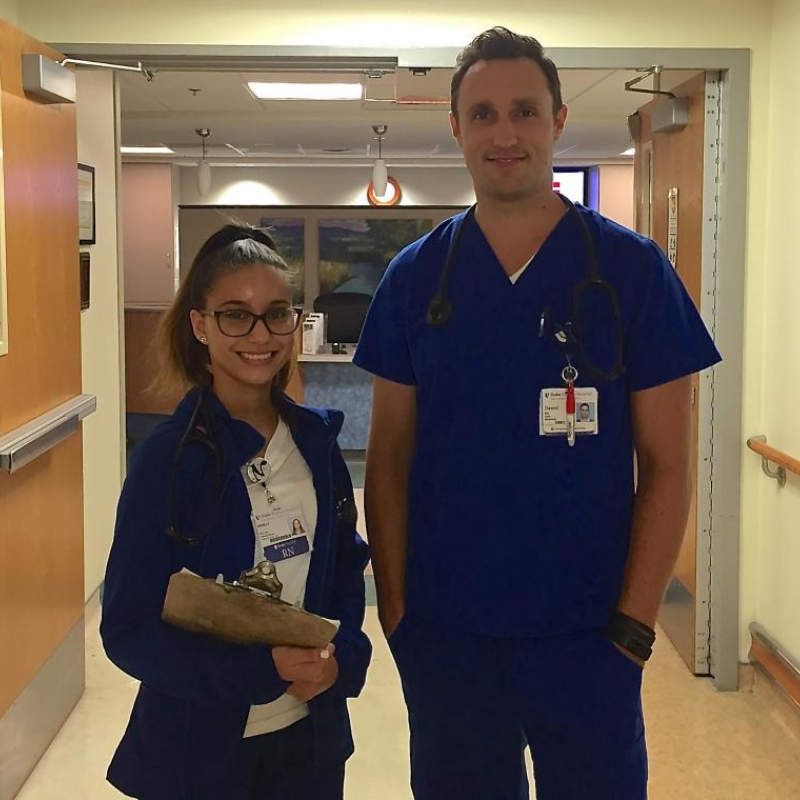 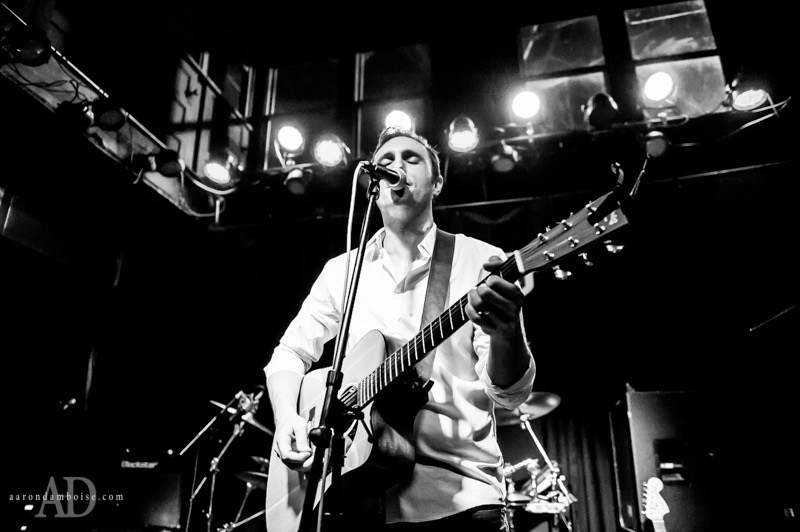 Daniel Nickels, an ICU nurse at Duke Raleigh Hospital, performs one of his original songs at a local venue.

Music has always played an important role in Daniel Nickels’ life. Growing up in Ashland, Oregon, he was surrounded by musicians. His mother taught him to play piano when he was young. By sixteen his dad had Nickels shredding a guitar. He would go on to master other instruments, including the ukulele, harmonica and drums. However, for this singer-songwriter music is much more than an entertaining pastime. It is, for him, the rhythm of life. The ebbs and flows. The twists and turns. And the ups and downs. Daniel Nickels makes humanity’s story sing.

“My passion is people and music,” said Nickels, 32, an ICU nurse at Duke Raleigh Hospital. “I’m a people person. I like to meet others and hear their stories. Lyrics should do more than scratch the surface—they must tell a story. Like people, a song should have range and depth—evoke emotion—a reaction of some sort. In essence my music is storytelling.” 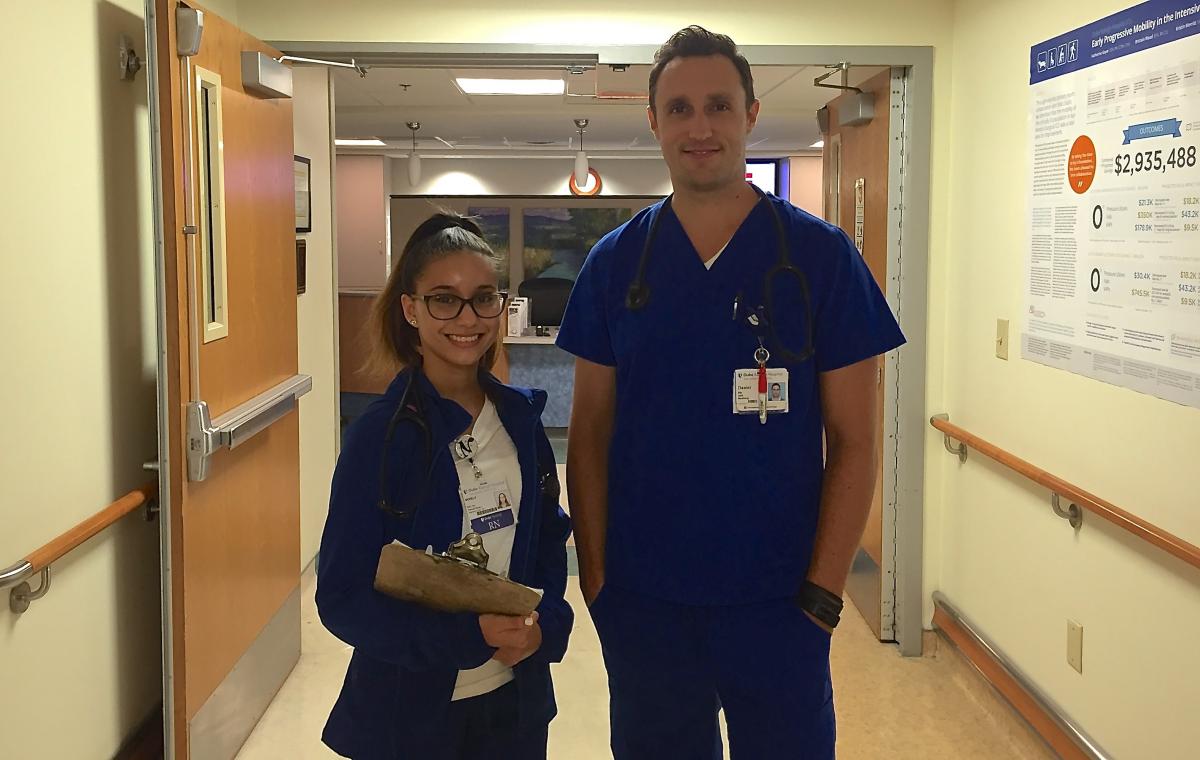 Daniel Nickels, RN, and colleague Nohely Reyes, RN, provide care on the Intensive Care Unit (ICU) at Duke Raleigh Hospital.In the early 2000s Nickels, who lived in California at the time, performed his music at night and worked to pay the bills during the day as an emergency medical technician (EMT). In 2005, stunned and moved by the devastating upheaval of Hurricane Katrina, he volunteered to help provide medical aid to victims along the Gulf coast. The experience compelled him to take his medical skills to the next level.

“I was hindered in the Gulf by my limited abilities,” shared Nickels. “I wanted to do more. The only way I’d be able to do that was to go back to school. Nursing was the natural next step.”

Nickel’s received his nursing degree in 2010. He went on to accept a nursing position at a hospital in Savannah, Georgia. All the while Nickels continued to write music and perform. The singer-songwriter also began the process of recording his first album, a solo effort.

In January Nickels and his wife, Danielle, now an oncology nurse at Duke, relocated to Raleigh, North Carolina, reuniting with members of a band, Leeward Fate, he formed while in nursing school. Nickels continued to work on his album. About halfway through, however, he received word that his aunt had lost her long battle with breast cancer. 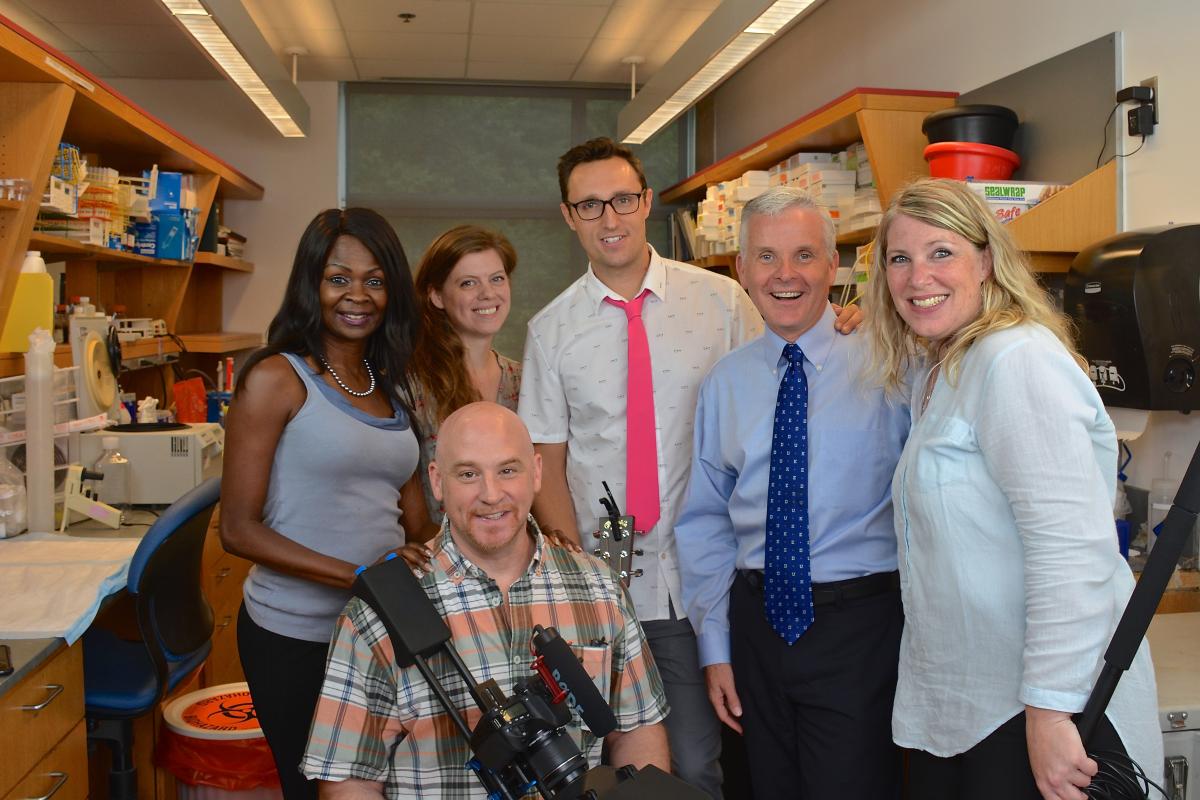 “The news shook me,” he said. “As I navigated her loss, I began to realize this had to be a project with a mission. I want my music to work for something—something bigger. So I decided my first record would support the cause, becoming an album for a cure.”

Nickels’ debut solo album, The Answer, will be released on Oct. 30. In honor of his aunt and her courageous fight with breast cancer, Nickels is donating the pre-sales and sales (up to Nov. 15) of his album to breast cancer research at Duke, specifically the research lab of Donald McDonnell, PhD, professor of pharmacology and cancer biology. For a minimum donation of $10, donors will receive The Answer upon its release. He is calling his fundraising campaign Album For A Cure.

Nickels, who also plans to step out with his walk team, Album For A Cure, on Saturday, Oct. 15, for the 10th Annual Making Strides Against Breast Cancer Walk, will perform a collection of original songs at event, including a never-before-heard composition dedicated to his beloved aunt.

“I’d like people to know that I genuinely care about others,” said Nickels, who in the future hopes to use his nursing skills as a volunteer in third world countries. “I hope my music not only touches people but also inspires them to do more by living bigger and going further.”

To learn more about Daniel Nickels and to watch his music videos, visit DanielNickelsmusic.com. To pre-purchase “The Answer” and thereby donate to cancer research at Duke, visit Duke at AlbumForACure.org.