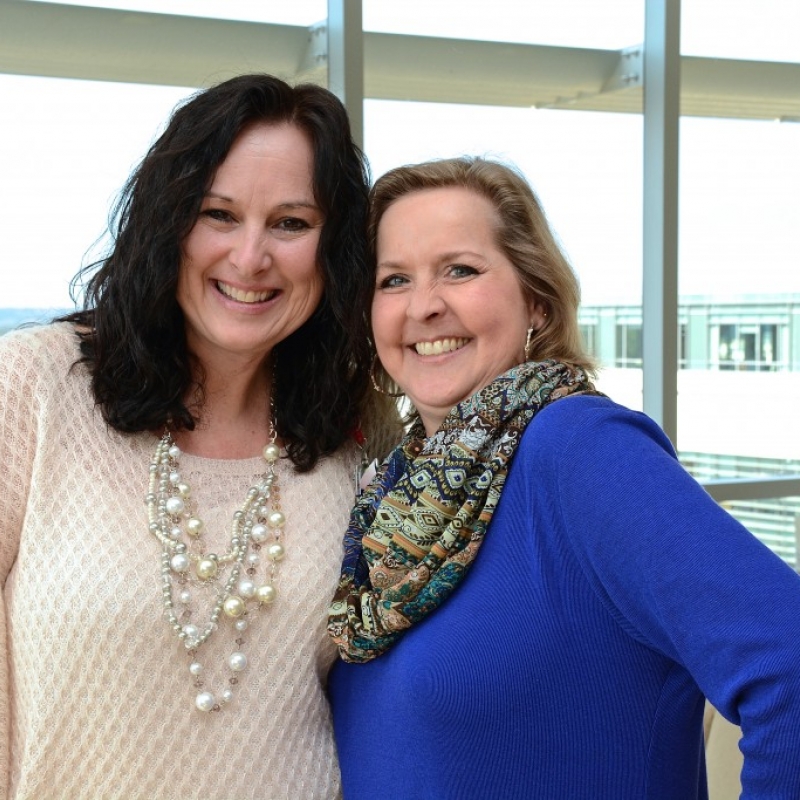 The Triangle's ABC affiliate aired a story March 12 featuring Ivy Altomare, MD, and DCI IT analyst Erin Wood. Wood was diagnosed with stage 4 colorectal cancer in 2006. Learn more about her courageous battle and her valiant efforts to raise awareness and support research by going to WTVD ABC 11. Together, we can CRUSH colorectal cancer! CRUSH 5k takes place tomorrow, March 14, at 9 a.m. at the American Tobacco Trail.

Circle photo: Kim Malugen and IT analyst Erin Wood, recently featured on ABC 11, are ready to step out for this year's CRUSH 5K.