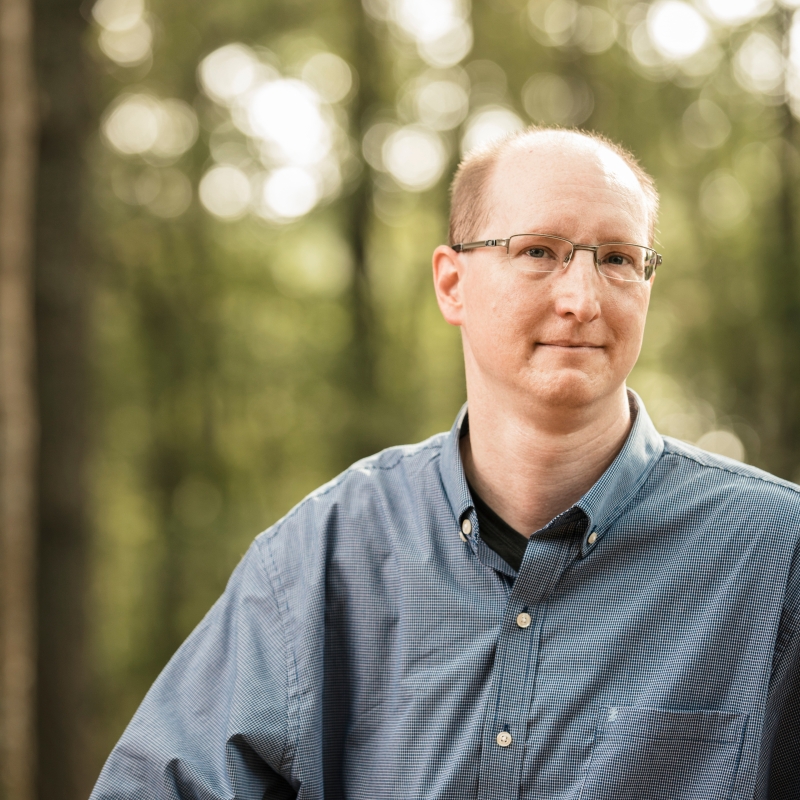 Stephen Totty thought he had simply pulled a pectoral muscle while moving furniture. But the soreness lingered. Then a painful “water balloon” full of blood developed on the right side of his chest. An orthopedist drained it several times, and then an MRI revealed cancer.

Totty, a software engineer who lives in Rolesville, North Carolina, came to Duke, where Brian Brigman, MD, performed surgery. He removed a large part of Totty‘s pectoral muscle and a muscle in his back, along with 99 percent of the cancer. But scans showed it had already spread to Totty‘s liver and lung.

The cancer turned out to be melanoma, not sarcoma as doctors had originally thought. Totty‘s wife, Heather, had lost her father to ocular melanoma just six months earlier. So the couple and their two sons were scared.

But Brent Hanks, MD, PhD, gave them hope. “He didn‘t sugarcoat it,” Heather recalls. “He said, ‘This can be beat. I can‘t promise you it will be, but it can be.‘ He told us that with Stephen‘s health and his age, it was statistically in his favor that he could beat it.“

“Dr. Hanks educated us so we knew what to expect every step along the way,” Stephen says. “With education, the fear goes away.”

Stephen began infusions of two different immunotherapies— nivolumab (Opdivo) and ipilimumab (Yervoy). But he was hit with some severe gastrointestinal side effects, and his thyroid gland quit working. He stopped taking ipilimumab after just one dose.

Hanks, assistant professor of medicine, is trying to understand why some patients on immunotherapy develop such side effects, which are caused by an immune system that‘s suddenly more active than normal. Some patients develop autoimmune responses that inflame the gastrointestinal tract, lungs, liver, or lead to the destruction of endocrine glands, including the thyroid and pituitary.

As part of the new Duke Cancer Institute Center for Cancer Immunotherapy, Hanks will be banking blood and tissue samples from Duke patients treated with immunotherapy for a wide variety of cancer types, along with data on what sort of reactions, if any, the patients experienced. Also working on the repository are Andrew Nixon, PhD, professor of medicine, and Jennifer Choe, MD, PhD, assistant professor of medicine.

The data from this project will help predict which patients are at risk for side effects so they can be proactively managed or even prevented. “These therapies are fairly new, and in terms of side effects we‘re early in the process,” Hanks says. “There‘s a lot we don‘t understand about toxicities and how we can separate those toxicities from the efficacy. Moving forward, we‘re going to be more in tune in managing those side effects.”

Costs to get the biobank up and running for a couple of years will range from $300,000 to $1 million, Nixon says.

Though he had to stop the one immunotherapy, Stephen continued to take nivolumab, and after six months, the tumors in his liver and lungs were almost gone. The fast response was unusual; Hanks had told him not to expect results for two years.

As of his 43rd birthday in September 2019, PET scans of Stephen‘s liver and lungs show no evidence of disease. He continues to take nivolumab every two weeks. After a year and a half of physical therapy, he can play baseball with his sons again.

Unfortunately, the thyroid damage from one dose of the other therapy was permanent. He will have to take thyroid medication every day for the rest of his life. “The good news is they have pills for that,“ Stephen says. “In the grand scheme of things, it‘s not that big of a deal. I could be dead from cancer.“