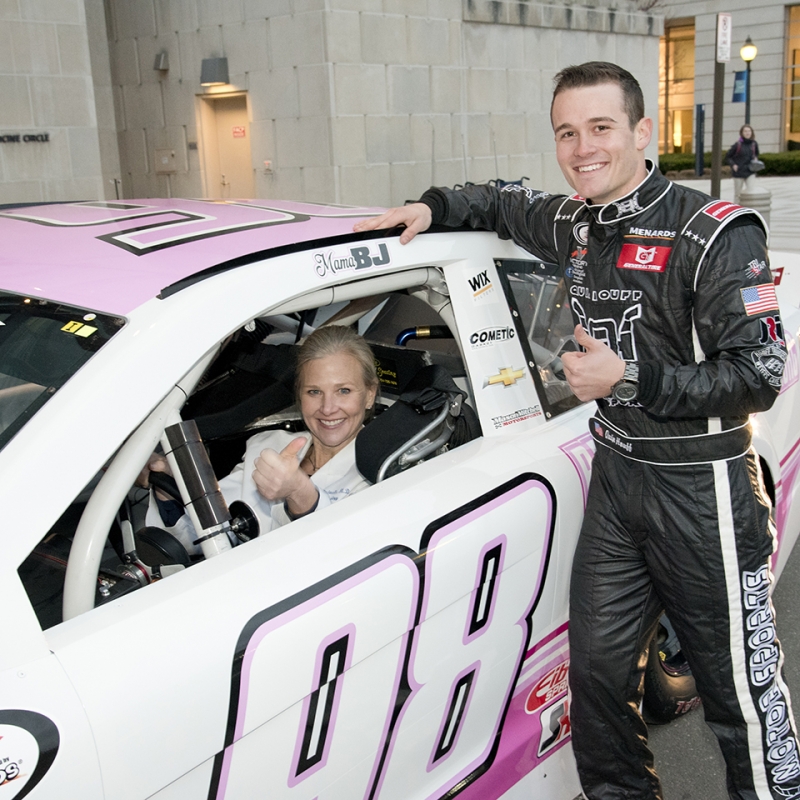 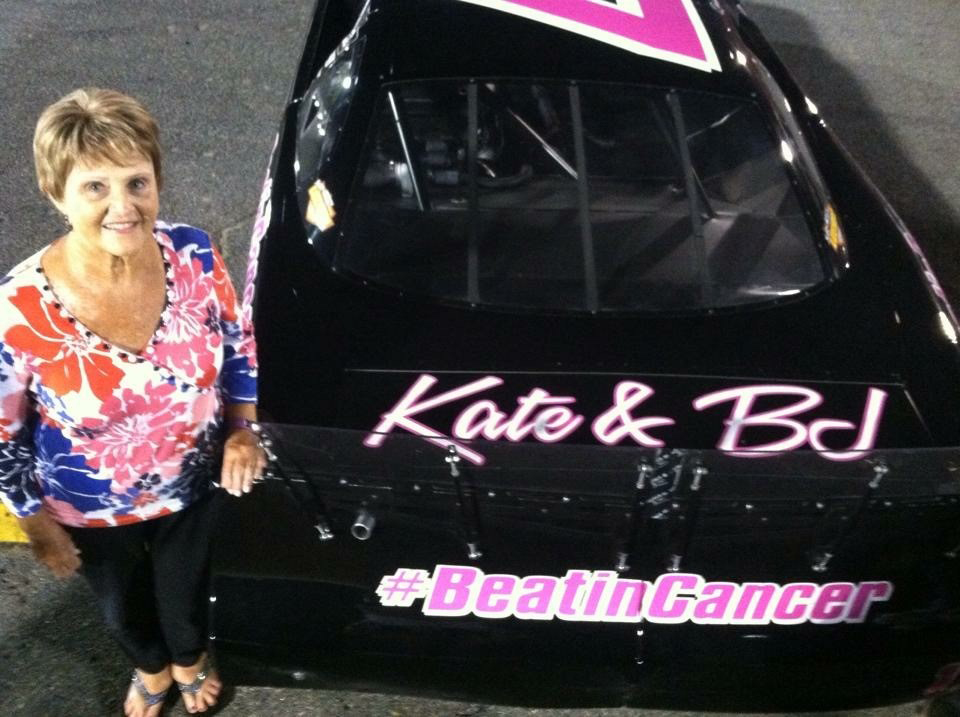 Quin Houff is gearing up to race in his first ARCA Racings Series event. However, he unites his passion for racing with his commitment to move breast cancer research forward. His fundraising efforts are memory of his grandmother, BJ (pictured), and in honor of his mother, Kate, and grandmother, Maggie, all of whom battled breast cancer.Quin Houff is gearing up to live out a lifelong dream when he competes later this month in the ARCA Racing Series event at Daytona International Speedway. His drive to win is two-fold. A first-place finish would be a dream come true, but it’s his commitment to help fund a cure that keeps his eye on the prize.

The 19-year-old has known cancer since before he could walk. Quin’s mother is a two-time breast cancer survivor, most recently beating cancer a year ago. His mother’s mom, Maggie Powers, was diagnosed with breast cancer when Quin was a baby. She is cancer-free and continues to be one of Quin’s biggest fans. Just before the holidays, however, on Dec. 18, 2016, Quin’s paternal grandmother, BJ Rohr, succumbed to breast cancer after a lengthy but valiant fight.

“We were pretty devastated by the news,” said Quin, who began racing go-karts when he was just 8 years old. “My family means everything to me. My grandmother’s loss is a devastating blow.”

When Kate’s cancer returned for a second time in 2015, Quin and his father, Zane, were not content to sit on the sidelines. Zane and Quin teamed up with Duke Cancer Institute and world-renowned breast cancer oncologist and researcher, Kimberly Blackwell, MD. They formed #BeatinCancer, a fundraising campaign to which Quin would go on to donate half of all his winnings for more than a year and a half. The father-son duo also launched a website, BeatinCancerWithDuke.org. There, they invited fans and supporters to donate to the cause.

“The #BeatinCancer fundraising campaign exceeded our expectations,” said Zane, who is still grieving the loss of his mother but all the more determined to make a difference in the fight against breast cancer. “We ended up raising more than $10,000 to support breast cancer research at Duke, and we’re revving things up to give it another go.”

While the men in her life were busy uniting their passion for racing with their commitment to support the cause, Kate began breast cancer treatment at Duke under the care of Blackwell and a multi-disciplinary team of breast cancer specialists. 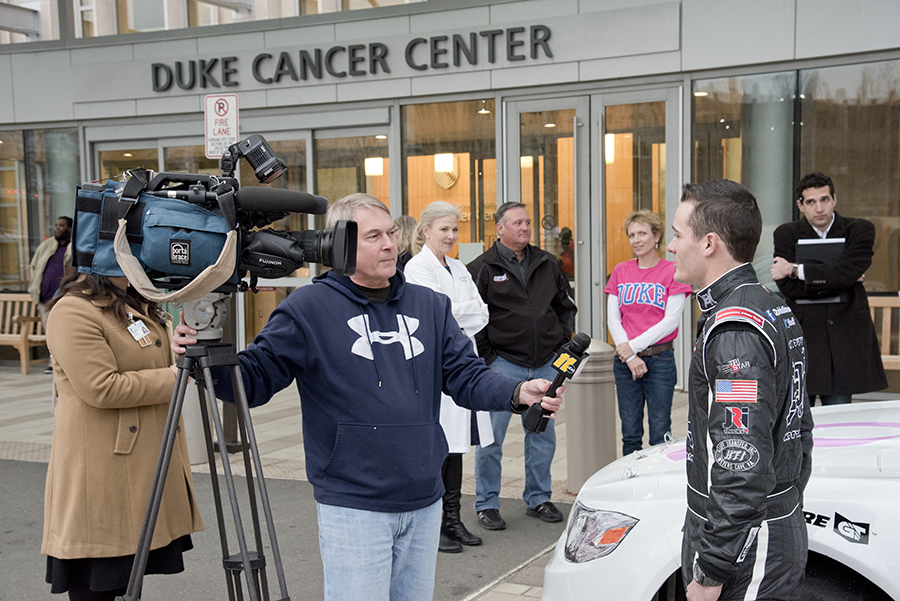 At a recent visit to Duke Cancer Center on Feb. 3, ARAC race car driver Quin Houff is interviewed by reporters with ABC 11 while Kimberly Blackwell, MD and Zane and Kate Houff look on.

“They came out swinging,” Quin said. “The care plan they put together saved my mom. Now, instead of battling cancer, she’s living the way she is meant to live — in remission.”

This year, as part of his ARCA Racing Series debut at Daytona, the BeatinCancerWithDuke.org website will feature a photo of Quin’s No. 98 Chevrolet race car — his beloved grandmother’s name, “Mama BJ,” emblazoned on the roof instead of his own.

“The ARCA race already means so much to me and my family, but to now be able to honor Mama BJ’s memory makes it that much more meaningful,” said Quin, whose car also features the pink breast cancer awareness ribbon along with the Duke Cancer Institute logo. “Accomplishing this milestone in my racing career would not have been possible without the love and support from amazing people like Mama BJ. I know she will be with me every lap of the way.”

Quin will donate half of any ARCA winnings to Duke Cancer Institute. He is also again accepting donations at the BeatinCancerWithDuke.org site.

“I’m almost more excited to see how much this single event raises for Duke than to run the race itself,” said Quin, his face wreathed in a broad smile. “It’s never too early for fans to get involved and demonstrate support. I hope my family’s story can help engage others. Life is unpredictable. The next story, like ours, could be theirs.”

To learn more about Quin Houff, visit quinhouff.com. To support Quin in his quest to help beat cancer, visit BeatinCancerWithDuke.org.