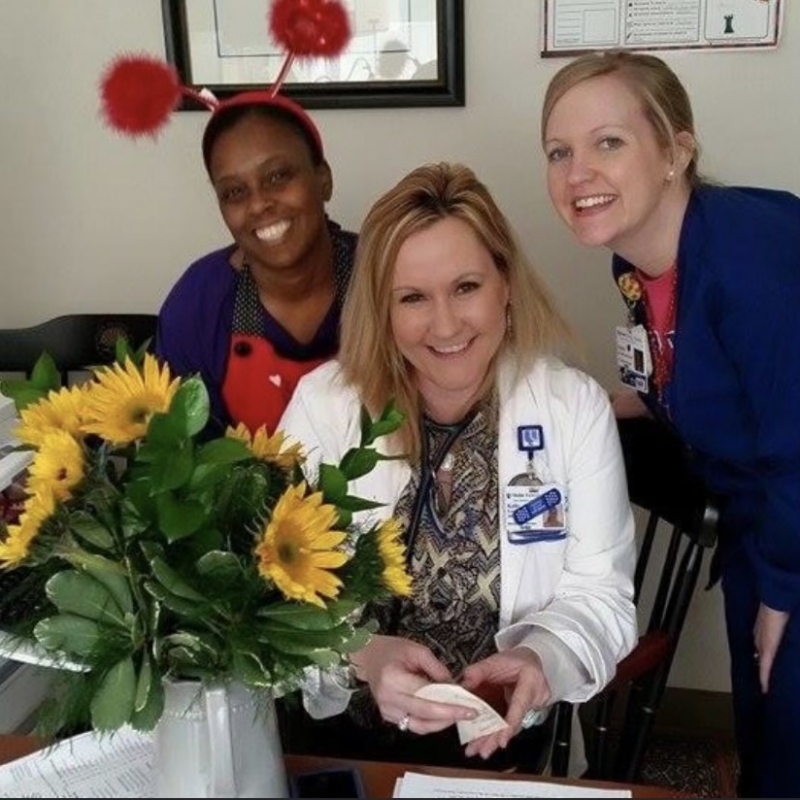 With gratitude for Dr. Lisenbee's many years of service, leadership, and dedication to cancer care and research

Kelly Rice (Young) Lisenbee, DNP, ANP-C, AOCN, an oncology nurse practitioner, researcher, and adjunct faculty at the Duke University School of Nursing, passed away on February 20 this year. She was 52.
Dr. Lisenbee, whose nursing career at Duke University Hospital and Duke Raleigh Hospital spanned more than two decades — both inpatient and outpatient — most recently practiced at Duke’s Urologic Surgery Clinic. Before that, she was in Hematology Oncology/BMT. Previous to joining Duke in 1999, she served for three years as a clinical nurse specialist with the Hospital of the University of Pennsylvania.
She was beloved by colleagues, mentees, friends and patients alike.
"Kelly touched so many people here at Duke — from her former patients to nursing students to her colleagues," said Kara Threatt RN, MSN, ANP, AOCNP, assistant director of Clinical Operations – Section of Surgical Disciplines, Duke University Hospital. "She provided wonderful compassionate care to all those she was involved with. Kelly taught so many NP students and really served as a mentor and example of what an oncology provider should mirror. There are many heavy hearts in the Duke Oncology world.”

Dr. Lisenbee was a co-author of multiple publications throughout her career, including in lung cancer, breast cancer, and cancer survivorship. The courses she taught included "Advanced Physical Assessment" (beginning in 2007) and "Acute and Chronic Illness I & II" (beginning in 2008).
Dr. Lisenbee went back to school in her 40s to earn her Doctor of Nursing Practice from the Duke School of Nursing (2012) decades after having earned her Bachelor of Science in Nursing and Master of Science in Nursing degrees in 1991 and 1994 from the University of North Carolina at Chapel Hill.
"She was a fabulous Nurse Practitioner and committed to life-long learning," said Duke Raleigh Hospital clinical nurse specialist Susan Bruce, MSN, RN, OCN, AOCNS.

A strong advocate for onco-primary care and survivorship programs, Dr. Lisenbee was accepted, in 2017-2018, into the Duke-Johnson and Johnson Nurse Leadership Program. The program, which is run by the Duke University School of Medicine Division of Family Medicine & Community Health, prepares APNs and their inter-professional teams to transform their practices and create improved health within their communities. Dr. Lisenbee's focus area for the fellowship was Oncology Care in underserved areas.
In late 2018, she was elected to a one-year term on the board of directors (2019-2020) of the Advanced Practitioner Society for Hematology and Oncology (APSHO ).
Dr. Lisenbee held many other leadership roles throughout her career, including serving on the Amgen Nurses advisory board, the Genetech nurses advisory board, the Boehringer Ingleheim speakers board and the ARIAD advisory and speakers boards.
She was a member of several professional societies in addition to APSHO, including the American Society for Clinical Oncology (ASCO), the American Association of Nurse Practitioners (AANP), and the Sigma Theta Tau Honor Society.
Dr. Lisenbee received many awards including the TONS award for Clinical Excellence (1995), The O’Keefe award for Oncology Clinical Excellence from Duke Friends of Nursing (2001), the Great 100 Nurses of North Carolina award (2004), and the 2004 UNC Chapel Hill School of Nursing Alumna of the Year award.
Shortly after she passed away, and already missing her deeply, Threatt, Bruce and the director of Advanced Practice at Duke Cancer 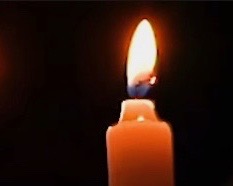 Institute, Therese Hennig, MPAS, PA-C, got the word out that they were collecting donations at DUH and Duke Raleigh to send to the Oncology Nursing Foundation in memory of Dr. Lisenbee — for educational and travel scholarships (for conferences) and nursing research grants. A way to help other nurses in their pursuit of learning.
"Kelly was too special not to do something in her honor. She would have appreciated that," said Bruce. 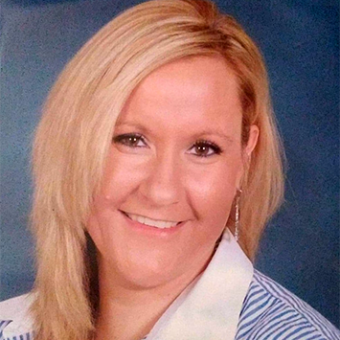 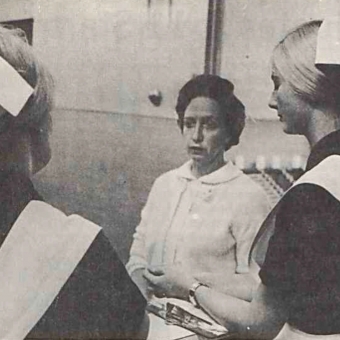 National Nurses Week is May 6 through May 12


National Nurses Month is
the month of May

Oncology Nursing Month is
the month of May