Researchers Solve Mystery Of How ALL Enters the Central Nervous System 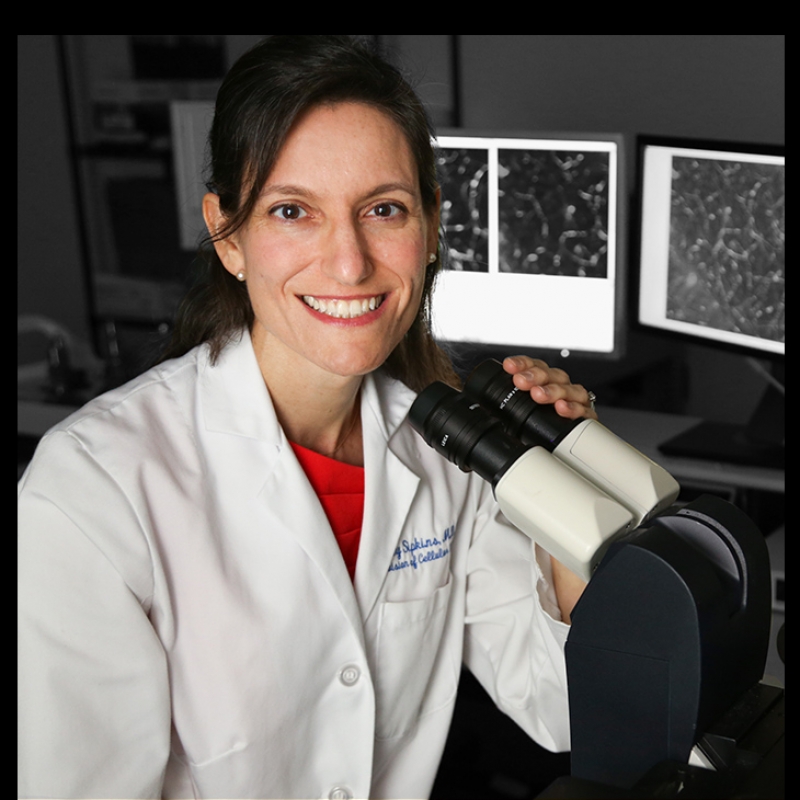 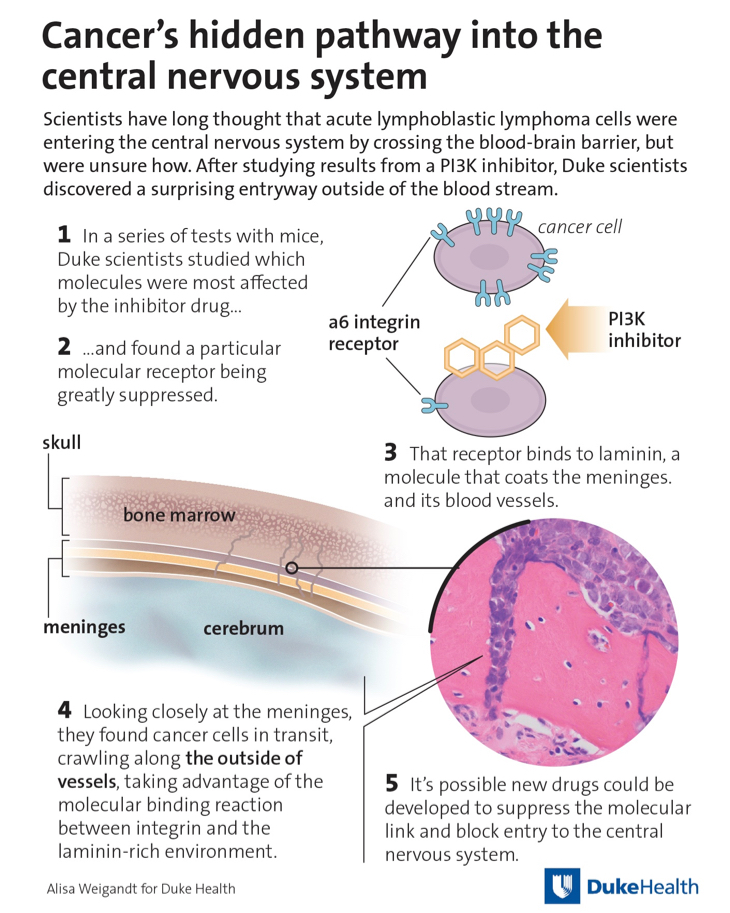 A deadly feature of acute lymphoblastic leukemia (ALL) is its invasion of the central nervous system.

Now, a research team led by Duke Cancer Institute scientists found that this blood cancer infiltrates the central nervous system not by breaching the blood-brain barrier, but by evading the barrier altogether.

Publishing in the journal Nature, the researchers describe how the cancer cells are uniquely equipped with receptors that can grasp scaffolding proteins on the outside of blood vessels like fire poles, riding them down from the bone marrow through membranes into the space filled with cerebral-spinal fluid.

“It’s a very unexpected way for cells to travel into the central nervous system,” said Dorothy Sipkins, MD, PhD, associate professor in Duke’s division of Hematologic Malignancies and Cellular Therapy. Sipkins is the senior author of the study, which is published online July 18.

“Understanding how ALL gets into the central nervous system arms us with new ways to target this pathway and hopefully shut it down,” she said.

Sipkins said the finding culminates more than a decade of research in which much of that time was spent down a blind alley, looking for the key to how ALL crossed the vaunted blood-brain barrier that protects the brain from hazards in the bloodstream.

After perfecting a way to view the brains of mice in real time, she still could not see how ALL cells crossed into the central nervous system. More experiments followed, but the mystery remained unsolved, even as the assumption of a blood-brain breach continued to guide both care and research for advanced ALL.

“It was very confusing,” Sipkins said. “It should be traceable, so why was it so hard to track the cells penetrating the blood-brain barrier?”

Then a key finding emerged from experiments on a drug that Sipkins’s lab was testing. Mice receiving the drug were not becoming paralyzed from advanced ALL disease, which is what usually happens to the animals when cancer cells infiltrate the central nervous system. Instead, the cancer remained in the animals’ bone marrow.

Upon further analysis, Sipkins found that the drug itself did not cross the blood-brain barrier, so it wasn’t activating a therapeutic response in the cerebral spinal fluid. That meant that the drug was somehow preventing the cancer cells from migrating into the central nervous system.

“When we dissected the spines and the vertebrae that surround the spinal cord, we noticed this strange thing: you could see all the leukemia cells in the vertebral bone marrow and it looked like they were streaming through a channel at the bone surface straight into the spinal cord,” Sipkins said.

But the cancer cells were not simply chewing through the bone. Instead, the researchers found, the ALL cells carry an abundance of receptors for a protein called laminin, which surrounds blood vessels and nerves to help facilitate cell migration. Tiny blood vessels pass directly through the vertebrae to the meninges tissue that lines the spinal cord and brain. The ALL cells were grabbing onto the laminin surrounding these blood vessels and zipping down into the meninges region where cerebral spinal fluid circulates.

“It just all made sense in what we see in patients, the anatomy, the molecular mechanisms,” Sipkins said. “It was very exciting to piece together.”

Sipkins said the investigational drug that sparked the finding could have therapeutic benefit, but needs further study. She said other molecules that work in a similar way to inhibit cell mobility could also have potential benefit.

The study received support from the Duke Cancer Institute and Gilead Sciences, Inc., which provided the drug Sipkins studied that led to the finding.