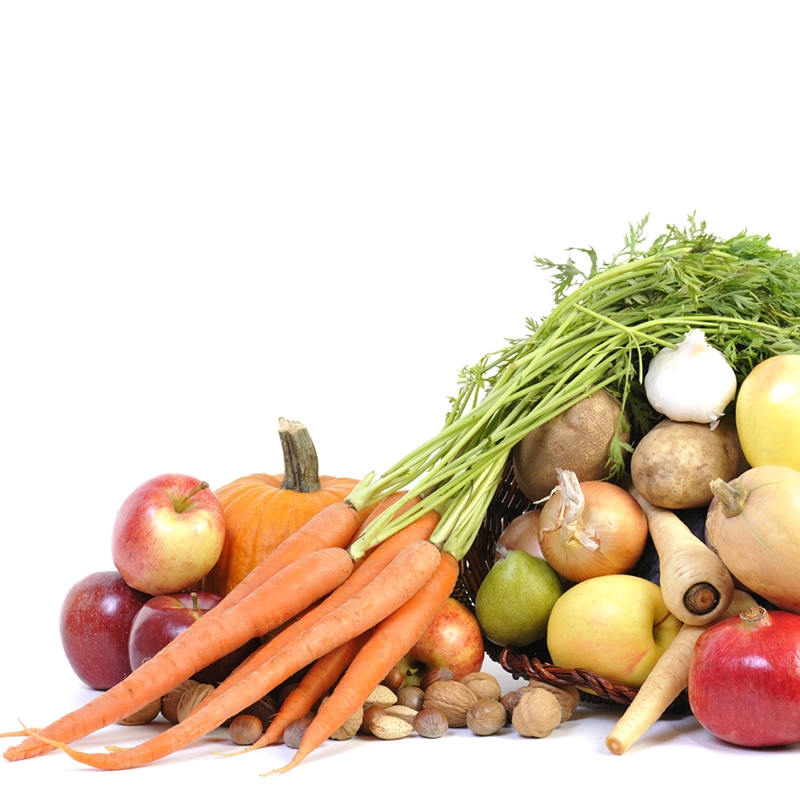 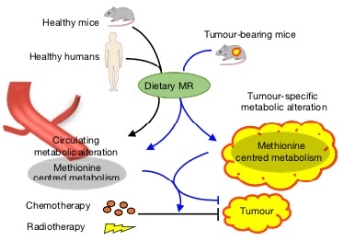 The hope that food might somehow serve as a weapon in the cancer fight has long been a tantalizing notion among scientists and patients alike, but evidence supporting its benefits remains flimsy.

A team of Duke Health researchers is looking to change that. Using the science of metabolism in laboratory, animal and human experiments, the researchers are exploring how nutrients and chemicals in food navigate the same molecular pathways used by certain cancer therapies to slow tumor growth.

They found that one such shared pathway, used by common chemotherapy drugs and radiation to treat colon cancer and sarcoma, can also be manipulated with a dietary restriction to similarly slow tumor growth. The findings are presented in a research letter publishing Wednesday in the journal Nature.

“We know that diet has a huge impact on other diseases, including diabetes and hypertension, and in some cases can be even more effective in containing the disease than drugs,” said senior author Jason Locasale, PhD, associate professor in Duke’s Department of Pharmacology and Cancer Biology.

“We don’t have an analogous situation in cancer, but it’s looking like it might be moving in that direction,” he said. “Cancer is in many ways more difficult, because it’s different diseases with multiple forms, and often defined at a molecular level, so we’re just beginning to understand how diet and nutrition are influencing that.”

Locasale and colleagues focused on an essential amino acid known as methionine, which the body needs for proper cell function and must be acquired from diet, primarily from the consumption of meat and eggs.

Methionine’s function is increasingly being analyzed for its role in human health, with studies showing that the reduction of the amino acid has anti-aging and anti-obesity effects. It’s function in cancer has been unclear, but it absorbs into the body’s cellular mechanisms using the same pathways that several chemotherapy drugs and radiation use to slow tumor growth.

In their study, the Duke-led team first used colon cancer tumors from patients that were grafted into mice, along with mouse models of sarcoma tissues. The mice were then fed a methionine-restricted diet, resulting in a reduction of tumor growth. An analysis of the metabolic process confirmed that the amino acid acted through the same cellular process employed by drugs and radiation.

“This study suggests that dietary restriction of methionine induces rapid and specific metabolic profiles in mice and humans that can be induced in a clinical setting,” Locasale said. “By disrupting metabolic pathway with the dietary restriction of methionine, it might be possible to enhance the effects of chemotherapies and that target these aspects of cancer metabolism.”

Locasale said the study findings are early and he cautioned that the evidence should not be misinterpreted to cause cancer patients to restrict methionine. In some cancers, he said, restricting the amino acid could cause tumor growth, given the unique ways malignancies arise and spread in different organs.

“This study may help to further establish principles of how dietary interventions may be used to influence cancer outcomes in broader contexts,” Locasale said.