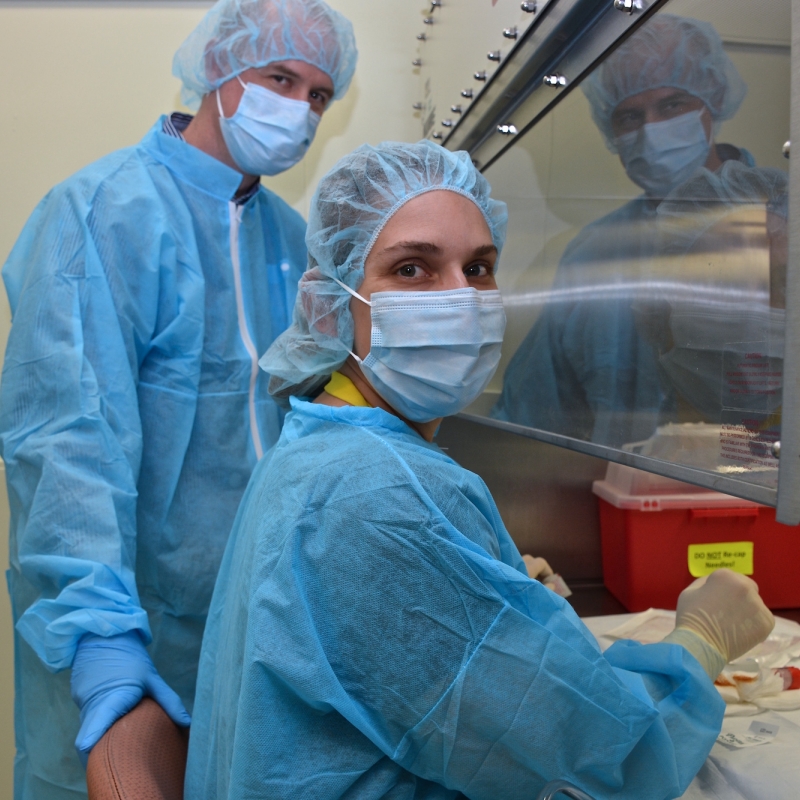 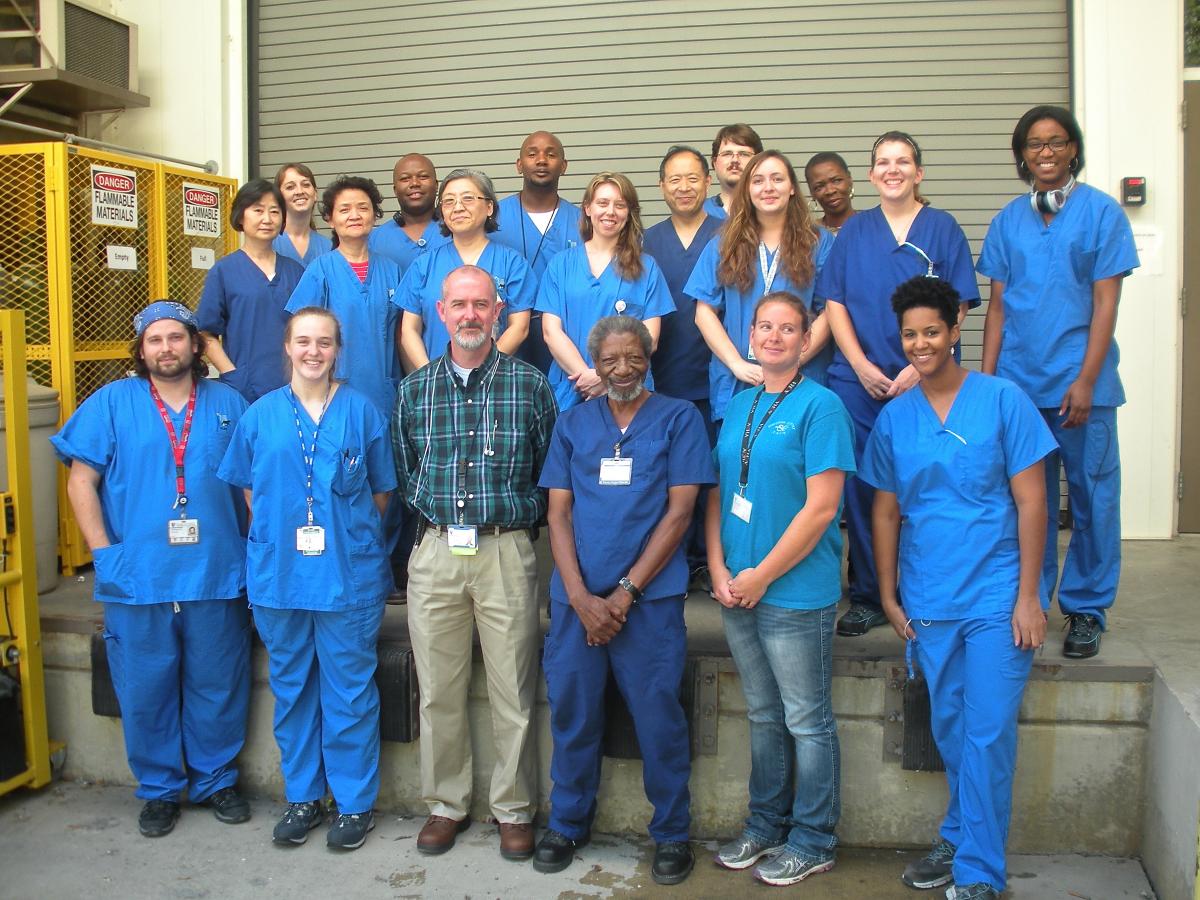 In 1972 Darell Bigner, MD, PhD, now the scientific coordinator of the CCIF, was a young researcher who had just written an early grant for the isolation facility. At that time the Department of Defense was shutting down one of its last facilities involved in manufacturing biological agents, in a facility in Pine Bluff, Arkansas.

“At the time, we were anticipating that there would be a lot of human cancers caused by viruses, and we didn’t know how dangerous they would be,” Bigner said. “We also knew that we’d need specialized animal housing and the ability to study those animals in an environment that protected our employees.”

“I went to the facility in Arkansas, which was full of equipment for conducting this kind of research in a safe manner,” Bigner said. “They said I could have anything I wanted as long as I paid the transportation costs. I was able to obtain millions of dollars worth of equipment and have it shipped back to Durham for about a hundred thousand dollars.”

While the equipment and the specific research being conducted at the CCIF has changed over the past 40 years, the facility’s core mission--to offer Duke researchers a location to conduct hazardous animal research in a safe, non-contaminating environment--remains the same.

Today, the facility is a 30,000 square-foot, standalone building dedicated to cancer research. It supports work with hazardous materials at biosafety level 2 or 3, recombinant DNA, chemotherapeutics, as well as the maintenance of immunosuppressed and specific pathogen-free rodents.

The facility has a staff of 17 technicians specialized in daily operations, veterinary services, environmental safety and other areas who keep the facility up and running 24 hours a day, seven days a week. It also contains athymic mouse and Nod SCID gamma breeding colonies, which it offers at a substantially subsidized price for cancer-related research at Duke.

Suzanne Wardell, PhD, is one of the researchers who takes regular advantage of the CCIF’s resources. Her work investigating new therapies for breast and prostate cancer that have become resistant to current standards of care requires extensive use of both the CCIF’s breeding colonies and the facilities that keep these frail, immunodeficient mice isolated and healthy.

“We need this facility to make our work possible,” Wardell said. “We’re able to get mice that would normally cost about $130 each from a private lab for about $20 an animal at the CCIF.”

“And the people there are wonderful to work with. We just have to tell them what we need and they get right on it every time,” Wardell said.

Read more about the CCIF or how to access its services.

Circle photo: Keith St. Pierre, CCIF operations manager, assists Suzanne Wardell, PhD, as she prepares her breast cancer research patient for surgery. Wardell has her own lab room at the Cancer Center Isolation Facility, located off Research Drive. The center is home to to 28 users, all of whom occupy their own dedicated space. "The people here are great," says Wardell. "Because I have my own room here, I never have to worry about a conflict in scheduling."