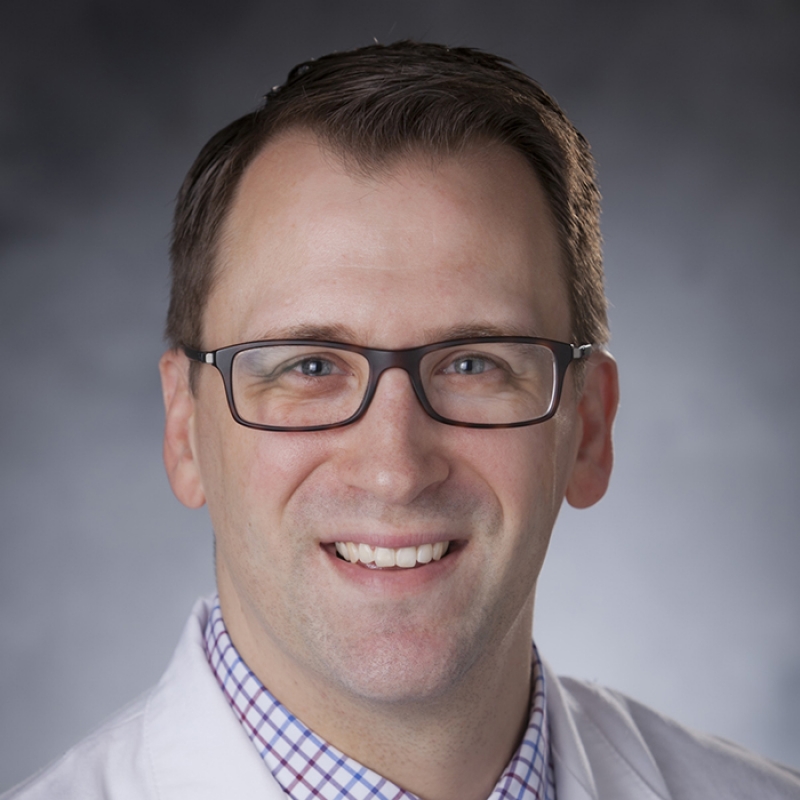 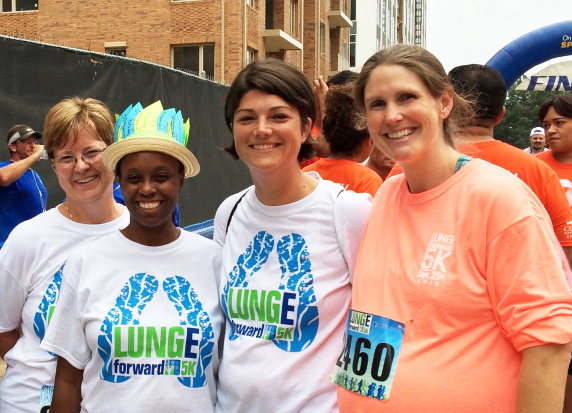 Nine months pregnant with her third child, Kristen Walden (right), an infusion nurse at Duke Cancer Center Raleigh, poses with members of her Duke Cancer Center Raleigh team, the Duke Raleigh Lung Rangers. The Lung Cancer Inititative of North Carolina will host its 13th annual LUNGe Forward 5K on Sunday, Sept. 29, at 12:30 p.m. at Midtown Park at North Hills in Raleigh, North Carolina. Team Duke Cancer Institute will be led for a second year by Jeffrey Clarke, MD, a medical oncologist specializing in cancers of the chest, including lung cancer and mesothelioma.

The Lung Cancer Initiative of North Carolina is the state’s leading non-profit organization supporting lung cancer research and education. In 2015, through a collaboration between the Lung Cancer Initiative and The V Foundation, Clarke received a $200,000 grant for his research to to study: "Identification of Genetic Determinants for Disparities in African American Patients with Non-Small Cell Lung Cancer."

The Lung Cancer Initiative of North Carolina also specializes in connecting patients, survivors and family members with the medical and research community.

According to the Lung Cancer Initiative, about 8,559 North Carolinians are diagnosed with lung cancer, and more than 6,186 are expected to succumb to the effects of their disease this year. Since 2008 the Lung Cancer Initiative has funded more than $1.1 million in lung cancer research in North Carolina. Partnering with The V Foundation for Cancer Research, the two non-profits have together awarded a $200,000 grant last year to Duke's Qingyi Wei, MD, PhD, whose research focuses on disparities among African-Americans.