May 12, 2018
By: Angela Spivey, Duke University School of Medicine 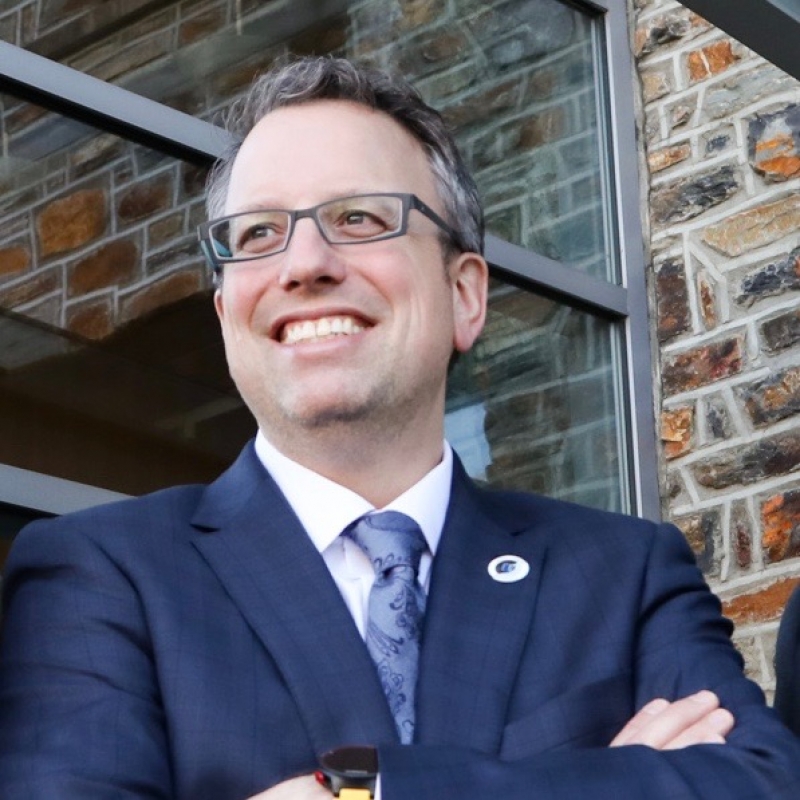 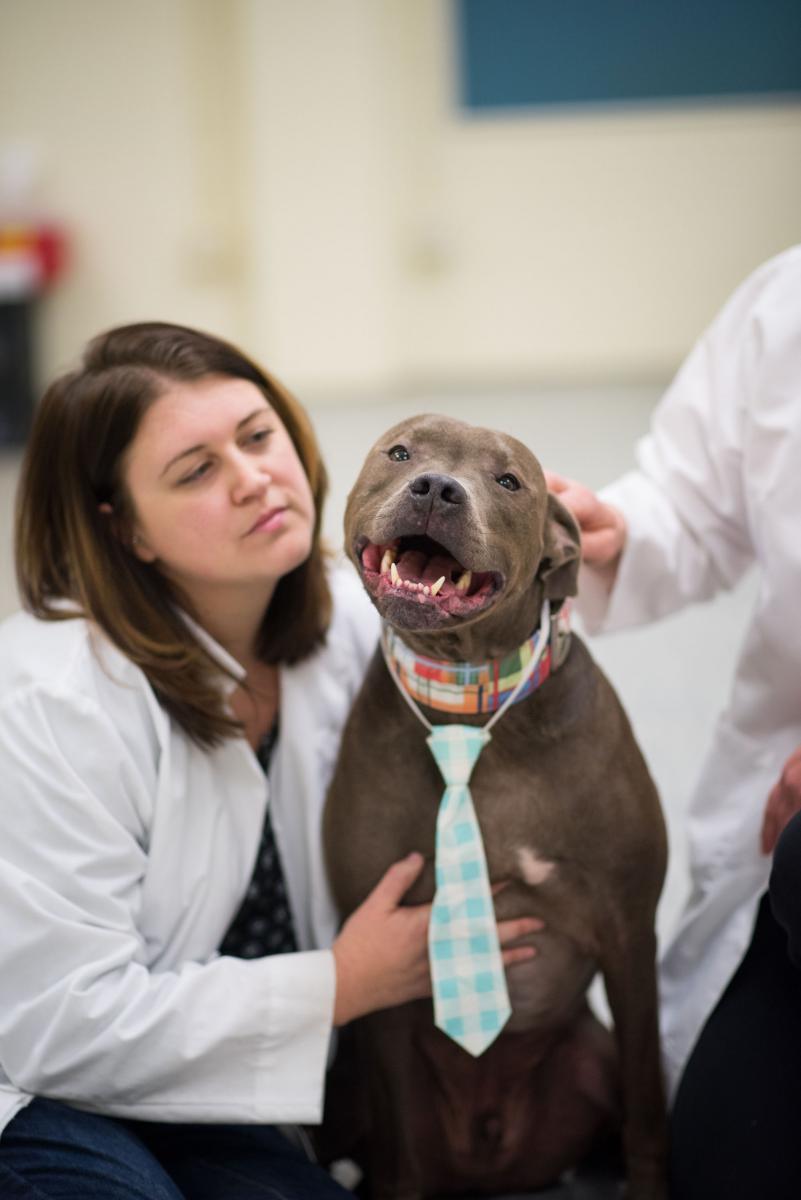 (photo courtesy of NC State Veterinary Medicine)BRANT INMAN, MD, MS, is skilled at the major sur­geries that no one wants to be unlucky enough to have.

“I’m the guy who when you’ve got a tumor this big, you call to take it out,” says Inman, holding his hands up in the shape of a grapefruit. “Yesterday I removed two bladders and replaced them.”

But Inman, the Cary N. Robertson Associate Professor of Urologic Oncology and vice chief of urology, would prefer to put himself out of business; he has set his sights on preventing bladder cancer. He sees more and more cases in younger patients, and in people who don’t smoke cigarettes, which is thought to be a factor in more than half of cases.

“I’m convinced there’s something in the environment,” Inman says.

That’s why he’s collaborating with Matthew Breen, DVM, a researcher at the NC State Universi­ty College of Veterinary Medicine, to study patterns of the disease in both pet dogs and in humans.

“Dogs don’t smoke, so why are they getting bladder cancer?” Inman says. 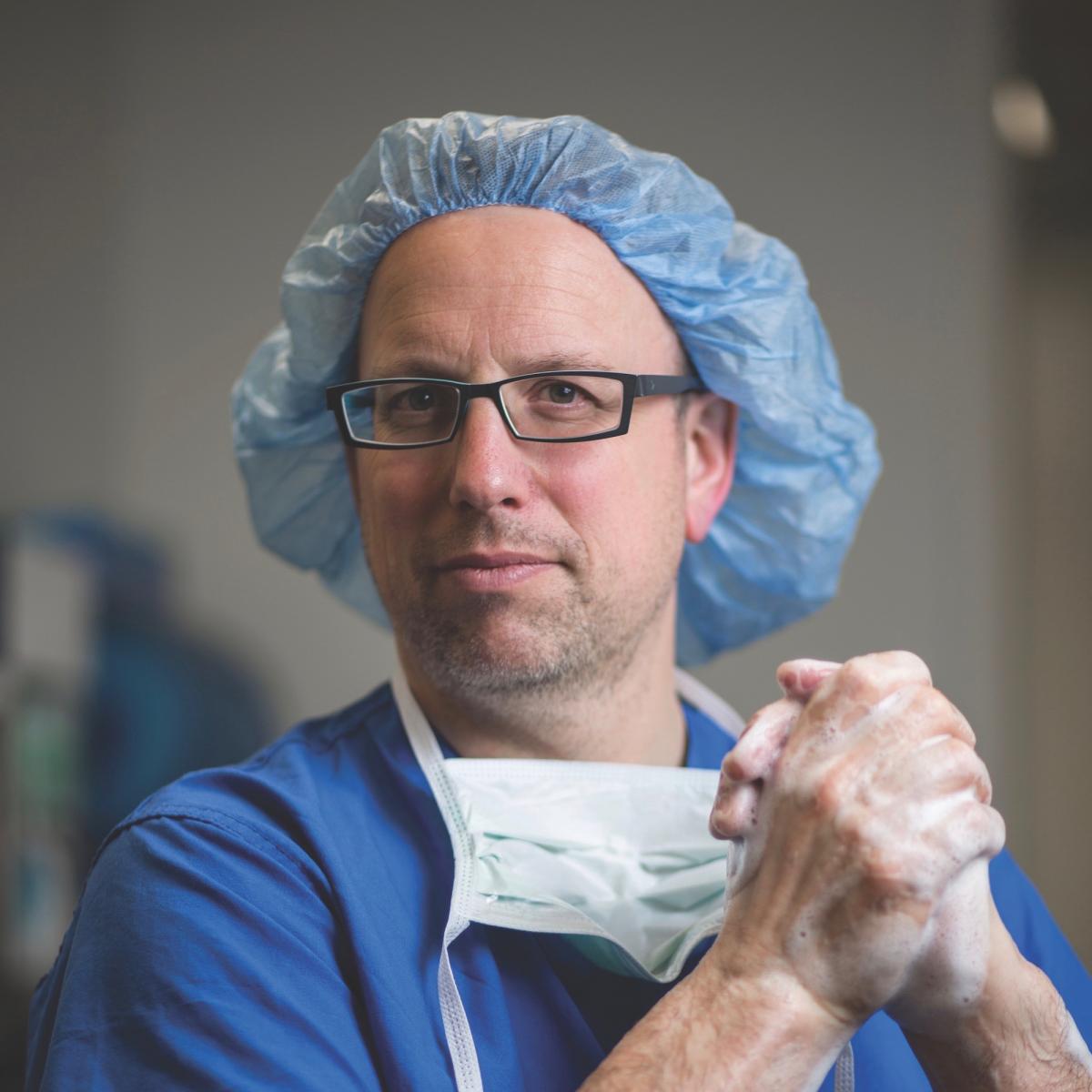 BRANT INMAN, MD, MS (photo by Shawn Rocco)In their respective labs, they take bladder cells from humans and dogs and expose them to common environmental chemicals like cadmium and arsenic and then analyze the resulting genetic mutations. They’re looking for “signatures” or patterns in mutation that are unique to particular chemicals. If they find reliable signatures, maybe one day they can simply sequence the genes of a tumor sample to trace the cause of the cancer.

Inman also works to perfect immuno­therapy. In 2007 he published the first research describing the role of the pro­tein PD-L1 in bladder cancer. That work helped lead to the approval of immunotherapies called PD-L1 inhibitors that today are showing success in treating the disease. But he isn’t satisfied.

“PD-L1-targeted treatments in bladder cancer work to some degree, but they cure very few people. What can we do to make it better?” he says.

He works with Tuan Vo-Dinh, the R. Eugene and Susie E. Goodson Professor of Biomed­ical Engineering at the Pratt School of Engineering at Duke, to explore using heat and nanotechnology (the science of extremely tiny things, on the scale of atoms) to improve immunotherapy. 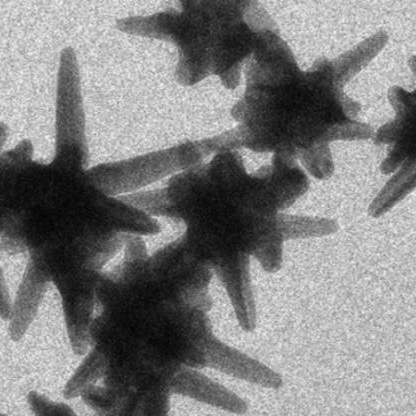 Gold nanostarsVo-Dinh has developed a technology called gold nanostars—tiny, star-shaped particles that will accumulate in tumors. When heated with a laser, their spiky tips take up the heat efficiently, helping kill cancer cells. In mice with tumors, the researchers found that immunother­apy alone slowed the tumor growth, but didn’t stop it, and the mice eventually died. But when gold nanostars and heat were added, some of the mice appeared to be cured.

Several mice were immune to developing cancer even when injected with more cancer cells, suggesting that the immunotherapy plus the nanostars provided a vaccine-like effect. Funded by the Department of Defense, the collab­orators are conducting larger studies in which they hope to improve on these re­sults, which were published in Scientific Reports in August 2017.

“We found one combination that worked, but is that the best one?” Inman says. “Can we admin­ister the treatment in a method that can eradicate the cancer in all of the mice completely, every time?”

Join the fight: You can help find the answers to defeating bladder cancer and other urologic cancers. To learn how to get involved or to make a gift, visit prostateurologiccenter.dukecancerinstitute.org.