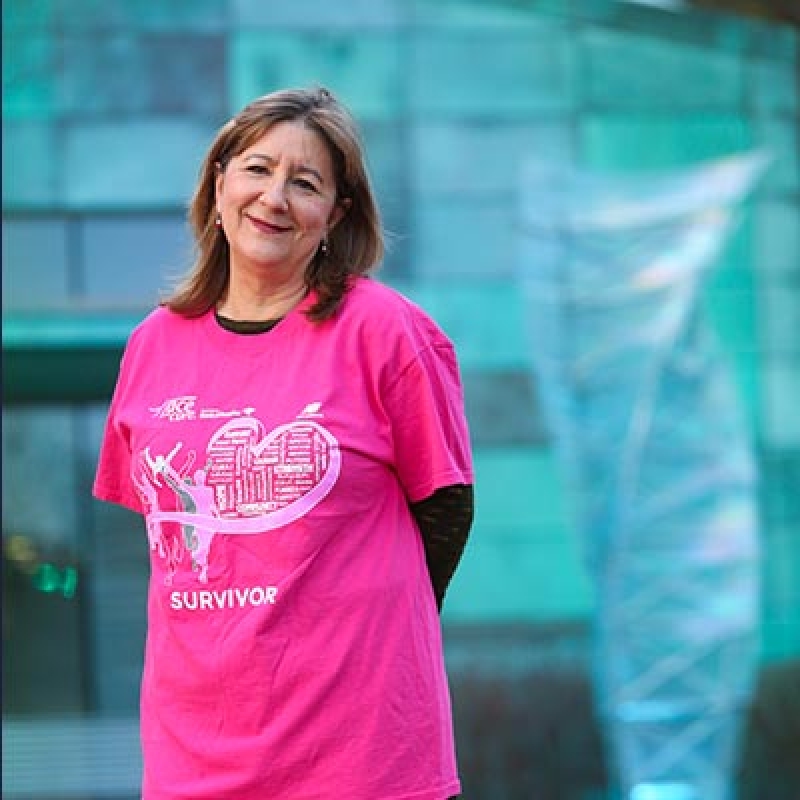 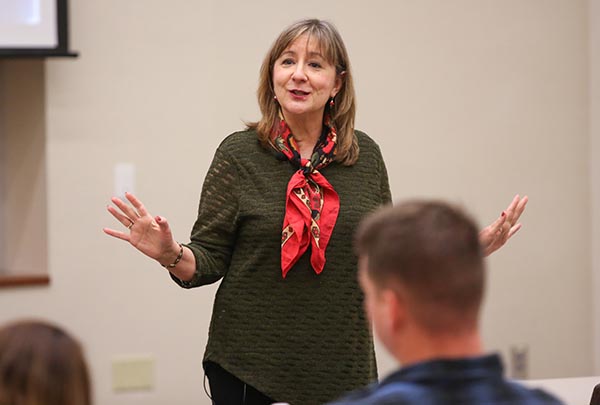 Pam Kohl, executive director, Triangle Chapter of the Susan G. Komen FoundationOn an unseasonably warm February night, Pam Kohl tells a group of 20 of her most important friends that she has just been diagnosed with metastatic breast cancer.

Her friends are members of the organizing committee for the May 2017 annual Triangle Race for the Cure, the largest fundraiser of the year for the Triangle to the Coast Affiliate of the Susan G. Komen foundation, where Kohl works as executive director.

With remarkable composure, Kohl tells the group that her doctors are devising for her a “cocktail” of various medications that she hopes will give her good quality of life for years.

“That cocktail will work, until it doesn’t,” she says. “And then I hope, because of our work and more research, there’ll be another cocktail to take its place. And then another. Together, we will find a way.”

Kohl first fought breast cancer seven years ago, before she began working at Komen. Duke doctors treated it with a lumpectomy and radiation. Then she took endocrine therapy for five years, to suppress the hormones that were feeding her cancer, which was estrogen-positive.

“Just taking that daily bullet,” she says, with her deep-throated laugh.

“It used to be that every woman who had breast cancer had the exact same treatment. We didn’t know that breast cancer was really a lot of different cancers,” Kohl says. “Because of funding from Komen and others, doctors can provide personal treatment. I’m living proof that research matters.” 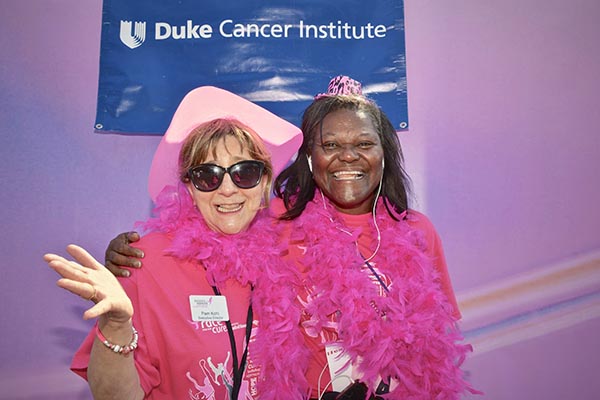 While hosting last year's 5K, Kohl enjoys a moment of levity at the DCI's photo booth as she poses with Valarie Worthy, MSN, RN, DCI patient navigation manager.She’s also proof that scientists have much more to understand. Testing of the genetic mutations in Kohl’s first tumor (oncotyping) had classified it as at very low risk for recurrence.

And she was treated with the state-of-the-art protocol for her cancer type. So this new diagnosis is a curve ball, as Kohl says.

Kohl’s cancer was uncovered by her annual mammogram, which she gets every October (Breast Cancer Awareness Month).

She had a mastectomy at Duke Cancer Center, but the tumor tissue was too small to be oncotyped. That led to consultations among her doctors at Duke Raleigh, radiation oncologist Carol Hahn, MD, and medical oncologist Michael Spiritos, MD, who decided to send Kohl’s case to a tumor board for perplexing cases. In preparation for that, Kohl requested a PET scan, which uncovered a spot on a lymph node near her lung. A biopsy revealed metastatic breast cancer.

She urges other women to get their annual mammograms and to advocate for themselves, as she did in requesting the PET scan.

“I’m lucky that I live in the Triangle and I have Duke Raleigh, and I’ve got Duke Cancer Institute, and they work together,” Kohl says.

She has been at work throughout her journey to this diagnosis, including the day before her lymph node biopsy. She says her experience makes her feel closer to the women she serves at Komen every day.

“I have sick leave. I have transportation. So many of the families that Komen works with on a day-to-day basis aren’t that lucky,” Kohl says. “My work is more important to me now than ever.”