What Does Heart Disease Have To Do With Cancer?

May 9, 2018
By: Angela Spivey, Duke University School of Medicine 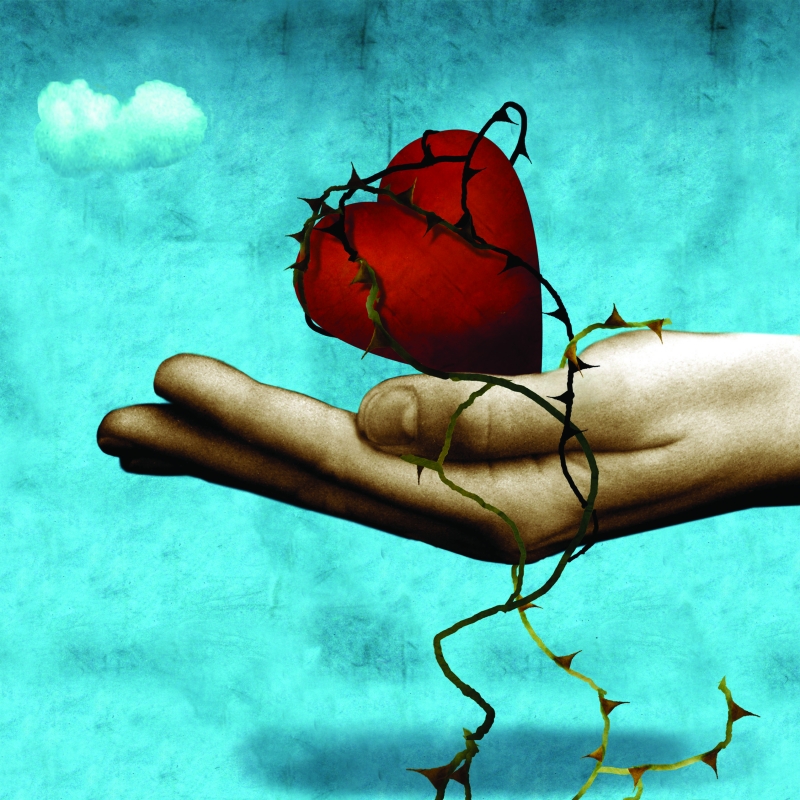 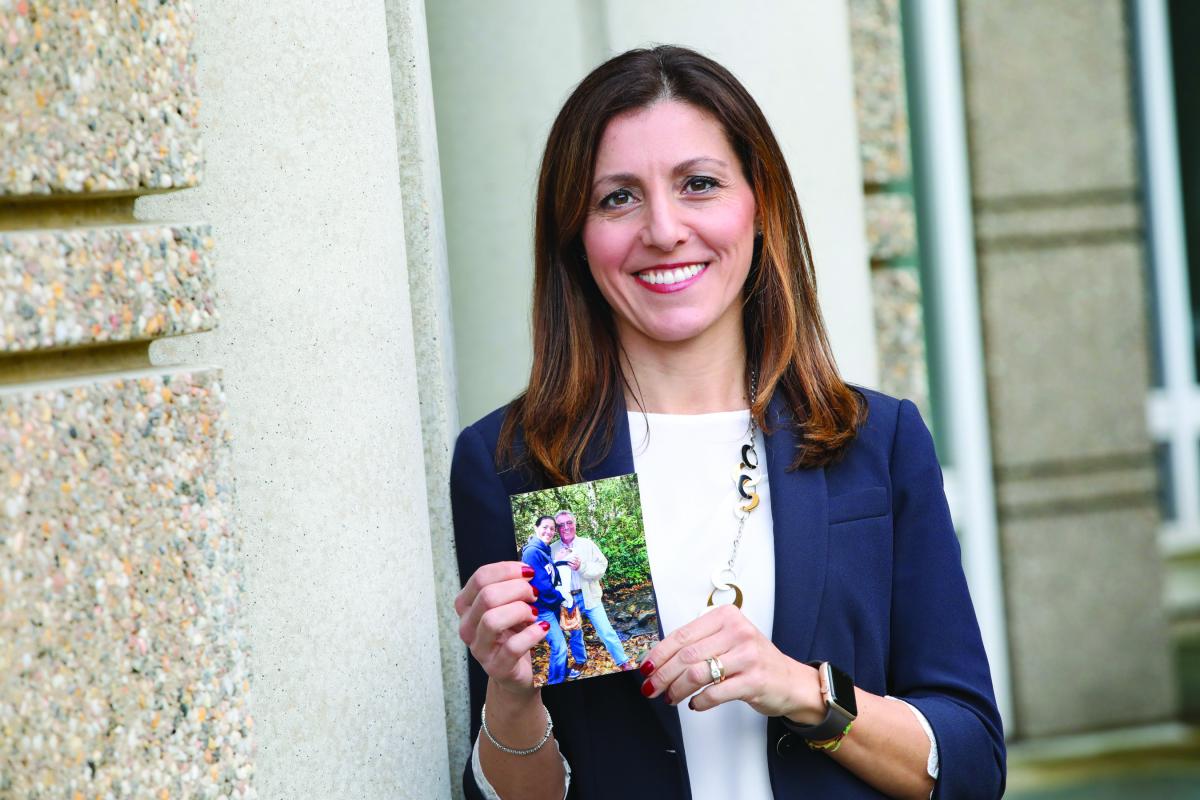 Cardiologist CHIARA MELLONI became interested in the emerging field of cardiooncology—the intersection of heart disease and cancer—after her father developed heart problems in the midst of being treated for lung cancer.In 2017, Chiara Melloni, MD, a cardiologist and researcher at Duke Clinical Research Institute, and colleagues published results of one of the first studies to look at management of patients with both cancer and atrial fibrillation (a type of irregular heartbeat).

The study may not have happened if it weren’t for a phone call that Melloni received from her dad in 2005, telling her that he had an abnormal finding on a CT scan. Melloni, who had just found out she was pregnant with her first child, immediately flew back home to Italy, and she was there with her parents when her father was diagnosed with lung cancer.

After surgery, radiation, and chemotherapy, her father, a middle-school math teacher who had been active and healthy before the cancer, developed atrial fibrillation, and a few months later his heart muscle was not pumping as well as before.

“He was treated poorly for the atrial fibrillation and heart condition,” Melloni says. His doctors were not even sure if the usual treatment for the condition was safe for a patient with cancer. “As a cardiologist, I didn’t really understand this,” Melloni says. “He didn’t have a heart problem before. Why is his heart falling apart?”

Melloni, an assistant professor of medicine, later learned that what happened to her father was not unusual. A whole field of research and clinical care, called cardio-oncology, has developed to improve treatment of patients who have both cancer and cardiovascular disease, whether the heart disease may occur before the cancer, during cancer therapy, or afterward.

Cancer and heart disease can go hand in hand for many reasons. Cancer treatments, including surgery, can worsen cardiac risk factors and accelerate development of heart disease, including coronary artery disease and abnormal heart rhythms. Traditional chemotherapies and newer cancer treatments can weaken the heart muscle and increase risk for heart failure. (In fact, in February 2018, the American Heart Association issued its first-ever statement on heart disease risks, prevention, and treatment after breast cancer treatment.)

And, as cancer treatments have improved, many cancer survivors are living to older ages, when heart disease most often strikes. According to the National Cancer Institute, cardiovascular issues are the second leading cause of death among cancer survivors, second only to recurrent cancers. 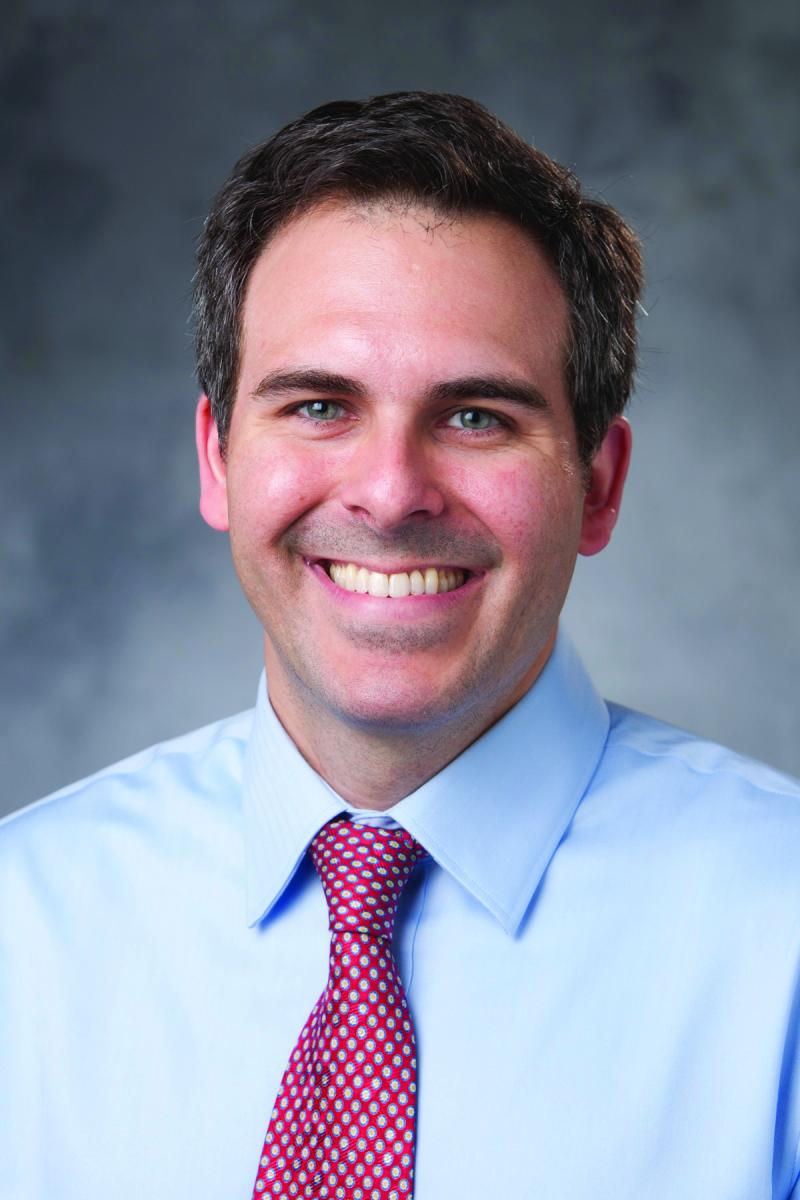 MICHEL KHOURI directs Duke's Cardio-oncology Clinic, which helps cancer patients who are also fighting heart disease or who experience cardiovascular side effects of cancer treatments.One of the primary goals of cardio-oncology is to keep cancer patients’ hearts healthy so they can continue to fight the cancer. Carolyn Harraway-Smith, MD, an obstetrician-gynecologist in Greensboro, North Carolina, knows that from firsthand experience. In 2016, she was being treated at Duke for a blood cancer called multiple myeloma when she began taking a relatively new targeted cancer therapy. It caused her major problems. She would get a dose on a Friday, and over the weekend she was so debilitated she couldn’t even walk up the stairs in her home. By Monday, she would be recovered enough to go back to work. Her cancer doctors assured her that these were part of the known respiratory side effects of the drug.

“I was worried about the transplant being delayed, but because the echo was so abnormal, I was more worried about the potential for something else being wrong with my heart that I had no idea about,” she says.

Harraway-Smith was referred to Michel Khouri, MD, a cardiologist and assistant professor of medicine who runs the cardio-oncology clinic at Duke. Khouri immediately predicted that Harraway-Smith’s heart problem was a transient side effect of the cancer drug she was taking.

He suggested that they discontinue the drug, wait two weeks, then do another echocardiogram. When they did, they could see that her heart function had rebounded.

“After my very first visit, once he theorized what was going on, I knew that that was the case, and I felt completely confident in his ability to further manage my care,” Harraway-Smith says.

She was able to have the stem cell transplant as scheduled, and she didn’t have to endure extensive cardiac tests or take heart medications that she didn’t need. Today, she is doing well and is head of her department at Cone Health Women’s Hospital.

Punching the Heart in the Face 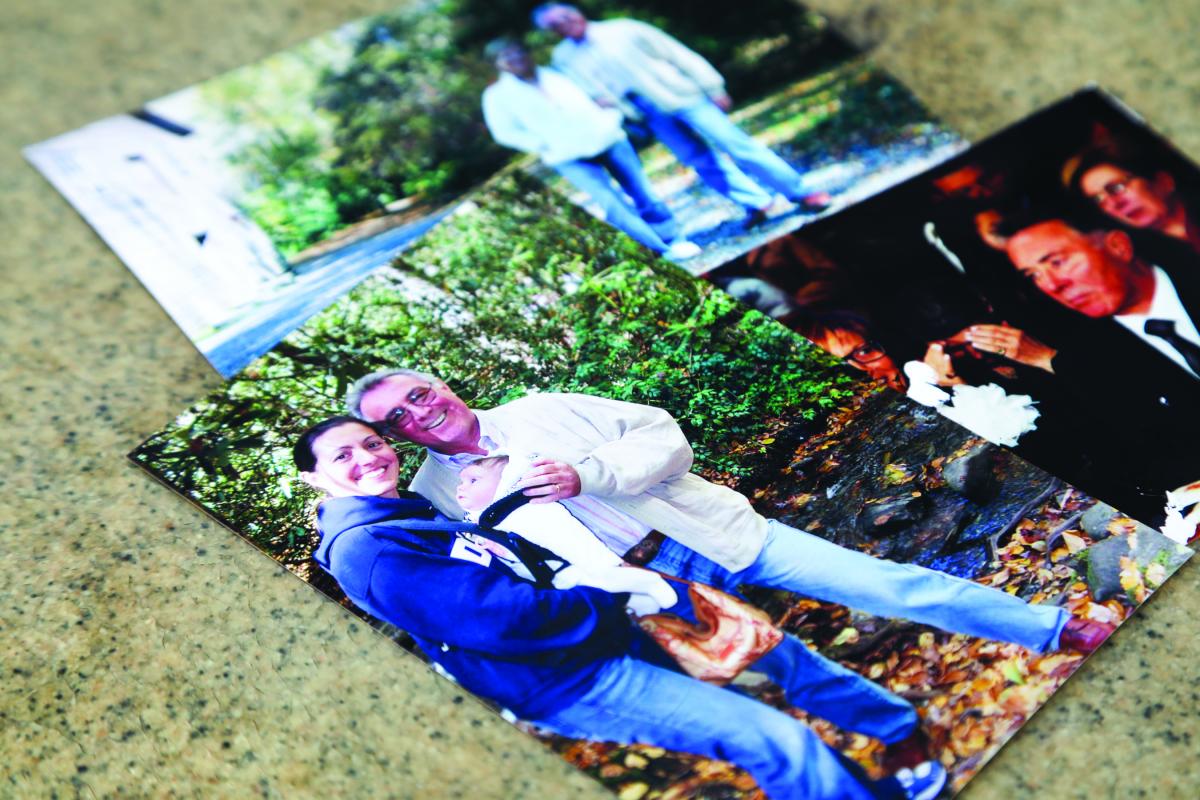 DURING HIS CANCER BATTLE, Chiara Melloni's father, Loris, visited from Italy several times and met his two grandchildren. He lost his fight with the disease in 2009. (photo of snapshots by Ken Huth)Khouri explains that many new therapies target cancer cells more specifically and effectively than traditional chemotherapies. But some of these drugs can cause unintended damage to the heart. Scientists have recently found that heart cells and cancer cells can share pathways, and in some instances, a pathway that fuels growth in the cancer cell can also be a protective pathway important to survival of heart cells and maintaining normal heart function.

“When you attack that target in the cancer cell, you can also collaterally attack it in the heart cell, and stun the heart's function; it’s kind of like you punched the heart in the face,” he says. In some cases, if you stop the drug, the cells can recover, and heart function can normalize.

The field of cardio-oncology, though relatively new, is addressing a problem that affects a large and mostly unstudied group of patients. For instance, in Melloni’s 2017 study, which analyzed a registry of 10,000 patients with atrial fibrillation, 25 percent of them also had a history of cancer. The people with cancer had similar outcomes, except that they were at increased risk of major bleeding events.

“It's an early study, but it is one of the first to even describe patients with both atrial fibrillation and cancer,” Melloni says. “This population is very common, but we just don’t know that much about them.”

Melloni’s father battled his heart condition and cancer for four years. After his initial surgery and radiation, he was able to fly to the United States to meet his first grandchild—a girl named Giada. He visited the United States several more times, and Melloni flew to Italy as often as she could. 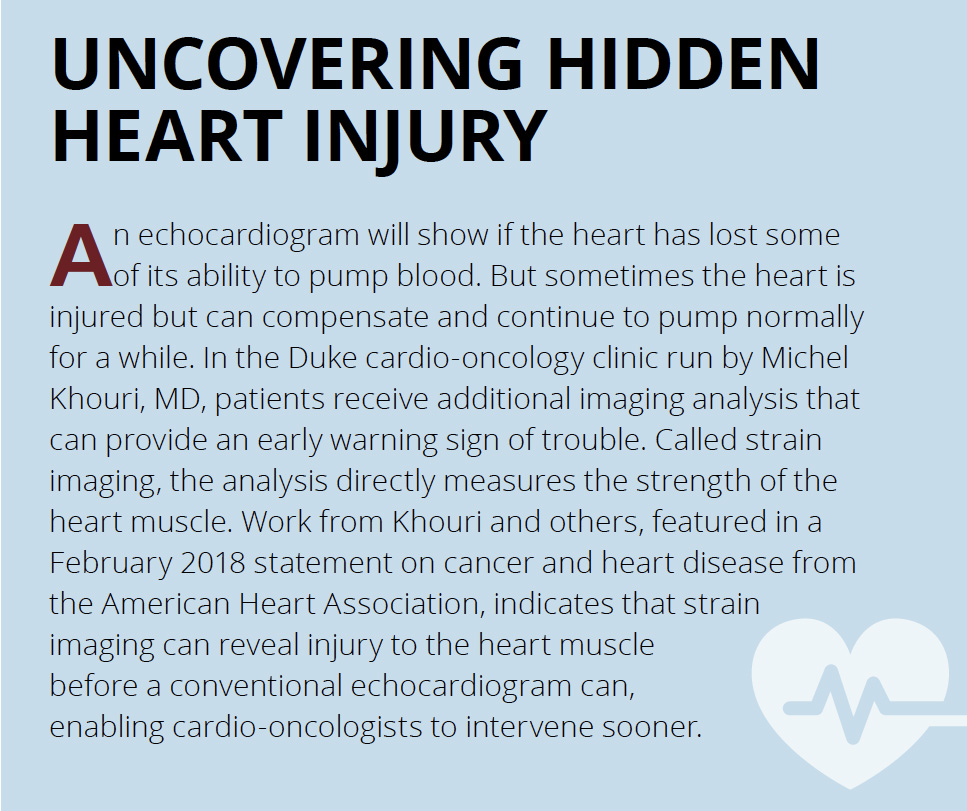 “He was fighting to live,” Melloni says. “He said ‘I want to see you, I want to see the grandkids.’ He was not ready to go.”

During his last trip to the United States, he got to meet his second grandchild, Rebecca. In 2009, he lost his battle, to pulmonary embolism as well as spread of the cancer.

Those four years that her father fought cancer, which Melloni says was one of the most difficult times of her life, led her to pursue cardio-oncology. In 2014, she attended one of the first conferences held in the new field, in Rome. When she returned to Duke, she began looking for others who were interested in this problem. Colleagues connected her with Khouri as well as Gretchen Kimmick, MD, a breast oncologist who became interested in the field after observing many of her older breast cancer patients developing heart problems; and Michael Harrison, MD, a medical oncologist who is conducting a clinical trial of exercise to improve heart function and fitness in prostate cancer patients. They and others have formed a group that meets regularly to brainstorm ideas for expanding cardio-oncology research and clinical care efforts at Duke.