Back In The Game, ChadStrong 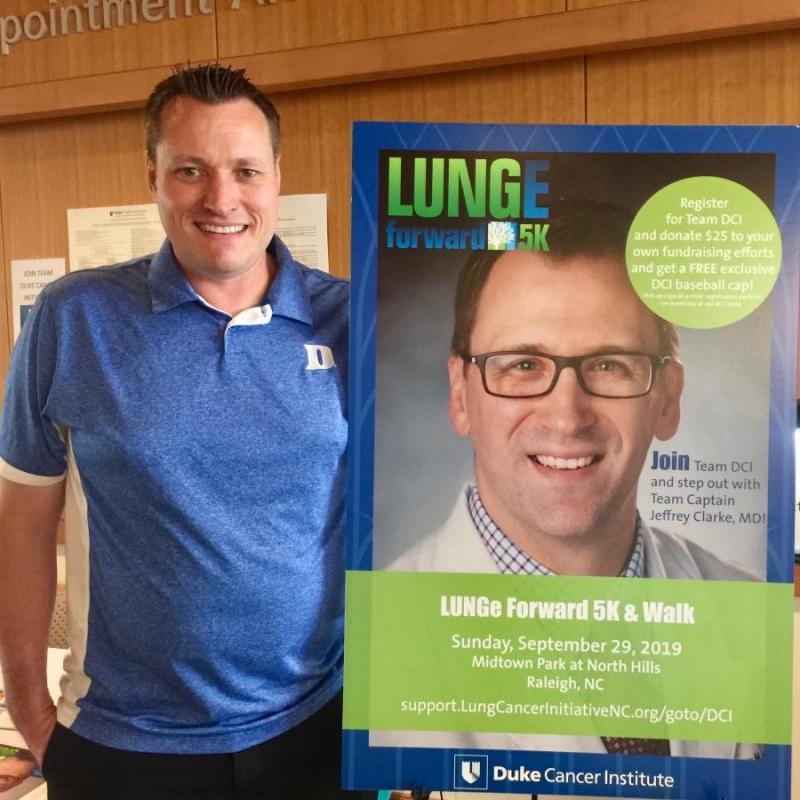 Life threw Chad Eddy “a curve ball" when a simple back pain escalated into something much bigger. Now, in recovery, he's giving back.

Chad Eddy, a Raleigh resident from upstate New York was excited for his 40th birthday, March 20, 2019. His wife Missy had promised, “This year we’re going to go big.”

So, the couple, who didn’t travel very often, set off with their families for Orlando, Florida, to chill at the pool, enjoy some beach time, and take in a spring training Yankee game.

There was much to celebrate. Life, no less.

A year before, in the span of a month, Chad had gone from feeling perfectly normal, to experiencing numbness in his leg, increasing pain in his back, and limited mobility.

No abnormalities were found in an x-ray. Neither a cortisone shot nor physical therapy worked.

“Just being an athlete, I’d had injuries, but it wasn’t like I could walk it off, I knew that something needed to be fixed, bad,” recalled Chad. “It got to the point where I had to pull on my leg to move it. It was very scary.”

“He was basically the picture of health,” added his wife Missy. “Then suddenly, he could hardly walk. He was only 39.”

Finally, an MRI revealed a tumor — likely malignant — that had broken his vertebrae. The couple barely had time to process the news, when less than 24 hours later, Chad fell, immobilized by the pain of a severely compressed spinal cord that had weakened his legs. He was rushed by ambulance to Duke University Hospital.

That day, May 16, 2018, he underwent a four-hour spinal surgery that included the removal of a cancerous tumor and the insertion of eight screws and a rod in his spine and a cage in between the vertebral bones.

“The morning after surgery, I wanted to prove to Dr. Goodwin that I could walk so I did,” said Chad. “I took two little steps and he said, “Alright, now rest up some.” On the second or third day I was able to walk down the stairs and was cleared to check out of the hospital. Dr. Goodwin said that I was one of the most positive patients he’s ever had.”

“His ability to go from not walking to walking is a major predictor of his overall survival,” said Duke neurosurgeon Rory Goodwin, MD, PhD, who co-leads the Duke Center for Brain and Spine Metastasis and performed Chad’s spinal surgery.

However, with a diagnosis of stage 4, metastatic, non-small cell lung cancer — lung cancer that had spread to his spine — Chad needed treatment beyond surgery.

The couple was shocked that Chad had cancer at all and that it had advanced so quickly. And how did he get lung cancer? Chad wasn’t even a smoker.

According to Goodwin, the fact that Chad didn’t discover he had lung cancer until it had already spread to the spine, is not uncommon.

Neither is it uncommon for someone who doesn’t smoke to get lung cancer. While smoking is the leading cause of lung cancer, 18 to 20% percent of lung cancer patients, like Chad, have never smoked. Sixty percent, at the time of diagnosis, will have already quit.

Chad said he didn’t dwell too much on the cause. After a successful surgery and brief recovery, he just wanted to know the game plan.

Chad was referred to thoracic oncologist Jeffrey Clarke, MD, who advised genomic testing — a non-invasive “liquid biopsy” of the tumor DNA and tumor cells in his blood — to identify possible treatments. The test revealed that Chad’s cancer was caused by a particular mutation in the EGFR gene which was driving his cancer cells to grow.

Fortunately, a new drug had just been FDA-approved for patients with new diagnosis of lung cancer — osimertinib (brand name: Tagrisso) — that had been shown to bind to the EGFR protein and shut down cancer growth. First, Chad would first undergo 10 radiation sessions with Duke radiation oncologist Jordan Torok, MD.

He started taking osimertinib in June 2018, and toughed out the “hard work” of physical therapy to rebuild his strength. Chad was back at his customer service job part-time, then full-time, within a couple months of surgery.

Now, six months since his 40th birthday and nearly a year-and-a-half-out from his initial diagnosis, his cancer has responded very well to his treatment.

“I’ve been delighted with how he’s done in the past year and very happy to see that he’s fully enjoying life,” said Clarke.

Chad’s been invited to speak about his experience with stage 4 lung cancer — what Missy calls his “road to victory” — at this year’s LUNGe Forward 5K. The event, hosted by the nonprofit Lung Cancer Initiative of North Carolina, raises awareness of and research funds for the number one cancer killer in America.

“I think the fact that everyone helped tremendously to get me back on my feet and back to normality made me want to help out others by sharing our story,” reflected Chad. “Now, we just want to give back.”

In addition to preparing his speech for the event, Chad’s gone one step further. He’s started training, with Missy, to jog the 5K, and has formed a fundraising team — ChadStrong — that’s already raised $1,220.

“I might be a little tired or sore, but my muscles have really loosened up in the last couple months, and it just feels really good,” said Chad, who’s been walking 10,000 steps a day and playing tennis over the past year. “Dr. Goodwin gave me the OK to do pretty much anything (physical), except to hold off on roller coasters and bungee jumping, and, if I was going to be jet-skiing, not to be the one ramping and falling off.”

Chad and Missy recently stopped by a LUNGe 5K sign-up table at the Duke Cancer Center to show support for the cause. Sandy Oehler, director of special events for the Lung Cancer Initiative of North Carolina, gave them a hug.

When Oehler was treated for stage 1b lung cancer 16 years ago, at about the same age as Chad, she had two-thirds of her lung removed and underwent a harsher course of radiation and chemotherapy than what most patients get today, and with still lingering side-effects.

Cancer treatment has advanced by leaps and bounds since then. Oehler’s gratified to see patients like Chad benefitting from scientific advances, including new therapies and better technology in surgery and radiotherapy. And she’s proud that her organization is doing its part to support that progress by funding research at Duke Cancer Institute and elsewhere.

“There’s real hope out there now,” she said.

"No one deserves lung cancer. If you have lungs, you can get lung cancer.” — The Lung Cancer Initiative of North Carolina 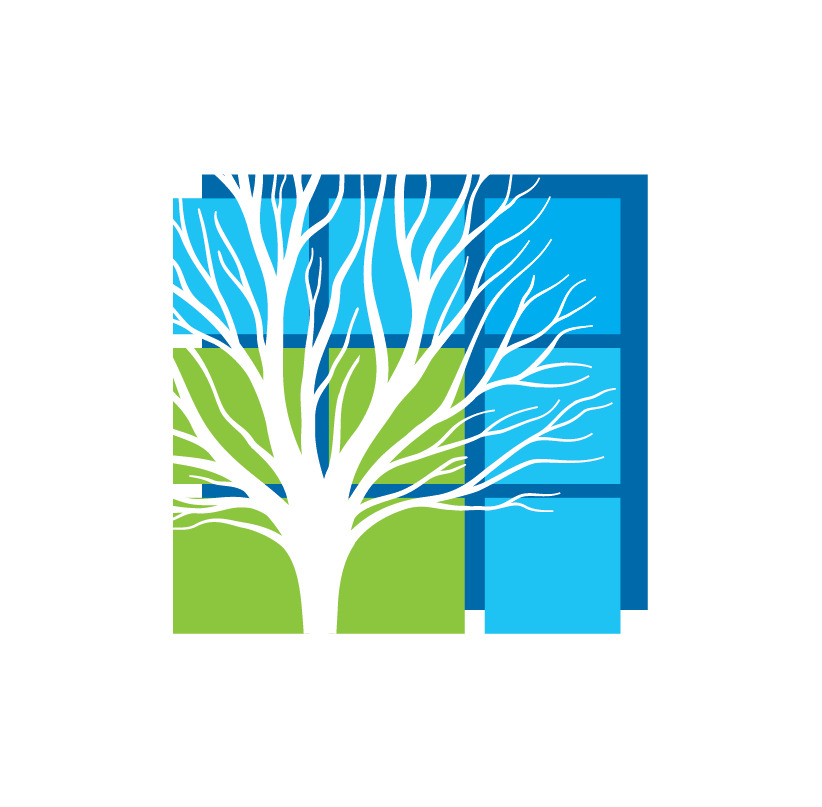 Since 2008, the Lung Cancer Initiative of North Carolina, through its fundraising, has granted more than $1.8 million to lung cancer researchers in the state, including to Duke researchers. The initiative also provides educational materials and helps patients, survivors and family members connect with the medical and research community. Access grants of up to $10,000 are given to institutions to improve patient access to screening, treatment, clinical trials, and comprehensive biomarker testing, and gas cards are offered to patients to ease the financial burden of patients travelling for treatment.