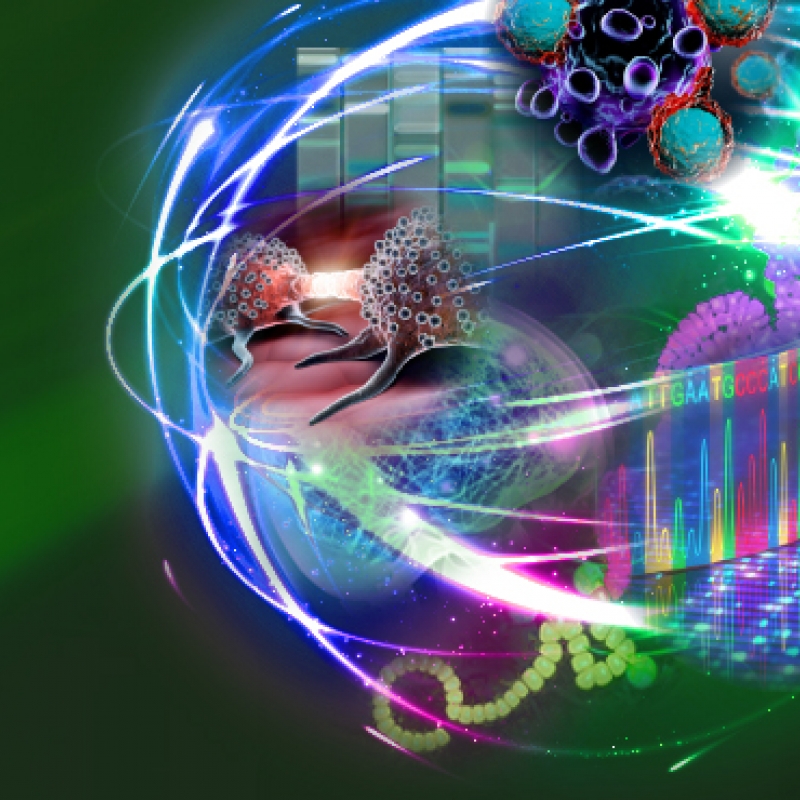 The American Association for Cancer Research (AACR) has named Jen-Tsan Ashley Chi, MD, PhD, as co-winner of the Molecular Cancer Research Michael B. Kastan Award for Research Excellence on behalf of his all-Duke research team for their paper — A TAZ-ANGPTL4-NOX2 Axis Regulates Ferroptotic Cell Death and Chemoresistance in Epithelial Ovarian Cancer.

The Michael B. Kastan Award for Research Excellence is formally bestowed on the first or corresponding author of an article in Molecular Cancer Research (the flagship AACR journal for fundamental cancer research discoveries) that's had a significant impact on the fields represented by the journal, but all co-authors are named as recipients of the award in recognition of the importance of team science. The MCR editor-in-chief and two additional editors for the journal select the award recipient (s) — prioritizing those articles that “have the potential to shift paradigms, inspire translational activity, and raise awareness of new scientific areas” and which are “representative of the journal in terms of originality/ novelty, scientific/clinical merit, and/or impact/significance."

Given yearly since 2019, the award was established by AACR in 2018 in honor of Michael B. Kastan, MD, PhD, the journal's founding editor-in-chief (in 2002). (Kastan, who has served as executive director of Duke Cancer Institute since 2011, plays no role in the selection process.)

AACR created the award in recognition of Kastan’s “vision and dedication to publishing exceptional scientific findings” that facilitated the field’s understanding of factors that influence cancer development and progression at the molecular level.

“It has been humbling that the AACR has honored me in this way for my efforts with this journal over the years," said Kastan, an experienced investigator recognized for his discoveries in molecular biology, signal transduction and DNA damage and repair, "but I have to admit that having the award go to a DCI member this year is truly special. Dr. Chi is an exceptional scientist and I am so proud to have him as a colleague.”

“I feel very honored to receive this prestigious award named for Dr. Kastan and I appreciate the excellent work of my lab members, especially first author Wen-Hsuan Yang and Susan Murphy,” said Chi.

Chi and his team have found, through nutrient drop-out screening/testing of 15 amino acids on a panel of nine clear cell and serous ovarian cancer cells, that most ovarian cancer cells need and are addicted to cystine — an amino acid (protein building block) that’s found in most high-protein foods, including chicken, turkey, yogurt, cheese, eggs, sunflower seeds and legumes.

Depriving ovarian cancer cells of cystine, they discovered, leads to ferroptosis — a form of iron-dependent regulated cell death. Cystine deprivation starts this process of necrosis by generating a pore in the cell membrane that allows water to enter the cell, resulting in its death.

Conventional chemotherapy, meanwhile, triggers a different form of cell death called apoptosis. Because these two methods use different mechanisms to kill cancer cells, cystine deprivation may be able to kill tumors that have proven resistant to some chemotherapy treatments.

“Ovarian cancer cells have a special need for outside nutrients that may allow us to pre-emptively reduce or eradicate the recurrent disease. Just as we require food (sugars or proteins) and oxygen to live, our cells also rely on outside nutrients they must obtain from their environment for their survival,” Chi explained. “Compared to normal cells, cancer cells often have increased and different demands for nutrients from the surrounding environment, including the extracellular amino acid cystine, for survival. The removal of cystine rapidly triggers a special kind of cell death called “ferroptosis” that even resistant cells are still sensitive to. Most amino acids, when you take them out, the cancer cells just stop growing, but they can still live. Cystine they just can’t deal without, and they die very extensively.”

In addition, the research team found that the cell density makes a difference as to how sensitive the tumor cells are to cystine deprivation. While tumor cells grown far apart were very sensitive to cystine-deprived death, the same tumors became much less sensitive when grown crowded together. This discovery led them to the conclusion that a cell density sensor, TAZ, actually promotes the ferroptosis of the ovarian cancer cell lines. Since TAZ is an important protein regulating tumor growth and metastasis, their results suggest that ferroptosis may be particularly effective in TAZ-activated tumors.

This research — reported out in the team's award-winning MCR paper — was partially funded, noted Chi, by a previous DCI pilot grant award to him and Murphy. The work will be further supported by a U.S. Department of Defense Ovarian Cancer Research Program grant to determine the therapeutic potential of using ferroptosis to fight chemotherapy-resistant ovarian cancer tumors. The team will attempt to remove cystine in mice (from those with ovarian cancer and also from those with renal cancer) using a novel form of recombinant cyst(e)inase — a human-engineered enzyme that acts on TAZ-activated tumors to trigger this ferroptosis.

Recombinant cyst(e)inase is currently being developed by a drug company for clinical trials in various other (non-cancer) diseases.

“We believe that triggering ferroptosis in cancer cells may overcome resistance to chemotherapy in ovarian and other TAZ-activated cancers as novel treatments,” said Chi, who’s spent the past 10 or 11 years investigating and publishing on the nutrient addictions of cancer cells in breast, ovarian and kidney cancers. “We have also found cystine addiction in triple-negative breast cancer cells and in renal (kidney) cancer cells that have lost the VHL tumor suppressor genes.”

Chi added that treatment with cyst(e)inase could be further enhanced by adding immunotherapy or radiation to the treatment mix.

"Dr. Chi is an exceptionally creative scientist," said Steven Patierno, PhD, an internationally recognized expert in cancer control, cancer causation and molecular carcinogenesis who serves as deputy director of DCI. "He and his team are at the forefront of a rapidly evolving and critical aspect of translational cancer biology, at the intersection between tumor cell addiction to specific micronutrients and activation of novel pathways of cell death that may further sensitize tumor cells to targeted therapies. The pathways that this team are teasing out are themselves highly druggable and may be targets for future precision oncology approaches. Dr. Chi is highly deserving of this extraordinary award."

The awardees and their winning papers are being highlighted this week at the 2021 (virtual) AACR Annual Meeting — April 10 to 15. (Week two will be held from May 17 to 21). The award is accompanied by a $500 cash prize and a certificate to each of the team leaders.

Previous winners of the Michael B. Kastan Award for Research Excellence include Mohamed E. Salem with Levine Cancer Institute (2020) and Kenjiro Sawada with Osaka University Graduate School of Medicine, Suita, in Japan (2019).